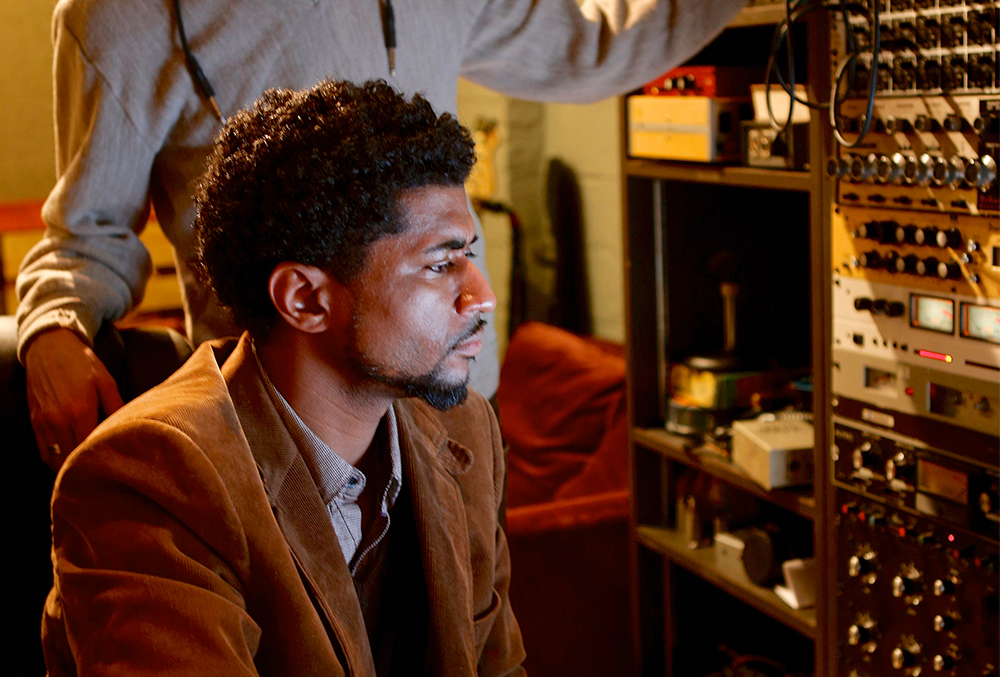 The essence and sound of analog tape is making a comeback.

The 38-year-old record producer, audio engineer, hip-hop artist and inventor reads electronic instruction manuals for leisure. When he’s not MacGyvering in-studio equipment hacks — like a PVC 90-degree “elbow mic” or a Michael Jackson-inspired blanket kick drum cover — he designs custom microphones for the likes of Pink, Tony Bennett, Kanye West and the anchors of NPR’s Snap Judgment under the umbrella of his Maryland-based company, JJ Audio.

Last month, Masingale presented a new device at the 139th international convention of the Audio Engineering Society in New York City. That device, called Zulu, simulates the behavior and character of analog tape, and it has the potential to transform the recording industry.

“I was completely blown away,” said Alan Evans of the first time he heard a recording with Zulu. Evans is a producer, audio engineer and drummer for acclaimed funk-jazz trio Soulive. “There’s a lot of stuff about tape that I don’t like, but the sound and feel is great. These days, everyone is trying to get back to that.”

Evans is right. Vinyl record sales in the United States have been quietly but steadily climbing since 2007. From 2014 to 2015 alone, vinyl sales increased 52.1 percent. That’s a staggering margin for a medium eulogized and left for dead by the 1990s-era digital music boom.

The digital boom has overtaken the recording industry, with programs like Pro Tools now industry standard. Meanwhile, analog tape decks gather dust in the corner, and not without reason. The logistics of storing, repairing and servicing both the tape and the machines on which they run is expensive and cumbersome. StudioDOG Pro recently had its Studer tape machine serviced and repaired for a hefty $10,000.

Zulu solves both the mechanical and financial drawbacks of tape. Its inner workings are a trade secret, but the butter-colored, two-channel, 6-by-6.5 box rings in at $400, an accessible price for big-name studios and garage-band freelancers. The device will be manufactured in Syracuse by BBD Coaters Inc. and Screen Graphic Art, Inc., with the metal body outsourced to Little Rock, Ark.

That local production is imperative to Masingale, who’s lived in cities across the country but makes his home here. He was born in Syracuse on May 14, 1977.

“When I was 8, hip-hop music was taking the city by storm,” said Masingale. He remembers riding his bike to Thornden Park and being enraptured by the frenzy of freestyle rap battles and break-dancers spinning on cardboard washing machine boxes.

“I lived in the ’hood, but then you could go a couple thousand feet and you were in Westcott Nation,” he said. “It was this really odd but beautiful mix of cultures that kind of infringed on one another.”

Masingale’s love for the city is underscored by a dire concern for the kids who live here, and a desire to invest in their potential. One of his proudest achievements is the work he’s done with local teens in his 10-week after-school program, Audio Pups.

Zulu is the first product from Masingale’s new equipment company, Handsome Audio. He plans to employ, teach and mentor Syracuse city high school students with paid positions in every aspect of the business: from the production skills of soldering, coding and circuitry to bookkeeping, industrial relations and community outreach.

Masingale’s focus on apprenticeship is born out of his gratitude to God for the opportunities that paved the way for his success, including his first studio experience as a 16-year-old in his uncle’s recording studio in New Jersey.

Mark Nanni, keyboardist for roots rock group Los Blancos, was one of the first musicians to use Zulu at StudioDOG Pro. “His ear is fantastic,” said Nanni about Masingale. “He’s just very natural in his musicianship and the way he applies his musicianship to the more technical sides of recording and music equipment in general.”

Zulu is available now to order through the Handsome Audio website, and a consumer version called Zulu Fi will be released soon. Zulu Fi won’t have recording capabilities, but it will have an RCA jack where an iPod or CD player can be plugged in to achieve the listening experience of analog. Zulu Fi will be $200. Visit handsome audio.com for details.