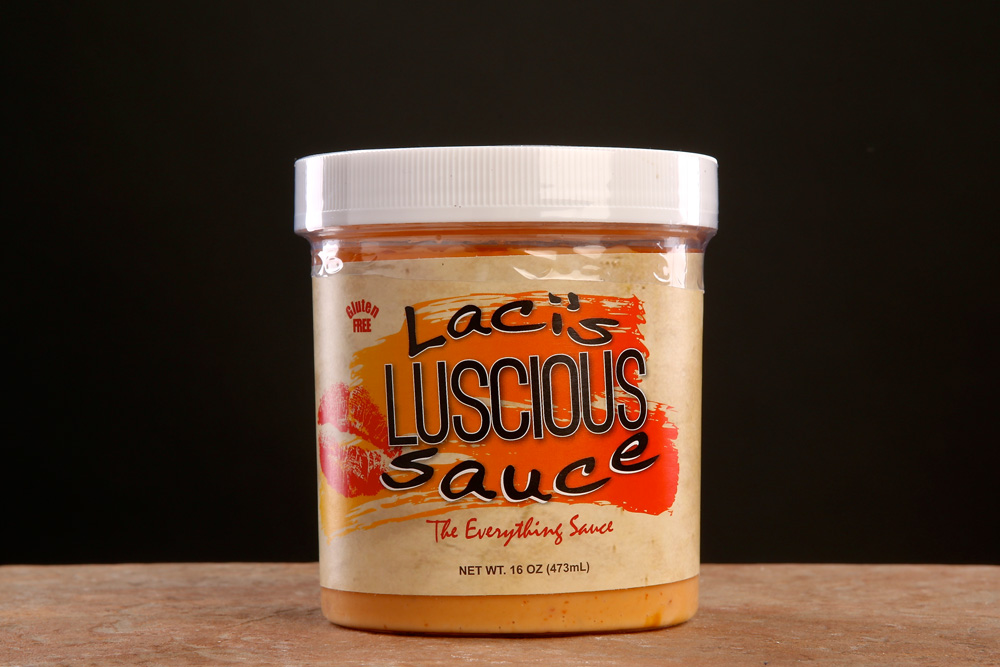 Giving gifts for the holidays that are good enough to eat.

Are you stressing over Christmas gift suggestions and shopping? Look to local food and drink for easy, go-to gifts. Best of all, your purchases support local producers and businesses.

Here are five simple, local ideas for yuletide presents that are sure to be well received — and won’t bust your budget.

Get Sauced: You’ve had Laci’s Luscious Sauce on your favorite panini at Laci’s Lunchbox and in menu items like chicken riggies and the “luscious pig flatbread” (shredded pork, mozzarella and Swiss cheese and signature sauce) at Laci’s Tapas Bar. Now you can buy jars of Laci’s Luscious Sauce to take home and use in your own kitchen. It’s a creamy sauce that’s a little bit spicy and a little bit tangy, with hints of sriracha (a hot sauce made from chili peppers) and a trace of color from it, too. You might have tasted the sauce at last month’s Syracuse First Buy Local Bash. Try it in tuna or chicken salad, on burgers, with shrimp and other seafood, in deviled eggs… the possibilities are endless. That’s why they call it “the everything sauce.” The price is $6.99 at Laci’s Tapas Bar, Laci’s Lunchbox, some Wegmans stores and online at lacisluscioussauce.com.

For a Good Cause: In My Father’s Kitchen, a nonprofit founded by John and Leigh-Ann Tumino that feeds the chronically homeless and refugee families in Syracuse, is offering a limited number of holiday gift baskets. The baskets ($49.95) include a jar of IMFK pasta sauce, dipping/drizzling oil, a pizza pan, a five-quart colander, two pot holders, an oven mitt, pizza cutter, spaghetti serving spoon, mini panettone (sweet bread from Italy) and chocolate truffles. Proceeds support IMFK’s outreach programs, which bring meals twice a week to homeless men and women in Syracuse. To order a gift basket, visit inmyfatherskitchen.mycharitybox.com. IMFK sells its pasta sauce ($6.95 per jar) on Fridays, noon to 6 p.m., at its storefront and resource center at 501 Hawley Ave. For information, visit inmyfatherskitchen.org.

V is for Vodka: No home bar or liquor cabinet is complete without a bottle of vodka. It’s a basic yet very versatile spirit, used to make vodka tonics, vodka martinis, screwdrivers, White Russians, Black Russians and more. Give the cocktail connoisseur on your holiday list the gift of locally produced vodka, such as that from Life of Reilley Distilling and Wine Company. The Cazenovia firm now offers three varieties of vodka: premium (original), vanilla and raspberry. Slide a bottle into a stocking or gift bag for $28 at Liquor City, DeWitt, and other locations. For information, visit lifeofreilley.net.

Owners Ben and Shioban Reilley shared their recipe for a Raspberry Russian, available on the Life of Reilly Facebook page:

Maple Syrup with a Kick: Take maple syrup harvested and produced at Cazenovia’s Critz Farms, put it in an American oak bourbon barrel for approximately three months and what do you get? A sweet and slightly smoky maple syrup with a hint of bourbon flavor. A limited supply of this special maple syrup is available at Critz Farms’ gift shop and winery tasting room, along with Critz’s regular maple syrup. The bourbon barrel-aged maple syrup ($24.95) comes in 500ml glass bottles with swing tops and caps finished with red wax. Call 662-3355 or visit critzfarms.com.

A Tasty Read: Upstate New York is the birthplace of many of our favorite foods: salt potatoes (Syracuse), spiedies (Binghamton), chicken wings (Buffalo), potato chips (Saratoga Springs), chicken riggies (Utica), Thousand Island dressing (Thousand Islands) — the list goes on. Author Chuck D’Imperio, of Oneonta, tells the story of dozens of local and regional foods in A Taste of Upstate New York: The People and the Stories Behind 40 Food Favorites (Syracuse University Press, 2014; $29.95). The book explores well-known foods like Buffalo’s beef on weck and sponge candy, as well as lesser-known treats like Utica’s bean pies and Columbus Baking Company’s “Meatball in a Heel.” The book is available at Barnes and Noble or online at amazon.com and syracuseuniversitypress.syr.edu.

Syracuse Crate offers six preconfigured packages of favorite ‘Cuse foods, as well as a “build your own” crate option. A dollar from the sale of every Syracuse Crate supports the Food Bank of Central New York. Visit syracusecrate.com.