Winter Fair, a miniaturized version of the New York State Fair, hopes to bring some of the fun and nostalgia of the summer festival to the winter season.

As a Polar Vortex plummeted temperatures into the negative double-digits across Central New York last week, many have been contemplating about warmer days on the horizon. That’s when Syracuse’s annual festival season kicks off, with its crown jewel being the New York State Fair.

A new venture could give residents a teaser of what’s to come. Winter Fair, a miniaturized version of the State Fair, will be open for business Friday, Feb. 8, through Sunday, Feb. 10, inside the Exposition Center at the west end of the fairgrounds.

Winter Fair became a topic of discussion for the 110,000-square-foot venue almost as soon as it was completed last summer. The Expo Center is one of the largest of its type between Cleveland and Boston, outside of New York City venues. Whereas the summer fair sprawls across the fairgrounds, the Expo Center still has ample space to work with.

“This is something that came to me and we said, let’s give it a try. And it looks like we hit a nerve,” said Steve Becker of Premier Promotions, which is mounting Winter Fair. “It’s something for the family to come out and enjoy together.”

The event aims to compress all the nostalgic joys of the New York State Fair into one indoor space. The midwinter bash also creates a way to continue Syracuse’s buzzing festival mentality into the offseason, Becker said, as the annual summertime lineup features mainstays including Taste of Syracuse, Arts Week and Blues Fest.

“I’ve been a part of this community for many years, and the highlight for me every year is the New York State Fair,” Becker said. “And it’s expanding every year; there’s so much to see. We want to capture some of that.” 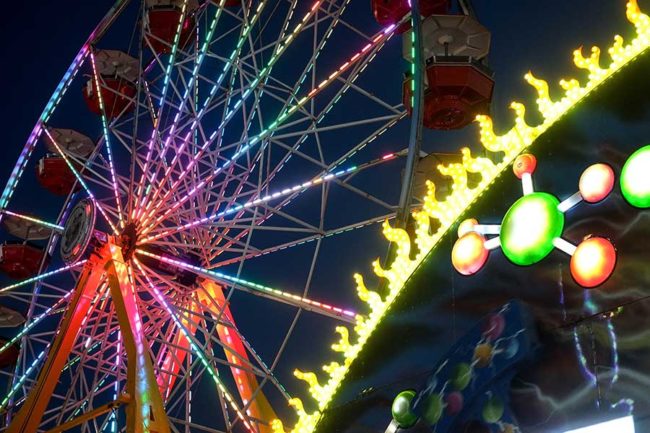 Winter Fair’s wow factor will begin when visitors walk into the Expo Center (which is 90 feet tall) to see a towering, operational Ferris wheel twirling around in the background. There will be about a dozen rides lined up for a “mini-Midway,” with the classic merry-go-round, Tilt-A-Whirl, giant slide and more, Becker said. Each ride costs $3, with an all-access pass available for $15.

Aside from rides and games, one of the State Fair’s biggest draws is the food. Will Winter Fair live up to those gustatory standards?

“We’re planning to have a nice cross-section of food,” Becker said, “so people will say, ‘Wow, this feels like the fair!’”

Those accustomed to seeking the A-frame peaked roof of Paradise Companies’ Villa Pizze Fritte as soon as they hit the fairgrounds won’t be disappointed. The Villa is booked for this weekend, serving up its doughy fritte favorite along with ice cream. Peppino’s, Bosco’s, Limp Lizard and others will handle various State Fair treats like sausage sandwiches, hot dogs, hamburgers and pizza.

The summertime State Fair also places an emphasis on inclusivity with the Van Robinson Pan-African Village and Indian Village. And in a music-loving city like Syracuse, no festival is complete without live shows. Where will those fit into Winter Fair?

They’ll all be there, Becker assures, with both villages being present, and a lineup that will include Native American dancers, a martial arts demonstration and more. Central New York musicians such as Jess Novak, Joe Driscoll, Paul Davie and the Custom Taylor Band will take the stage throughout Winter Fair. Even Hilby, “the skinny German juggling boy,” will be roaming around the Expo Center on stilts or juggling on his unicycle, just as he does in the summertime. 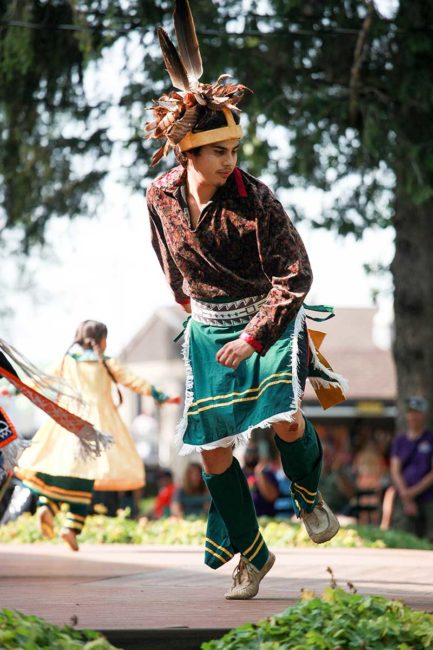 Local crafters and artisans will also get a spot at the table. Bruce Block’s City Market, normally held during the spring and summer months at downtown’s Everson Museum Plaza, will set up at Winter Fair, with more than 18 crafters ready to sell their locally made goods.

“It’ll definitely have a Central New York feel to it,” Becker said of Winter Fair.

The iconic sand sculpture will not make an appearance, but Becker said that a professionally created ice sculpture will be on hand. Snowmen made by area youth groups will be outside the Expo Center as part of a contest, where fairgoers can vote on their favorites. Each child on the winning team will receive a $100 savings bond, Becker said.

There will also be chances to win tickets to the New York State Fair and other prizes during a basketball-shooting game, where proceeds will be donated to the Jim and Juli Boeheim Foundation, earmarked for the Boys & Girls Club of Syracuse.

Worried about carrying around a jacket? Use the inexpensive on-site coat check, with proceeds to be donated to the local chapter of the NAACP, Becker said.

This will be Winter Fair’s inaugural year, but Becker is already planning on expanding the concept for later editions. Perhaps Premier can take over a few more nearby buildings in years to come, or beef up the outdoor attractions to take advantage of the snow.

“It’s really a reflection of our community,” Becker noted. “People go to the State Fair and remember that it’s a lot of fun, so we want to see that with Winter Fair, too.”

Cost: $6 for adults, $4 for seniors and ages 13 to 17, free for ages 12 and under. No re-entry allowed; State Fair lifetime passes are not applicable.