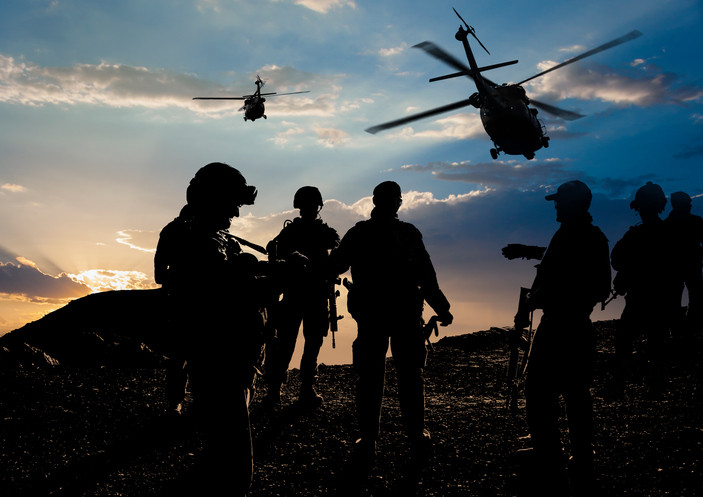 In June 2017, a contingent of congressional representatives recommended dividing the Air Force’s Space Force mission into two separate undertakings: to focus on terrestrial aviation-related matters and to concentrate operational matters in the realm of space.

When President Trump announced that he was directing the Pentagon to establish a sixth branch of the armed services, the proposal was met with skepticism, lots of rolling eyes and plenty of comedic jabs by late-night TV comedians.

In the UFO community, there were many who viewed the Space Force call as another step toward UFO and ET disclosure. The doomsters saw the effort as an ominous hint that some nefarious alien invasion force might be on its way here. But let’s take a deep breath and examine the concept of Space Force with a practical view.

During the 1970s, it was just the Americans and Russians who were doing things in space. But in the last 50 years, dozens of countries have been engaged in space research and have been involved with putting commercial and military assets into Earth’s orbit. The Chinese put a rover on the moon in early 2016, for example.

So there are lots of players in the space game. And there are plenty of commercial businesses in the aerospace marketplace ready to sell launch technology to those who can pay for it.

The late-night comics might have you believe that Space Force will be Marines in spacesuits flying around with laser rifles, which sounds like something out of a pulp comic book. But this is the 21st century, so wake up: Space Force will be handled with robotic devices.

Consider, for a moment, a rogue country like North Korea or a well-funded terrorist with access to launch technology. Imagine if they decided to destroy key American communications satellites using missiles launched with low-yield nuclear weapons.

Cable television feeds and satellite-supported internet pipelines would be gone, and our domestic and international telephone capacity cut to a trickle. Suddenly our country would be plunged back into the 1960s, while our commercial economy would grind to a standstill. Think of it as another Pearl Harbor.

It might sound too fantastic for some people, yet the threat is very real and our enemies are out there. It’s easy to make a laundry list of folks who don’t like the United States. Many of these despicable actors are unable to create that kind of technology, but they would certainly buy it if they had the financial resources.

Some have suggested that “this Space Force stuff is NASA’s job.” Yet NASA is strictly a research operation. Its mission statement states, “To pioneer the future in space exploration, scientific discovery and aeronautics research.”

During the presidency of George Washington, American commercial shipping was being seriously disrupted by four North African Muslim states in the southern Mediterranean. Congress passed the Naval Act of 1794, which established a permanent naval force to protect American commercial interests on the high seas around the world.

The mission of the Navy is to maintain, train and equip combat-ready naval forces capable of winning wars, deterring aggression and maintaining freedom of the seas.

In those colonial times, our commercial interests were driven by our country being a seafaring nation. But what a lot of people do not consider now is that humans have become a space-faring species. We have substantial commercial assets in Earth’s orbit that our economy and our daily lives depend upon.

So is Space Force a dumb idea? Not in the least! Perhaps a good mission statement for Space Force would be this: to maintain, train, equip combat-ready, operational space-borne resources capable of winning wars, deterring aggression and maintaining free access to the realm of space.