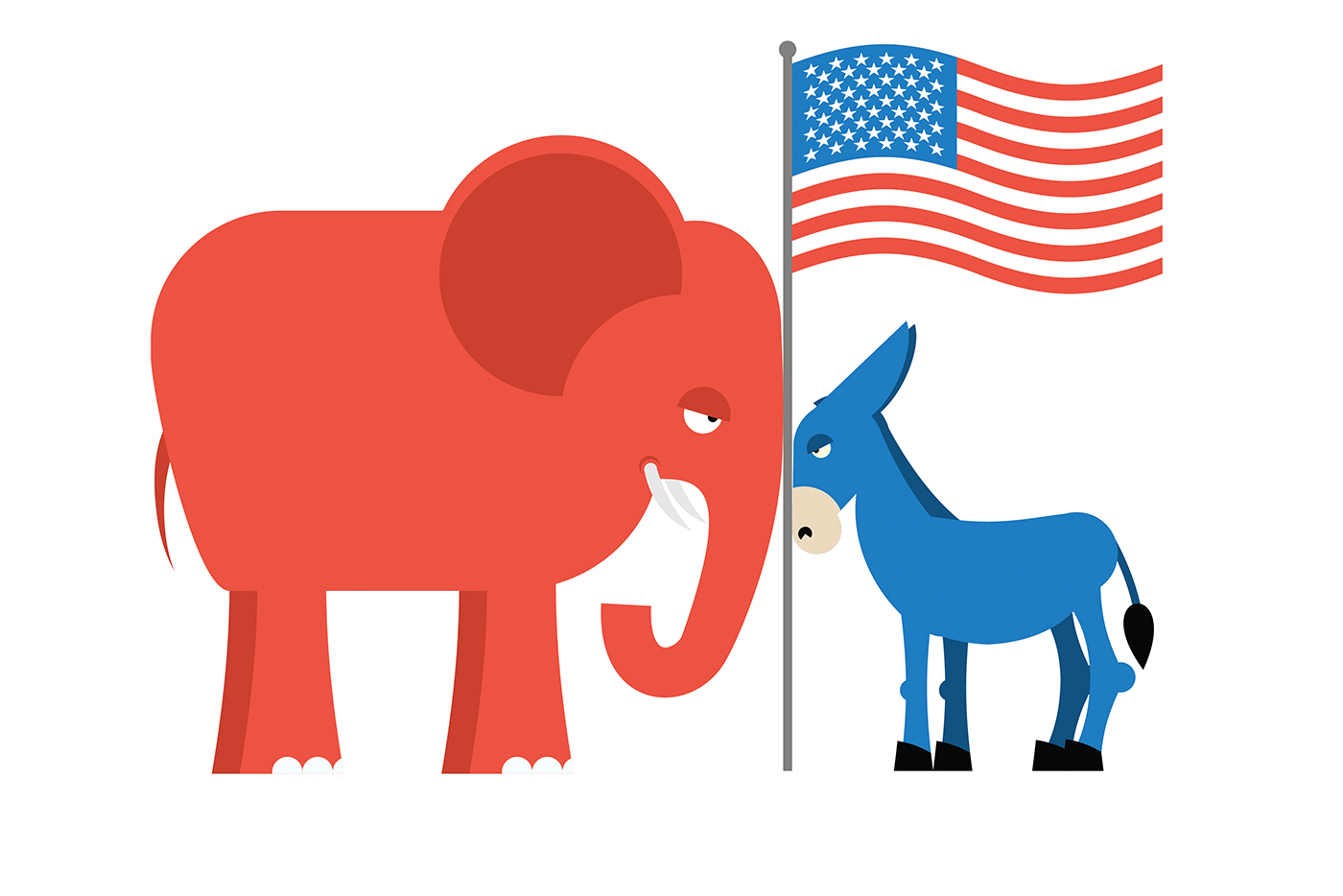 The division between the American people and their political figures is simply too far.

It’s a word we hear nonstop about our national politics, especially now. Mainstream media loves to bombard us with stories using this dreadfully overused word and its various equivalents like “political polarization” to describe the disunity in U.S. politics.

And they’re right. But what they’re wrong about is where the line of division is drawn — and the 2016 election has finally helped us find it. It’s not Democrats or Republicans that are divided. It’s the people and those who claim to represent them — the so-called “establishment” — the other word we constantly hear.

So far, this election has continuously defied all logic and rewritten the political playbook. In the spring of 2015, many were already putting it on the books — a shoe-in contest between Jeb Bush and Hillary Clinton. Then came Donald Trump and Bernie Sanders.

Trump and Sanders are arguably the most opposite candidates of all those seeking the presidency. However, they are the ones defining this election because they have one crucial common ground — they are both challenging the “business as usual” mentality in Washington. Their message is resonating with many who are tired of playing the game, and maybe most importantly, they want to tell the establishment that they aren’t being fooled by how the game is played.

The foundation for this new revolt against the labeled establishment is simple. People have essentially lost faith that members of our government have the slightest idea of what goes on in average American life.

This is nothing new in American political history, but it has really come alive during this election cycle, probably spawned by the economic woes the country has faced over the last decade. So many people worry about how they’re going to feed their children and pay their bills, but then they turn on their television and see elected officials they voted for arguing over who’s more of a Republican or Democrat. For many, that solidifies how big the gap is between them.

And it’s a big gap. For instance, every member of the U.S. Supreme Court has at least one Ivy League degree. The last four presidents went to Ivy League schools. That’s not to say common Americans don’t go to Ivy schools, but it’s safe to say a majority don’t. The 2011 Chronicle of High Education’s almanac finds only 0.4 percent of undergraduates attend one of those schools.

The 112th Congress consisted of 245 millionaires, according to CBS. To put that in perspective, only 1 percent of Americans are millionaires, but 66 percent of the 100 elected senators were millionaires, as were 41 percent of House members. According to 2015 findings by UPI, the median net worth of a member of Congress was $1,029,505 in 2013 — 18 times the worth of an average American home. With the exclusion of 2008, the net worth of members has increased since 2006, while the average American household has seen their net worth decrease 36 percent between 2003 and 2013.

It’s these numbers that get the electorate frustrated when their officials claim they “cannot live without their paychecks,” as House Minority Leader Nancy Pelosi said of her fellow Congress members at a press conference in February 2015.

This makes it near impossible for Washington insiders to resonate with those who struggle to make ends meet. It’s hard for Americans to believe that politicians “feel your pain” when they claim to have left the White House “dead broke,” but get paid $275,000 for a single speech at a university. The “I’m not a career politician” tactic isn’t working anymore.

Quite simply, it’s because they are such a contrast to those we’ve seen run the presidency in recent memory. They don’t hold back that they are unsatisfied with the status quo and have tapped into the frustration that has drawn their large crowds and large number of supporters. They both declare that the middle class has been left behind. Unlike their opponents, both refuse to accept the support of so-called “Super Pacs” — something that by itself is a trademark of the establishment bandwagon.

Should one of them win in November, it’s unlikely either will monumentally change the system. But the boat has been rocked too hard this time around to be forgotten in four years. The party nominations are still undecided and no one has won the general election yet, but one thing is certain: The establishment has already lost.