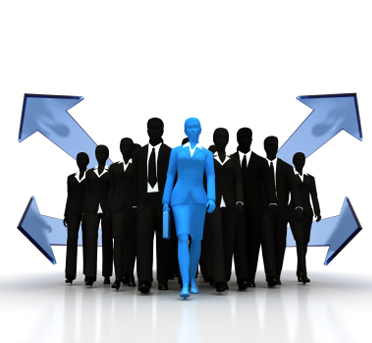 War or peace, love or hate?

To quote Charles Dickens, “It was the best of times, it was the worst of times.”

Turn on the television, power up the laptop, scan through the news apps on your phone and there it is, the world going to hell and no one on the world stage is leader enough to guide us to a peaceful resolution. There is no getting away from the surge of violence dominating our current times. Our sacred Mother Earth is on fire, her rivers are bleeding, and the ground is saturated in blood, shed in the name of faceless fools, not leaders of men.

These ruthless rogues are causing the hearts of innocents, those removed from and those captured within the epicenter of hell on earth, to pound with disbelief. We don’t need more warrior leaders. We need a visionary leader to rise from the mire and light a way toward partnership and its end result, lasting peaceful resolution. It is with deep grief, I ask, where have all the leaders gone?

I ask those abusing the mantle of leadership during these times, “what do you want?”  I cry to those of us ordinary non-leaders, “when will we cease supporting the senseless scourge and speak up on behalf of human dignity in enough numbers to make a difference?” What is needed in today’s violent world to deter the continued use of attacks on the defenseless, whether they are traveling in a commercial airplane or hovering in the supposed safety of a school deemed off limit to attack?

More from Dickens, “It was the age of wisdom, it was the age of foolishness.” If alive today, how would Dickens memorialize these times? Dickens wrote of society’s conflicts, how poverty and disease affected the most vulnerable population, the children of society. This social condition occurred despite the prosperity developing due to the industrial revolution. We live in times of prosperity lead by the technological revolution, yet the victims of today’s conflicts are the same as in Dickens day, the children of society. Children are the ultimate victims, whether they are the ones obliterated by weapons of mass destruction or by the loss of a parent, grandparent, sibling or their homeland. In the end the children are paying the price for ancient unresolved debts. Is this wisdom or foolishness?

It should be a profound time to be a leader. The technological advances available to leaders of a certain substance have the capability to influence peaceable long term solutions to the world’s oldest problems. Opportunity abounds for a leader to influence a legacy born of global partnerships toward goals aimed at global advancement and achievement for the people, not the government. Instead we’re enduring another round in the warrior status quo business as usual leadership response; attack the less fortunate through the exertion of primal military prowess. Victory achieved through propaganda, terror and destruction. This masculine wisdom distorts the truism of every society modern or ancient where people want to live in peace, raise children, earn a decent living, speak the truth and at the end of the day kiss a loved one goodnight, not goodbye. This is feminine wisdom, and it is locked as the shadow of the masculine wisdom that believes in war and destruction.

Why do we still follow the foolishness of buffoons who believe that bombs and missiles and drones and tunnels and Molotov cocktails will keep them/us safe. These are weapons of mass destruction. They are used to do battle. We need a leader who will address the thousands of years of hatred, bitterness, oppression, depression, suppression, racism, in other words FEAR and MISTRUST underlying these acts of war. A leader or leaders with the audacity to address those wounds will use their influence instead of their insurgence. Any other effort results in innocent people dying in order for a president, a general, a king, a holy man, a prime minister, a whatever acronym scrolls across the screen on CNN, to puff out their tail feathers believing they have achieved credibility as leaders. I don’t find them credible, do you?

Where do you go from here today’s leaders, I ask you? Where is your credibility? How are you using your influence? Without leadership credibility you’re forced to use the only influence available to you; death machines aimed at your neighbor’s children. Why in this age of advanced technology are we responding to conflict with destruction? Where is your competence, world leaders?

Globally every nation is faced with a paradox of choice; war or peace, love or hate, dominance or dominated, masculine or feminine. Dickens expressed the paradox of choice better than anyone in his book, A Tale of Two Cities; “It was the epoch of belief, it was the epoch of incredulity, it was the season of Light, it was the season of Darkness, it was the spring of hope, it was the winter of despair, we had everything before us, we had nothing before us, we were all going direct to Heaven, we were all going direct the other way – in short, the period was so far like the present period, that some of its noisiest authorities insisted on its being received, for good or for evil, in the superlative degree of comparison only.”

In another classic Dickens book, Great Expectations, he wrote, “I hope that real love and truth are stronger in the end than any evil or misfortune in the world.” Me too Dickens, me too! I also have great expectations.

Roseanne Olszewski is a writer, thinker and all around spiritual disciple who believes in the power of owning your presence in the world. We are all here for a reason, what is yours?  The owner of a Metamorphosis, Become Who You Are Meant To Be!, Roseanne works as an educator, consultant and counselor, focusing on personal development. She holds a M.A. in Transformative Leadership Development from the California Institute of Integral

#takeatour of #chairs
About a Stranger
To Top