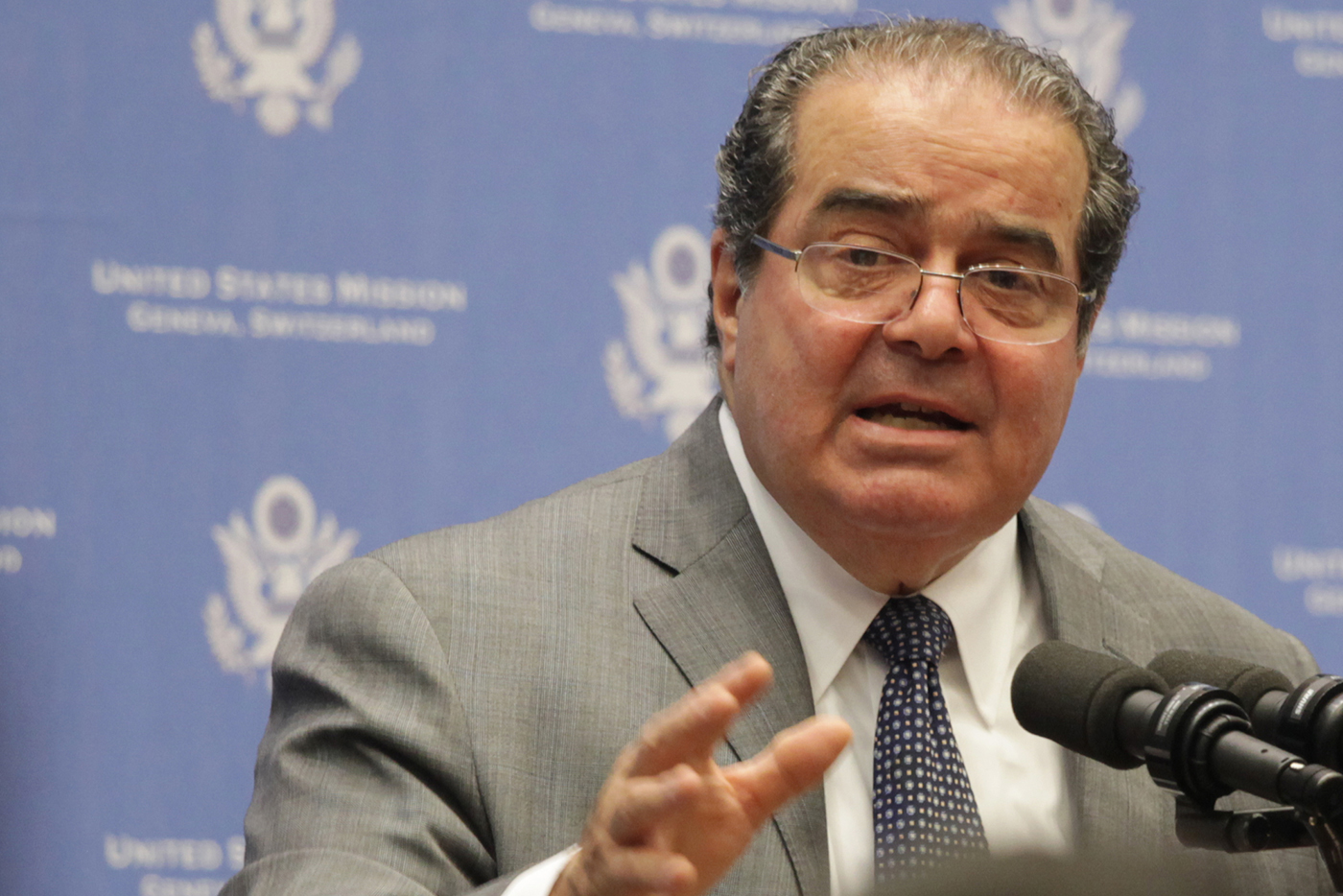 It was 5:31 p.m. in the newsroom when I received the first news alert from the Associated Press that Supreme Court Justice Antonin , had died.

It was 6:56 p.m. when I received another alert saying that Senate Minority Leader Mitch McConnell said that President Obama should not appoint Scalia’s replacement and it should be left up to the 45th president to do so.

It took just one hour and 25 minutes to take the death of an honorary 30-year veteran of the highest bench in the land and turn it into an explosive political firestorm that has already altered the presidential race, a firestorm in which repercussions will likely stretch as far as November.

Now, we’ve seen this before, of course. We see it in every mass shooting. After the brief “thoughts and prayers” speech and moments of silence, we immediately are slammed by both the NRA and gun control advocates telling us what to do with our firearms.

This is not a mass shooting, however. This is a Supreme Court justice. This is not a “lone wolf” who suddenly went on a rampage with an assault rifle. This is someone who is part of the few who represent the highest form of righteousness and justice in existence. They have the power to signify what is right and wrong for the country. And that’s something that just should not be politicized.

It’s fascinating how different we imagine judges versus politicians. When picturing a judge, many of us see the man or woman in the black robe who has power and a gavel and serves justice. When picturing a politician, lots of us see a man or woman in a suit or skirt who has power and abuses it and serves to fill their own pockets. But so many of them go through the same process, go to the same colleges and practice the same profession—and many times do both. Williams Howard Taft actually became Supreme Court chief justice after his presidency and actually swore Calvin Coolidge into the office of the president in 1925.

Politicians obviously have the right to fight for their personal beliefs. That’s their job, after all. But should it be a judge’s? McConnell is arguing that Obama would fill Scalia’s seat with a justice who would favorably lean toward his agenda.

His fear is not a desperate cry of partisanship. It is indeed legit. Perhaps one of the biggest dents in the American political system is the history of presidents using the justice system to pull the strings of their own policies. After losing his reelection to Thomas Jefferson in 1800, President John Adams went the route of preserving his influence by pushing legislation before his term was up that appointed six new federal circuits with 16 new judges — basically stacking the courts with his own people before the opposition party came into power. Democrat Franklin Roosevelt pushed through the Judicial Procedures Reform Bill of 1937, which granted the president power to appoint an additional justice to the court, up to a maximum of six, for every member of the court over the age of 70 years and 6 months. He did this after the court ruled provisions of the New Deal unconstitutional. There are those who say Republican President George H.W. Bush appointed Clarence Thomas, one of the most conservative justices on the bench, because of his youthfulness. He was only 43 at the time, and because judges are appointed for life, his age ensured a conservative judge would be on the panel for long after the Bush presidency.

So, this is feud over Scalia’s replacement shouldn’t be a surprise. We expected it. So we should expect Obama to nominate someone who leans left. And as any opposing party would do in the same circumstance, we should expect the Republicans in the Senate to try to put on the brakes a little bit.

But what should be expected, although it only can be in a perfect world, is that a president appoints someone to the Supreme Court for their knowledge, experience and contribution to justice — and in turn, that judge holds up to those characteristics.

But we weren’t in a perfect world when John Adams tried to stack the courts when the nation was only 24 years old. We also won’t be perfect when Obama will have to appoint someone to replace Scalia in the age when the U.S. is a worldwide superpower. We never will be. It’s just a shame that something like law — the very thing that creates and defines politics — has to be a victim to the political disunity that currently defines us.