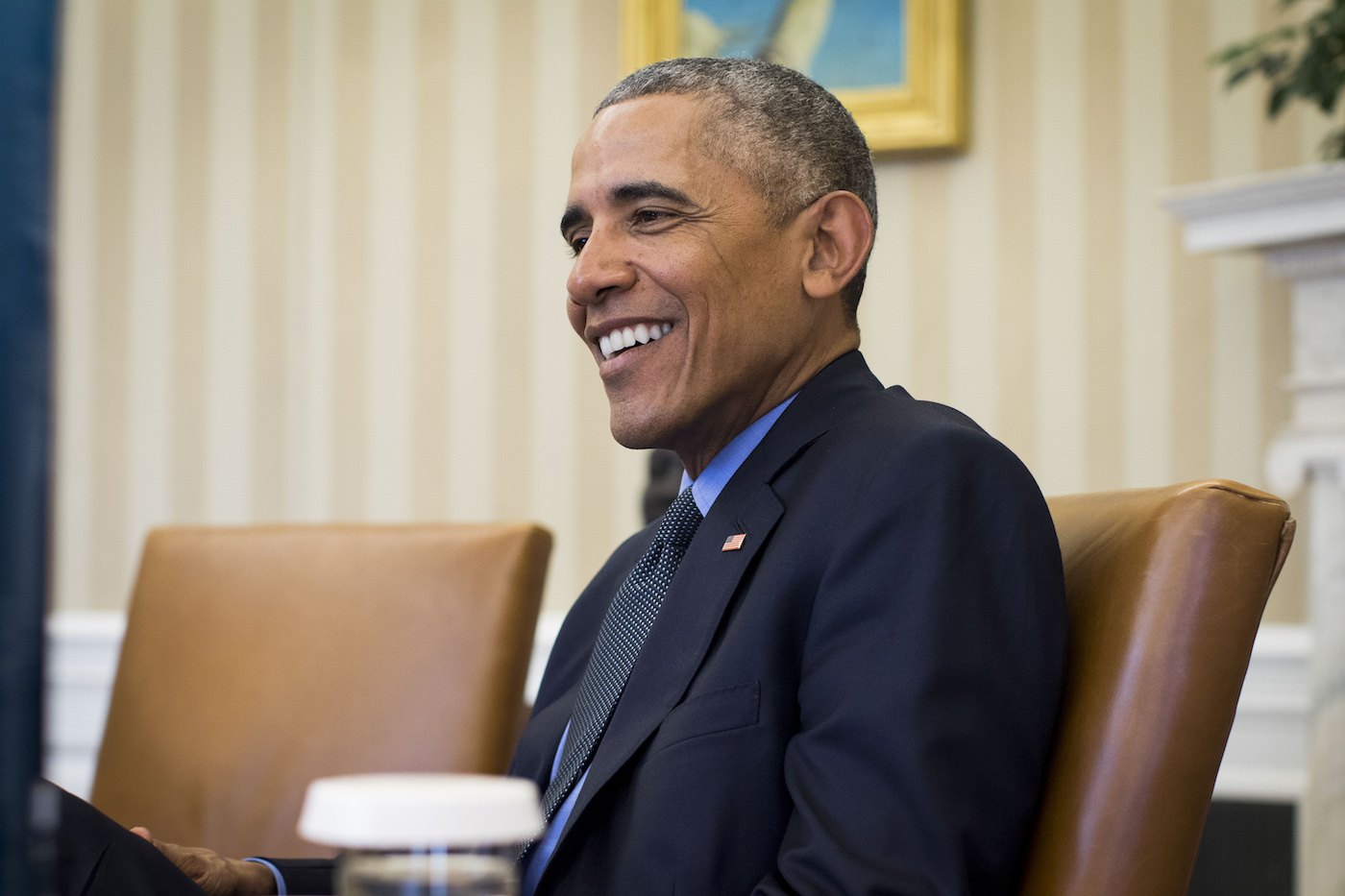 For me, I guess it was sometime in March of 2007. It was a cold morning and I was watching the news while eating breakfast like I usually did. That’s when I heard the name “Barack Obama” for the first time.

The 45-year-old senator from Illinois had officially been a Democratic candidate for president for more than a month, but at the time, I was too occupied with algebra, memorizing lines for my role in To Kill a Mockingbird and chasing girls to pay much attention to national politics. I was only a 13-year-old eighth grader, after all.

Of course, the first thing about this Obama character I and everyone else recognized was obvious. The closest I had ever come to seeing an African-American president was in the movie Deep Impact. And as a child of 21st century Middle Eastern wars, I recognized that this guy’s last name sounded remarkably similar to the name of a bad man far away who was responsible for killing thousands of Americans. And his middle name was the same as the last name as the other bad guy I grew up hearing about in the news.

He could never get elected president, I thought.

But as I watched his journey over the next few months, I found myself changing. Two years after I had walked around school saying that history and politics were “the most boring topics in the entire universe,” I began learning more about what a president does. I began watching the presidential debates. I connected the Social Security Act that I had learned about in school with the social security that the candidates in those debates were talking about.

And nearly a year after that cold morning when I first heard his name, I watched Obama win the Democratic Iowa caucus in a decisive victory and saw him give what is personally my favorite speech of his — the infamous “They said this day would never come” speech. It was different than anything I had ever heard a politician say before. It was moving. It was inspiring. It was magic.

One day, he said the American people will look back at this day and say, “This is the moment when it all began.”

I can say for myself personally that it really was.

Politics was no longer boring. I found myself continuously watching the news, keeping up to date on coverage of the race. I began rushing home from school to watch primary results, learn about the states in the primaries to come, did delegate math and kept watching the debates.

By election night, I had familiarized myself with the polls, the Electoral College and the issues that people were most concerned about. I had never watched election night coverage before. I was ecstatic. I was watching democracy in action and history in the making.

And then history came. I heard Katie Couric say that Obama had won the states of California, Oregon, Washington and Hawaii, carrying him over 270 electoral votes needed to make him the 44th president. For many people in my generation, that night was something special, something we won’t forget, something we can tell future generations that we lived to see.

One day, he said, the American people will look back at this day and say, “This is the moment when it all began.” I can say for myself personally that it really was.

I couldn’t help but think about that night last week when Obama gave his farewell address, and how different life will be without him in the Oval Office. For anyone else my age, he’s been president for one-third of our lives. We grew up with him. When he was elected, I had gel in my hair, had started watching this new show called The Big Bang Theory and couldn’t drive yet. As he leaves office, I pay taxes, shovel out student loans and work as an editor and political commentator for this blog — something I never dreamed I would be doing 10 years after that morning I first heard about Barack Obama.

There’s been so much conversation in the last year and in the last few weeks about what Obama’s legacy will be on the country. But overlooked I think is the legacy he will have on the individual. Sure, he made healthcare affordable for millions of Americans. He made the economy come back from a harmful recession. He made new beginnings with old adversaries and made greener energy a definite part of the near future.

My legacy for him is simpler: He made me care.

He made me care about my future, my tax dollars, my education, my role in the world. He made me care about the things that matter, and made me want to help others care along the way. And I know I’m not alone. I believe his determination, energy, message and class ignited a whole generation to stand up for what they believe in — whether it’s running for office, joining a political organization with a purpose or just simply voting for the first time. And many of them probably remember the first time they heard the name Barack Obama too.

Now, it might sound like the outgoing president is a large hero of mine. But I don’t think I would call him that. In my mind, he is no where even close to being one of our greatest presidents ever, as so many have so casually labeled him as. I believe his success has been way overstated. On plenty of occasions, I have disagreed with him and criticized him for many of his decisions. I have a long list of problems with this administration. If you don’t believe me, just read my last post. And if you must know, yes, he was the first president I ever voted for, in 2012, but I wouldn’t have voted for him in 2016 if circumstances allowed (for the record, I didn’t vote for either Hillary Clinton or Donald Trump either).

Whoever holds that high title is the chief executive of this nation, the commander in chief, the leader of the free world. The president preserves, protects and defends the Constitution, and lends us years of their time, wisdom and energy to further perfect our union. And most importantly, the president never stays for long. We have an election for president every four years for a reason. Change is good in a democracy. The torch has been passed once again and we shall see another peaceful transfer of power on Jan. 20.

So, as we close the door on the Obama presidency, many people who know I study the executive office have asked me what I think of the job he’s done. The best answer I can come up with is something I remember George W. Bush saying during his farewell address. “You may not agree with some of the tough decisions I have made,” he said. “But I hope you can agree that I was willing to make the tough decisions.”

And it is in that spirit that I wish President Obama well, thank him for his service for this great country and thank him for what he did for me. I am now immersed in a career field that has both righteousness and ugliness. But I know it’s where I want to be. And Barack Obama helped me get there.