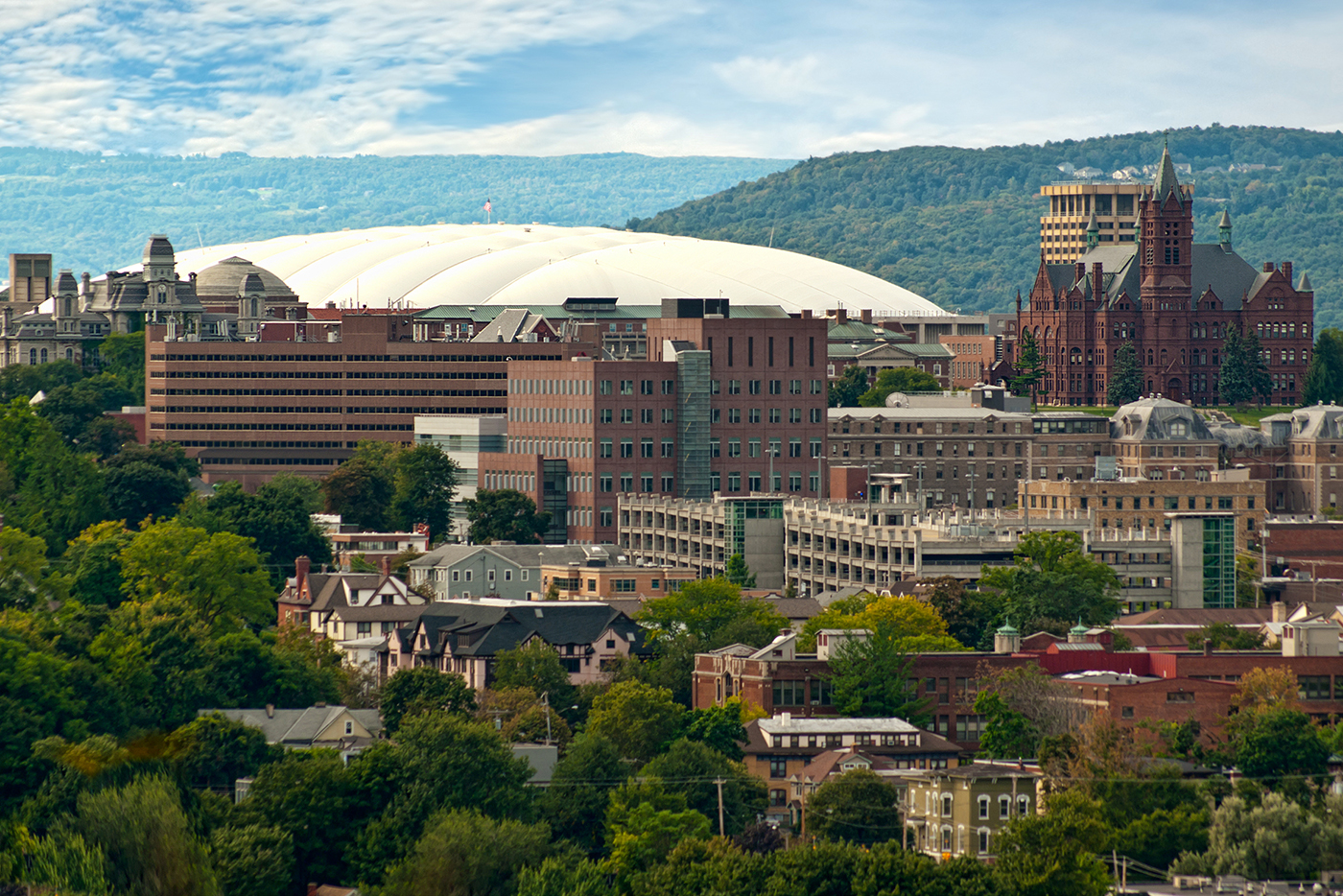 I had barely been a Syracuse resident for five days. It was the first hour of the first day of my new job here. I was scanning the website of CNY Central, the television station where I now work, and this was the big headline at the top of the page: “Website ranks Syracuse as one of the worst U.S. cities to live in.”

Quite the glowing endorsement for your new hometown, isn’t it? If I hadn’t spent my first 22 years as a Central New York native and had no knowledge of the region at all, I probably would’ve been wondering: Luke, what the hell were you thinking?

The Salt City was ranked by the website 24/7 Wall St. at No. 31 on its list of worst U.S. cities to live in with a population of at least 65,000. They were ranked based on things like crime rates, employment growth, attractions, educational attainment and housing affordability. The website cited the city’s high poverty rate, struggling job market and cheap housing prices for its placement on the list.

There are naturally going to be those who completely agree with the city’s standing and wonder why someone like me would move here. Others would defend the city until hell freezes over — and if you’re here in late January, you may very well think that it had already.

I don’t think anyone denies that Syracuse has its problems, or that anyone believes its struggles are unique in upstate New York. After all, Rochester was ranked No. 32 and Buffalo No. 22 on 24/7 Wall St.

And that includes me. I’ve used this column to criticize the city and its way of doing things several times in the two years I’ve been away. I spent that time in the Capital Region as the Monday editor at a daily newspaper, while making sure to keep close tabs on the latest news and politics of this area.

There are lots of things I would like to see change here. I would like to see special attention given to re-energizing the area economically. Yes, industry defined the city for more than 100 years, but what can we use to redefine it in the 21st century?

I would like to see a mass overhaul of the area’s aging infrastructure, including the reconstruction of Interstate 81 through the city, done carefully and correctly.

I would like to see a more community-to-community effort to combat poverty and the heroin epidemic.

Most important, I would like to see more reasons for recent 24-year-old college graduates like myself to move here and fewer reasons for others to leave, as so many people have done in the last few decades.

Yes, I wish some things here were different. But does that mean I think it’s one of the worst places in the country to live in? It’s too soon for me to answer that question definitively. But I don’t believe my current opinion will change as the weeks and months here move along.

I’ve already had Hofmann hot dogs, been to Onondaga Lake Park and shopped at Wegmans. I get to work among a great collection of journalists, from veterans of the field who I grew up watching every morning while I ate my cereal, to young professionals I’ve crisscrossed with in the New York media market since college who are now making a living. And there’s just something I like about the buzz of Destiny USA during the holidays and excitement around the New York State Fair at the end of summer.

All of that certainly doesn’t seem too bad to me. Plus, statistics, studies and rankings of worst cities to live in are hardly the reasons we decide whether to live in Syracuse or not.

And in case they are, try this one: Earlier this year, Syracuse was ranked No. 49 out of 589 cities for top places for recent college graduates to live in and work.

As a young media professional and new resident of the city, I think I like that one better.