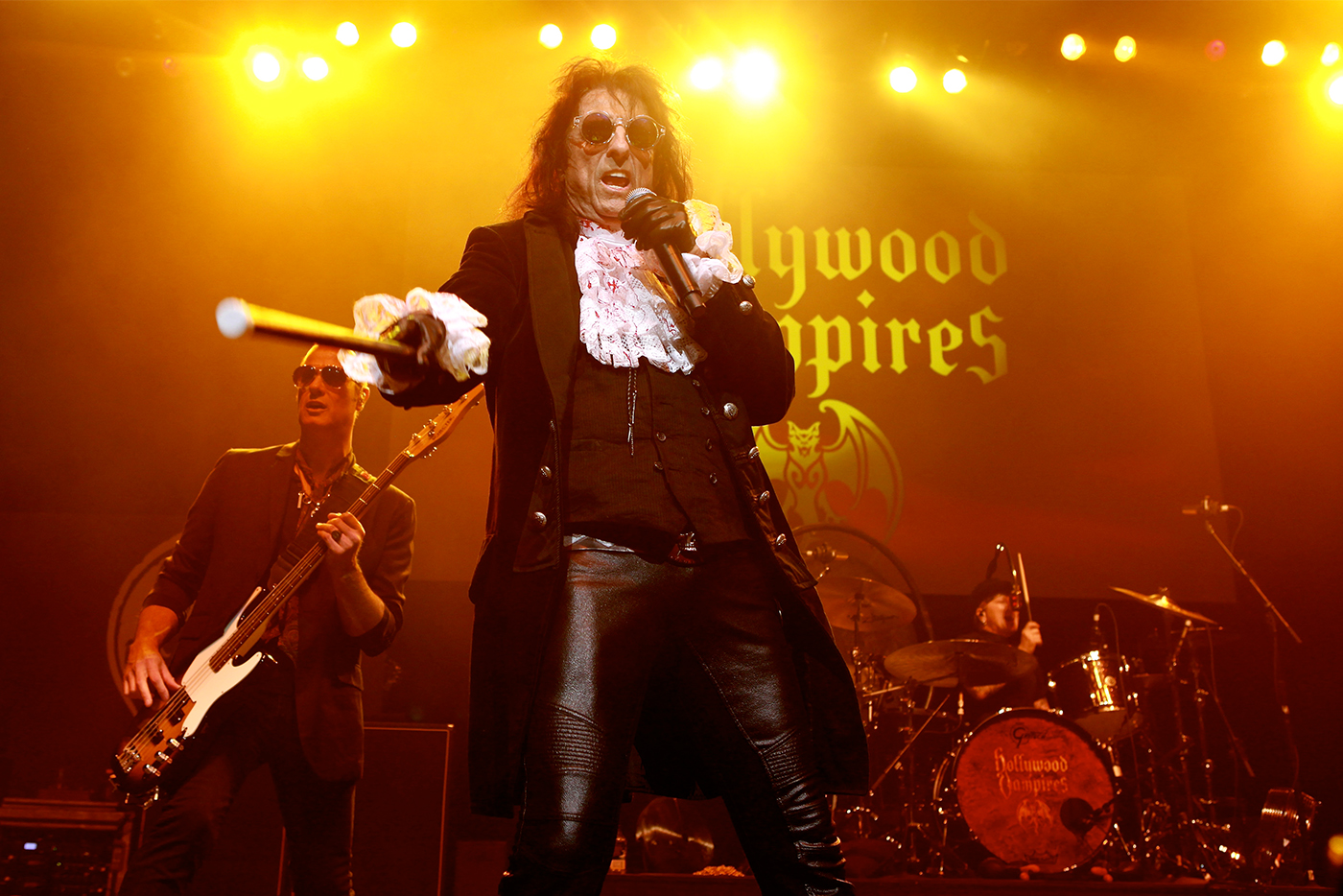 Cynics may scoff that rock supergroups featuring musical icons in the (ahem) autumn of their years are just in it for one last cash grab. Yet for everyone else, these blockbuster ensembles also provide seasoned performers who are still at the top of their games, as evidenced by the cheering sellout crowd who embraced the Hollywood Vampires during their May 24 gig at the Turning Stone Resort and Casino’s Events Center.

The Vampires outfit is a to-die-for merging of eclectic talents (Alice Cooper, Aerosmith guitarist Joe Perry and actor Johnny Depp) paying tribute to songs from their dead colleagues. As the 100-minute, 20-plus-song Verona concert suggested, that set list will only get longer with time. David Bowie, new to this year’s rock’n’roll deadpool, was saluted with the double-barreled dose of “Rebel Rebel” and “Suffragette City,” performed with dynamic zest by the seven-member unit.

A mini-tribute to The Who, which featured “Pinball Wizard” and Cooper stuttering through “My Generation,” also featured a guitar-smashing interlude. Tracks by John Lennon, Jimi Hendrix and The Doors’ Jim Morrison also found their way onto the Vampires’ set of propulsive covers. The Vampires were at the Turning Stone for several nights of rehearsal (and surely a few days on the resort’s links for inveterate golfer Cooper), and the practice made for a perfect evening of precise rocking. Guns N’ Roses drummer Matt Sorum maintained a ferocious backbeat throughout the selection of deep album cuts, while Perry cut loose with the solo guitar antics of “Stop Messin’ Around.”

Depp, who starred in director John Waters’ juvie-movie spoof Cry Baby, certainly looked the part of a rock star since he had the best hair in the group. With his tattooed forearms on display, Depp competently performed on his Duesenberg electric guitar, although he mumbled like Marlon Brando in his prime whenever he took to the microphone.

And it would be impossible to find a more appropriate leader for this retro rock ride than Alice Cooper, whose Grand Guignol cavalcade has been going strong for more than 40 years. While it’s somewhat unusual to see Cooper sans his usual terror tropes, such as ghoulish makeup and guillotines (plus he wore a poofy Seinfeld shirt that made him resemble a blood-spattered bridegroom), he was nevertheless in fine voice throughout the night while also tossing in a few one-liners between the songs. Cooper’s tongue-in-cheek showmanship is tailor-made for the Hollywood Vampires’ evening of larkish entertainment.