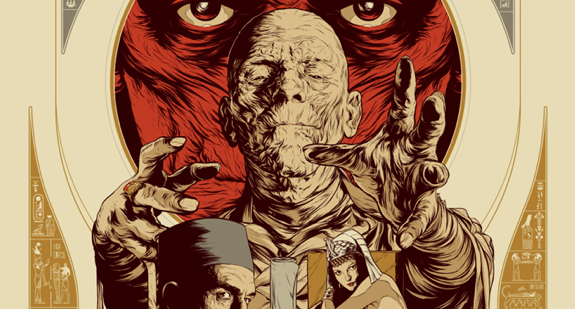 Owner of many classics wants scaries to come together

Are you ready for a new monster mash-up?

Deadline reports that the studio lately best known for film franchises — think Fast and Furious, Despicable Me, Bourne and Jurassic Park — has made another move to bring its valuable monster library back to life.

Deadline reporter Mike Fleming Jr. for the site: “The studio is in the early stages of developing a substantial new production endeavor that will expand and unify a network of classic characters and and stories.”

And what a catalog Universal. The studio owns the classic films of Dracula, The Wolf Man, The Creature of the Black Lagoon, The Invisible Man, Bride of Frankenstein, and The Mummy.

The studio already has enlisted Alex Kurtzman and Chris Morgan to work on how to put together these projects cohesively instead of considering them as individual teams.

Kurtzman’s resume includes Transformers, Star Trek and The Amazing Spider-Man, while Morgan “has been one of the masterminds of Fast and Furious.”

Here’s the link for the Deadline story.

Stars are making tracks to appear in Race Add Jason Sudeikis to the cast of stars who think it’s about time Jesse Owens’ inspirational story is brought to this generation.

The man known for bringing fast laughs to the screen will make his dramatic debut as Larry Snyder, the coach of the famous sprinter who four gold medals in Berlin in the 1936 Olympics.

Jeremy Irons will portray Avery Brundage, the controversial president of the U.S. Olympic Committee who pushed hard to hold the Olympics in Berlin.

Stephan James will play Owens, who became a worldwide star not only for winning the world-record four gold medals, but also for being an African American who prevailed against Adolph Hitler’s Aryan supremacy regime.

Mark Ruffalo, Keira Knightley hit the right notes in ‘Begin Again’
The biggest question about Sex Tape is why, oh, why?
To Top