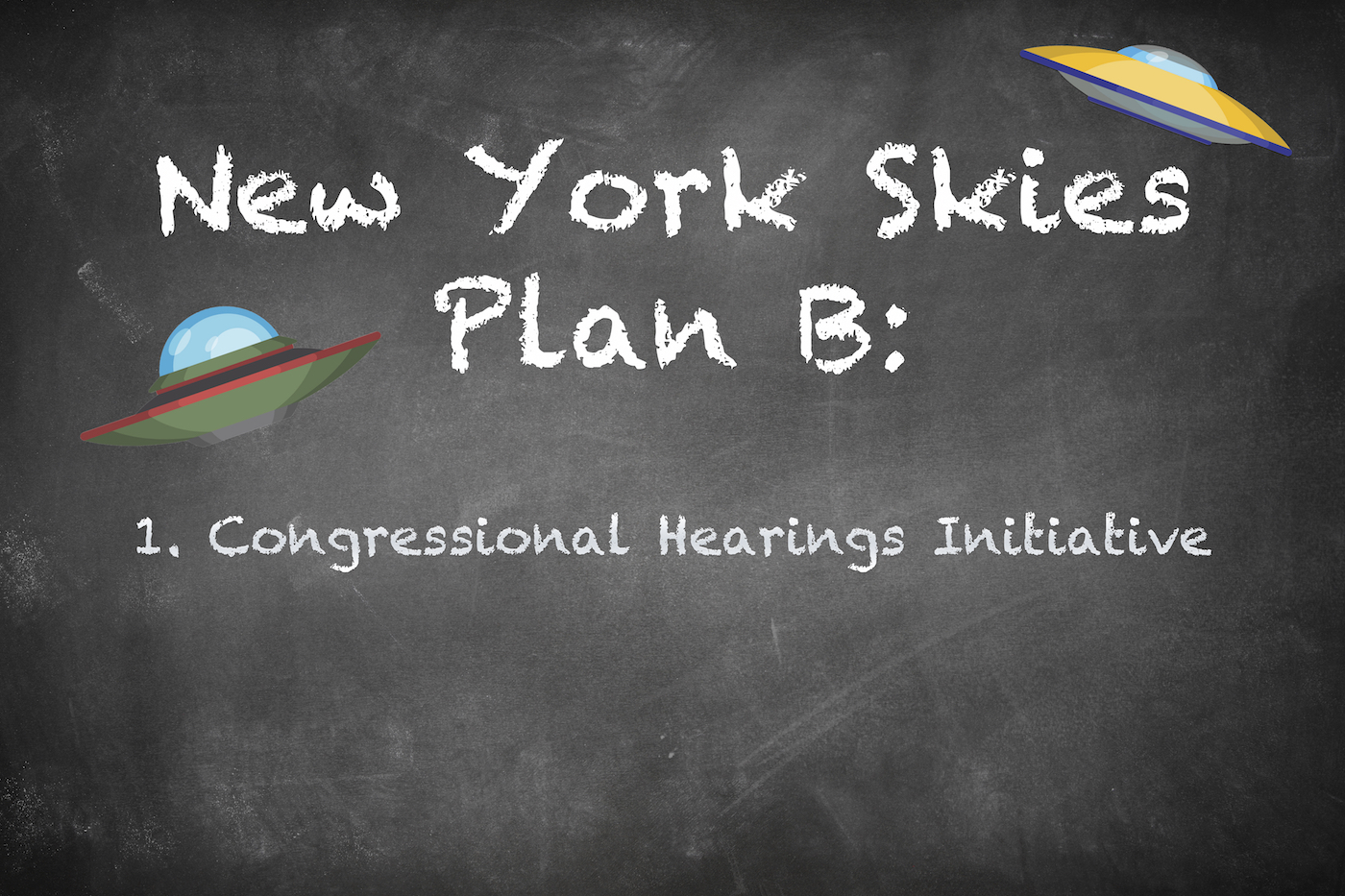 The truth embargo and official disclosure regarding extraterrestrials is still an issue.

Reality check: Hillary Clinton didn’t win the election so she will not be the disclosure president. But the truth embargo and official disclosure regarding extraterrestrials is still an issue. So it’s time for plan B: the Congressional Hearings Initiative.

In April and May of 2013, the Paradigm Research Group hosted the first citizen hearings on disclosure. The 30 hours of hearings were designed to look and feel like congressional hearings and even employed several former congressional representatives to chair the proceedings. The mainstream media yawned, made fun of and most certainly ignored the proceedings. Nobody in Congress stepped up to the plate and called for UFO disclosure hearings.

Without a doubt, it’s time for Congress to do its job and look into the truth embargo.

This issue really boils down to research money, and in our system of government for most major scientific research, the purse strings are held by Congress. The truth is, getting any kind of serious research done, like the kind that is done by the National Academy of Science, requires congressional support in the form of funding. If we’re talking about Congress, then we have to talk about voter numbers.

In 2012, National Geographic sponsored a national poll to measure interest on the topic of UFOs. The poll indicated that 36 percent of Americans, or about 80 million people, believe in UFOS.

In New York State, 36 percent translated to about 7.11 million, or most of upstate. The poll also found that 47 percent of Americans were on the fence about the topic and 17 percent flat out didn’t believe in UFOS.

Interestingly, the poll revealed that 80 percent believe that the government is hiding what it knows about UFOs. Nationally, that’s about 255 million people. Here in New York state, its 15.8 million of our 19.75 million residents. That’s a lot of voter interest in the topic of UFOs. These very same voters don’t think that the government isn’t being square with us.

Let’s think about this for a moment: Getting a member of Congress to call for hearings about UFOs carries a stiff media stigma that’s been culturally reinforced for over 50 years. In my opinion, what is needed is a team effort to give any one Congress member cover. This could be done by an individual state’s congressional delegation calling for such hearings.

In that line of thinking I have compiled a statistical list of the past 14 years worth of New York states’ 5,141 UFO sightings. The data has been gathered from the databases of National UFO Reporting Center and from the Mutual UFO Network.

I have ranked those UFO sighting statistics by New York Congressional Districts in the chart below: 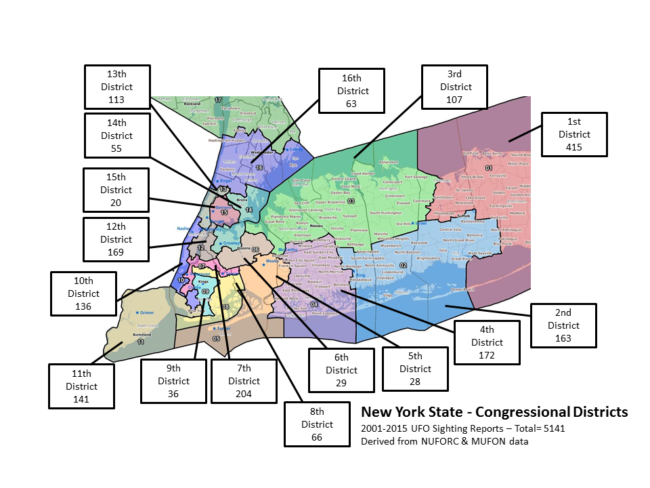 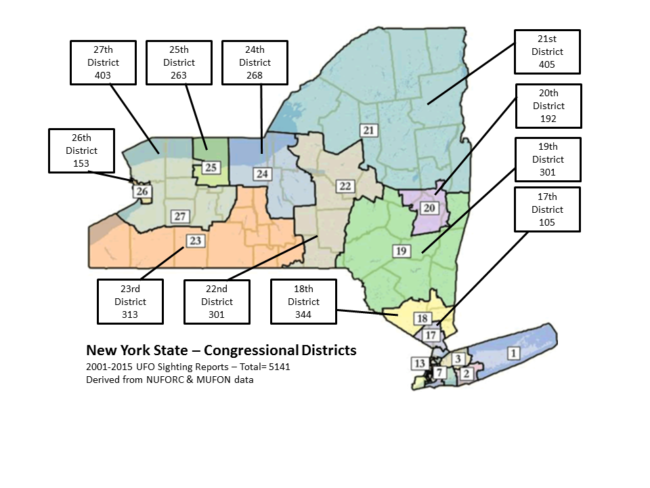 As you can see from the data presented, there are many New York congressional districts that have large amounts of eye witness UFO reports.

Note that the 27th District in Western New York, the 21st District in the North Country, and the 1st District of Long Island are UFO sighting hot spots. With all the interest in border security we heard during the presidential election, you’d think the congressional representatives of the 1st, 21st and 27th border districts would be extremely interested in potential security issues.

Since 2001 we’ve all been asked to remove our shoes, have body pat downs in airports and most importantly told to “report what we see.” We’ve done our part. It is time for Congress to start asking serious questions about what goes on over our heads.

Perhaps a little plan B voter pressure might encourage our state’s congressional delegation to call for hearings on disclosure. I encourage my New York state readers to contact their congress person and ask them to support hearings.

Republicans Shouldn’t Get Too Excited, Either
Fried Zucchini Fritters With Dipping Sauce — Cooking Italian With Joe
To Top