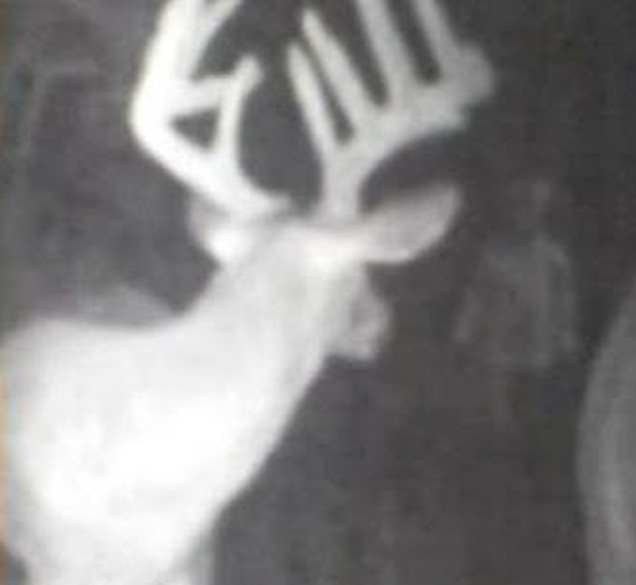 New York’s regular deer hunting season opens in a couple of weeks. Continuing our October abduction series, I thought it suitable to share a story about a hunter as the hunted.

In 1972, a resident of Steuben County was out early one morning deer hunting in sub-zero winter weather. He hadn’t seen a buck in days. Oddly enough, he came upon a herd of more than a hundred deer gathered at the base of a hill. He marveled at this sight when something spooked the herd, and abruptly they were off and running.

Suddenly, he was overcome with an odd sense of tiredness, with a dreamy feeling. He kept telling himself to not fall asleep for fear of freezing to death. He remembers a blinding white light. The next thing he was aware of was finding himself sitting on a tree stump trying to sort out how he got there.

It was then that he realized that the sun was setting. He had lost about eight hours. For days afterward, he had a sort of voice or impression in his head that said, “Say nothing, they’ll think you’re crazy.” For years, he questioned what happened to him.

If you have a New York an abduction story to tell, I’d love to hear about it. All respondents’ names will be kept confidential. Email me at NYSkies@DragonLadyMedia.com.