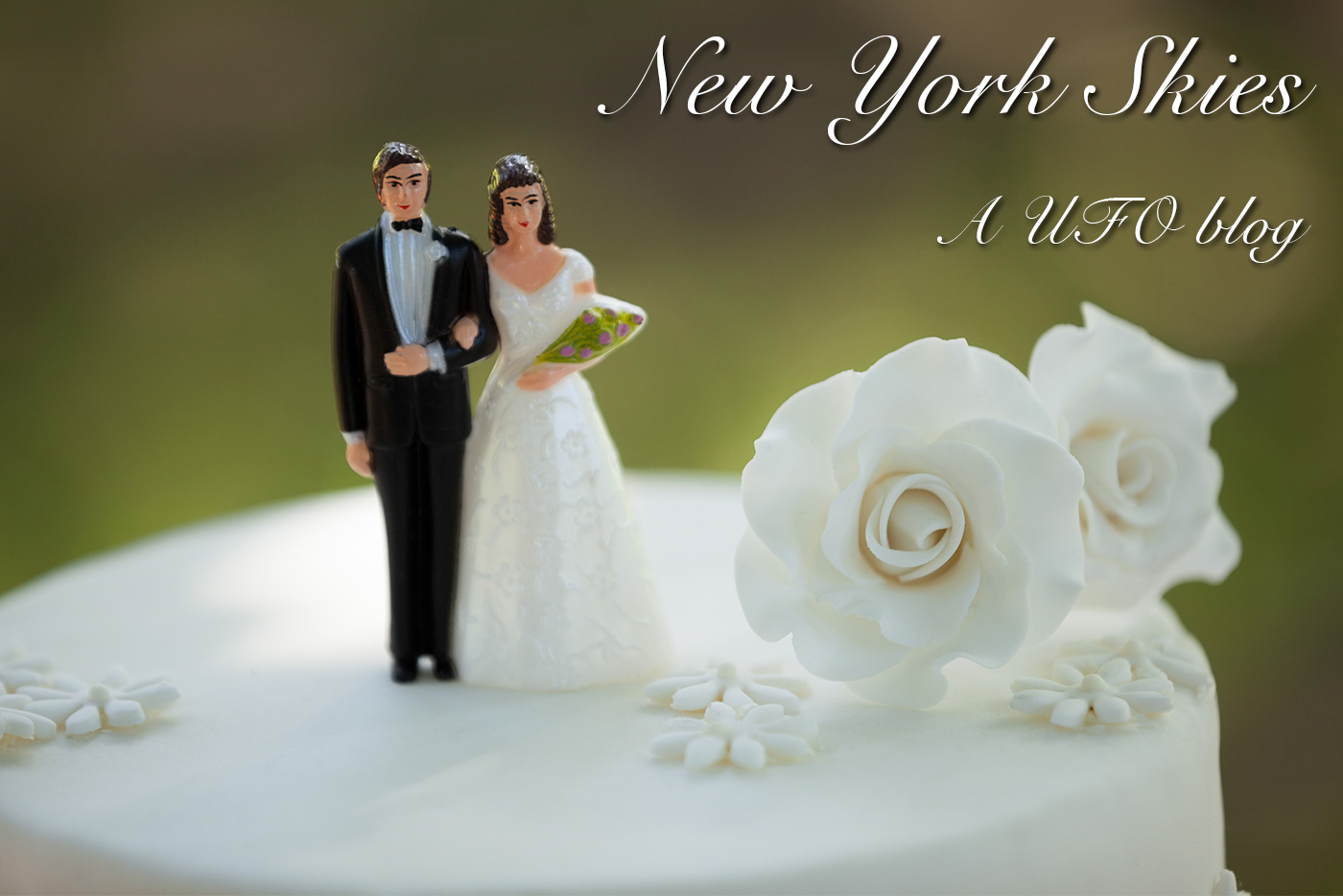 Columnist Cheryl Costa shares an exchange between herself and wedding goers about UFOs.

Over the Holidays I attended a wedding reception in Ohio. We were the out-of-towners and virtually didn’t know anyone but the bride. Needless to say my spouse and I were the unfamiliar elements at our banquet table.

During initial introductions and dinner conversation, the topic of professions came up. I was asked what I did. I casually told the tablemates that I write technical procedures for a large company and that I write an online blog for a weekly newspaper. Of course the newspaper gig got their attention and three women queried what I write about. This is always the tricky thing to answer. After all, the topic of UFOs carries a stigma that is rooted in denial, disbelief and ridicule.

“I write the only newspaper blog in New York state about UFOs.”

Naturally half the table burst into laughter and the rest of the table stared at me in shock or disbelief. I just smiled and hoped the conversation would move along to something more mundane. But the laughter crowd asked the typical ridicule question.

“Do you believe in flying saucers and little green men?”

I ignored question and simply told them that I write about the amazing things that other people report.

“Well there can’t be all that many UFO sightings reported,” one woman said, scowling. “After all, we rarely hear about them.”

Trying to remain polite I sort of just bit my lip to keep from laughing myself. Then I commented, “Nationally, we average about 8,000 per year.”

The laugher group got very quiet. “They can’t all be UFOs,” someone said.

“Oh they’re all UFOs, but they’re not all alien space craft,” I said, smiling. “Only about 5 percent are suspected of being off-world exotic.”

I watched a lady remove a pen from her purse and start scribbling on a napkin. Of course the tiny percentage she calculated amounted to about 400 potential “alien craft” sightings per year.

The lady next to her looked at the napkin calculation and asked sheepishly. “Does Ohio have any UFO sightings?”

I told her and her friends that Ohio ranks 10th in the country for UFO sightings. I further explained that Ohio averages nearly 300 per year with over 4,000 in the past 15 years. I watched as the jaws dropped. The banquet servers interrupted the conversation by starting to serve our meal. With that, the table’s chat moved on to other topics.

During dessert, a gentlemen sitting at the table discussed the possibility of checking UFOs against standard air routes. My spouse pointed out that neither of us knew how to do that. The man, a licensed pilot and retired from the aviation industry, pulled out his phone and showed my spouse how to access FAA maps of “Victor” routes via an FAA web site.

Needless to say, it was quite the interesting wedding reception.

Dec. 1, 2016: At 6 p.m., a resident of Amherst observed an “odd stationary light in the sky.” They said that helicopters were circling the lights.

Dec. 15, 2016: At 9 p.m., a resident of Syracuse reported a UFO hovering over the highway. He said that cars near a bright light had their engines shut off.

From ‘South Park’ to DC Comics: Pop Culture Death and Nostalgia in 2016
It’s Time For a New Normal in Albany
To Top