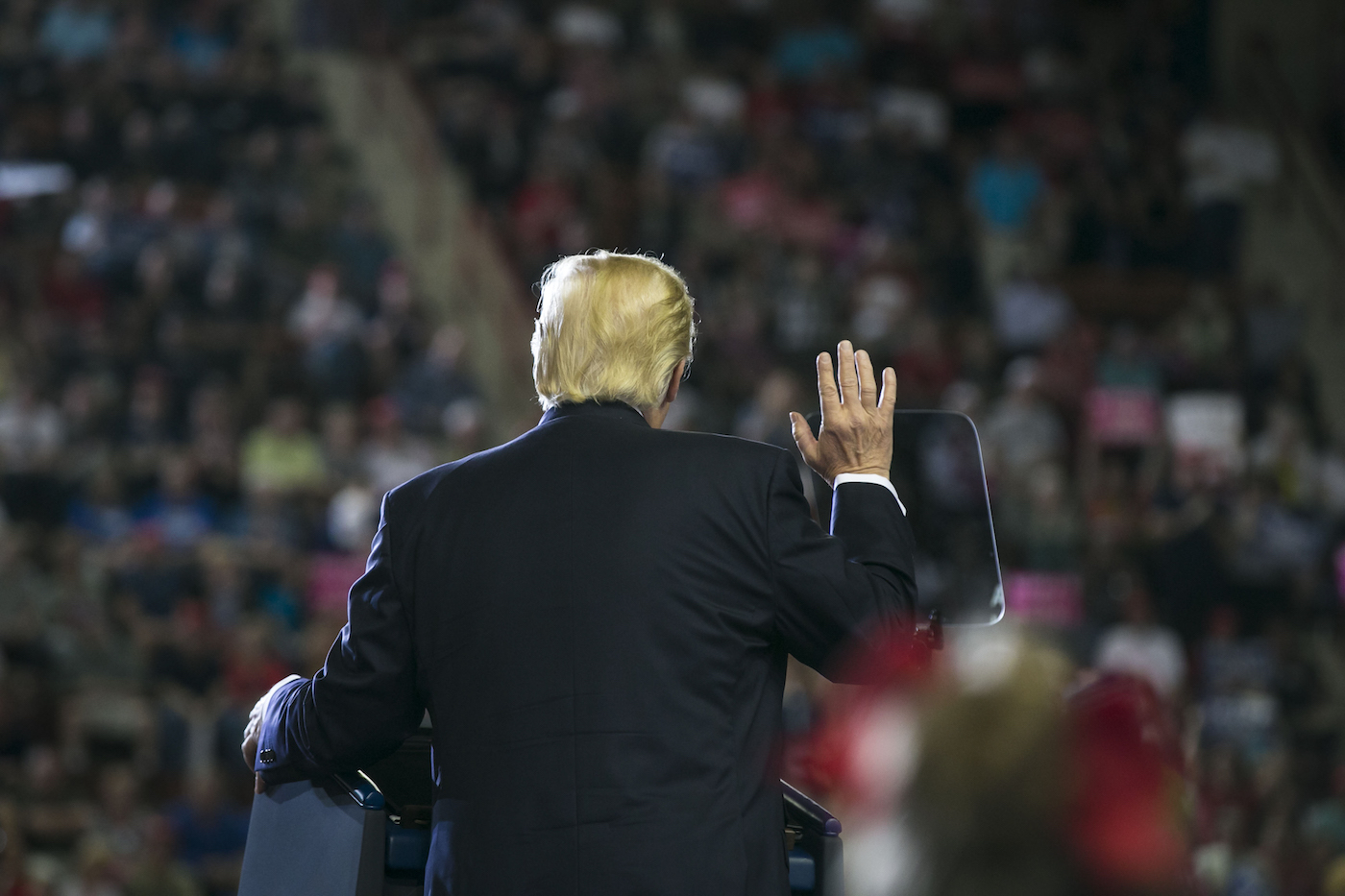 U.S. Treasury Secretary Steve Mnuchin all but confirmed to all of us last week that President Donald Trump would never be publicly releasing his tax returns, which every president and most presidential candidates have done for more than 40 years.

“The president has no intention,” Mnuchin said at a press conference, of releasing his returns. “The president has released plenty of information and I think has given more financial disclosure than anybody else.”

So, Mnuchin is going to stand there and tell us that Trump isn’t going to follow one of the norms of presidential transparency, one that Trump promised on multiple occasions he would comply with during the campaign, and then say the administration has given more information than anybody else?

Clearly, the fact that Trump hasn’t released his returns disqualifies him from coming even close to that claim. But it’s not just about a campaign promise anymore.

Without Trump’s tax returns, we have absolutely no idea how much he makes; how much he pays in taxes; whether he has foreign bank accounts or pays taxes to governments abroad; or most importantly, if his proposed sweeping tax reform legislation would financially benefit him or his business empire, and if so, by how much.

It’s clear by now he’s never going to release them willingly. And there is no statute requiring him to do so. That needs to change. And there are those who want to make that change.

Several downstate Democrats in the New York state Legislature introduced a bill last week that would require the Department of Taxation and Finance to release five years of state tax returns of major elected officials who file in New York. That would include not only Trump, as it is his home state, but Gov. Andrew Cuomo, Lt. Gov. Kathy Hochul, Attorney General Eric Schneiderman, state Comptroller Tom DiNapoli and New York’s two U.S. senators, Chuck Schumer and Kirsten Gillibrand.

Minus Trump, all of them have voluntarily made their 2016 returns public in recent weeks.

Under this bill, the Department of Taxation and Finance would have 30 days to post state returns from anyone holding either of those high offices. We would only be provided with state returns, as federal returns are protected for privacy by law. We would know more with Trump’s federal returns, but the state returns would still give us a lot of specifics we don’t know, including salary, dividends, capital gains and rental real estate income.

The bill wouldn’t apply to state lawmakers, but the four Democrats who introduced it all said they would be willing to release theirs if they had to. And that may not be so bad an idea, either.

It is sad that we have to come to this. After the embarrassment of the Watergate scandal and numerous reminders of a hyper-secretive federal government since then, high-ranking public officials releasing their tax information has gone without saying. We haven’t needed to require it because lawmakers know releasing them is the right thing to do, both morally and politically.

Trump has changed that. And his continued battle to keep his returns secret is all the more reason they need to be seen.

Sadly, this islativeislation is unlikely to make it through Albany. State Senate Republicans have already voiced their opposition, with Senate GOP spokesman Scott Reif suggesting the bill “sounds like a P.R. stunt.” But Republicans would more than likely feel the same way right now if a Democratic president or governor wasn’t making his or her returns public.

Which after Trump, is a distinct possibility. Once a precedent is broken with no consequences, it’s difficult to continue it. So there’s absolutely no reason for Republicans to oppose such a measure.

Of course, not all future presidents will come from New York. Trump is the first president since Franklin Roosevelt to do so. Luckily, other states are introducing similar legislation of their own. Bills in Hawaii, California, Massachusetts, New Mexico and 15 other states would require anyone running for president to release the previous five years of returns in order to appear on the ballot. However, the success of most of those bills becoming law is a long shot.

And we shouldn’t assume Trump is, either. But until we see his tax returns, we don’t have a reason to assume he isn’t. That uncertainty will surely plague Trump as long as he holds the office. Our state legislators in Albany have the ability, and arguably, the responsibility to put that uncertainty to rest for the entire nation. They should take advantage of the opportunity.