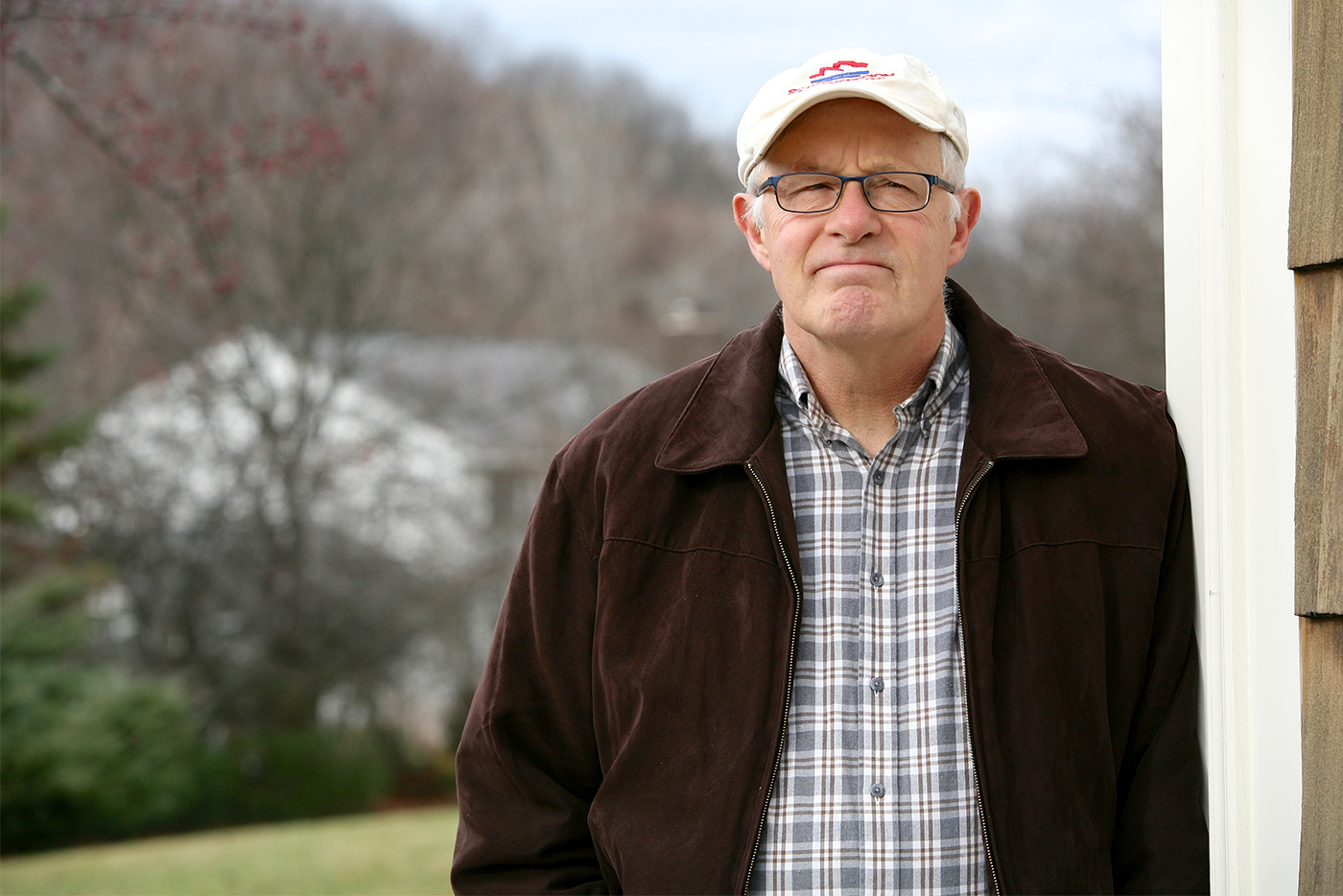 Back in the day, Hart Seely organized Syracuse’s annual AHOY party. Around Christmastime, local media types and hanger-ons would gather at a mildly seedy bar for loud music, too much beer and the opportunity to cast paper ballots for the Ass Hole of the Year. The candidates usually came from the headlines of the day. For cynical journalists, the AHOY party offered the perfect alternative to the cheery season.

That annual debauchery has gone the way of the seven-day local newspaper, but its spirit lives on. Last month, Seely and a few friends got together to choose the biggest AH of 2015. Donald Trump, Republican presidential frontrunner, lost in a run-off vote to Martin Shkreli. He’s the smirking hedge funder whose company, Turing Pharmaceuticals, bought the rights to an AIDS and cancer medication then jacked up the price from $13.50 to $750 a pill. (The other finalists were Sen. Ted Cruz and Jared, the former Subway guy.)

It’s hard to argue that Shkreli wasn’t deserving, even in that competitive field. But you’d forgive Seely for rooting for Trump, the subject of his new book, Bard of the Deal: The Poetry of Donald Trump (Harper, $15.99/softcover).

“It was a microcosm of the election,” Seely said on an unseasonably warm afternoon before Christmas. “Trump led all night, and in the end, he lost.”

Seely predicts that’s what will happen in November, too. “In the end, he’s not going to be able to close the deal,” Seely said, echoing the title of Trump’s 1987 memoir, Art of the Deal. But Seely, a longtime Post-Standard writer who left the newspaper voluntarily when it restructured in 2013, hopes Trump stays in the limelight long enough to encourage sales of Bard of the Deal. The book is Seely’s fifth, and the third that capitalizes on found poetry. The literary format takes “existing texts and refashions them, reorders them, and presents them as poems,” explains the Academy of American Poets. “The literary equivalent of a collage, found poetry is often made from newspaper articles, street signs, graffiti, speeches, letters, or even other poems.”

American writer Annie Dillard says writers of found poetry “go pawing through popular culture like sculptors on trash heaps …  by entering a found text as a poem, the poet doubles its context. The original meaning remains intact, but now it swings between two poles. The poet adds, or at any rate increases, the element of delight.”

Seely, who claims he does not understand poetry, first took on the form in Holy Cow, a collection of Phil Rizzuto’s comments. A 1993 New York Times review praised the book (co-edited with comic book writer Tom Peyer) about “America’s favorite daffy uncle” — the former New York Yankees shortstop who spent 40 years as a Yankees announcer.

Seely saw similarities in the language of Rizzuto and former U.S. Secretary of State Donald Rumsfeld, the topic of his 2003 book, Pieces of Intelligence. They “are the same critter: old guys trying to tap dance,” he told Tom Barbash, also a former Post-Standard writer, in a 2012 interview for the online literary outlet The Rumpus. “The difference is that Phil had the grace to stick with what he was meant to do: broadcast Yankees games,” Seely continued. “He didn’t try to run wars. Rumsfeld looked out at the adoring media throngs and drank his own Kool-Aid. He saw himself as wise and whimsical.”

Seely describes his literary scam to Barbash this way: “Take a cultural reference from Column A — let’s say Vagaries of Baseball — and one from Column B — Politics — put them in a blender and press FROTH. Do that, and usually you get something that passes for humor. And if it looks funny, people will laugh, because they don’t want to be left out of the joke.”

An example of Rummy free verse:

Seely laughs when he recites it. The poem got a shout-out last summer in a long piece penned by prolific writer Joyce Carol Oates (a Syracuse University graduate, by the way) for the highbrow literary magazine New York Review of Books about where writers find inspiration.

During his 30-plus years writing for The Post-Standard, and before that, the now-defunct Herald-Journal, Seely found inspiration in the weather, crooks and celebrities. He wrote about eggs frying on the hot pavement and the 50 words Syracusans use for snow. He covered Syracuse Mayor Lee Alexander, disgraced in a $1.5 million kickback scandal. He once interviewed Timothy Leary — the 1960s drug guru President Richard Nixon described as “the most dangerous man in America” — in a bathroom after Leary spoke at SU.

The idea for a book on Trump’s verse came to Seely after the second Republican presidential candidates’ debate in September. Seely spent about 10 weeks reading everything Trump wrote and tracking down transcripts of Trump’s speeches, rushing to meet the deadline for a Dec. 15 book release.

“Journalists are not writing down what he says anymore,” Seely said. “When you write down his words, it’s a different deal than when you get his gestures. He’s a great performance artist.”

Seely shakes his head at Trump’s racism and sexism. “He’s horrible, horrible,” he says. But there’s poetic gold in them thar hills. “Listen carefully, and you will hear the anguished cry of the Poet,” Seely writes in the book’s forward.

Seely couldn’t point to a favorite Trumpism in the book: There are just too many examples, and they keep coming. He read “The Whatever Force,” culled from an Aug. 21 Trump rally in Mobile, Ala.:

The reason people like what I’m saying
Is because they want to put that energy,
Whatever the hell
kind of energy it is,
I don’t know
If it’s screwed up,
If it’s good,
If it’s,
whatever it is …
I know how to do things.

“The Vicious,” which appears on the back of the paperback, came from an Aug. 9 Trump appearance on Meet the Press:

Seely masterfully highlights Trump’s ego, outrageous politics and confusing sentence structure. Consider, for example, “I Got Screwed Out of an Emmy”:

Everybody thought I was gonna win it.
In fact, when they
Announced the winner,
I stood up before the winner was announced.
And I started walking for the Emmy.
And then they announced
the most boring show on television,
The Amazing Race. Piece of crap. “Trump’s an idiot,” Seely said. “His absolute blind spot is his ego. He’s so drawn to publicity and cameras.”

Trump gets away with racist and sexist comments and downright lies because no one in the media holds him accountable, Seely says. “There is no checks and balances anymore,” he said. “You’re waiting for Edward R. Murrow to call him out. There’s no sheriff.”

Seely repeats that Trump “is not going to win. We all know that.” But if Trump came to town, Seely would be there. “I’d want to see what it’s all about and experience it and have stories to tell,” he said.

And, no doubt, he’d get a few poems to add to his collection.

Renée K. Gadoua and Hart Seely were longtime colleagues at The Post-Standard. She is now a freelance writer and editor. Follow her on Twitter @ReneeKGadoua.

The Juju Rules, or How to Win Ballgames from Your Couch (2013)

Pieces of Intelligence: The Existential Poetry of Donald Rumsfeld (2003)

IT IS HIGH, IT IS FAR, IT IS … caught (blog about the Yankees)

We have to protect
the Second Amendment.
We have no choice.
We have to do that.
It’s very important.
I believe it from
the sacred standpoint.
— Jan. 7, 2016, CNN

II.
They asked me, they went with it.
I wasn’t aggressive with the answer.

III.
How do you run against the Democrat,
and you have this hanging over your head?

IV.
I hope he’s right. I don’t, you know,
I want to win this thing fair and square.

The Astounding Gall
Of the Succubus Who
Calls Herself
Hillary Clinton