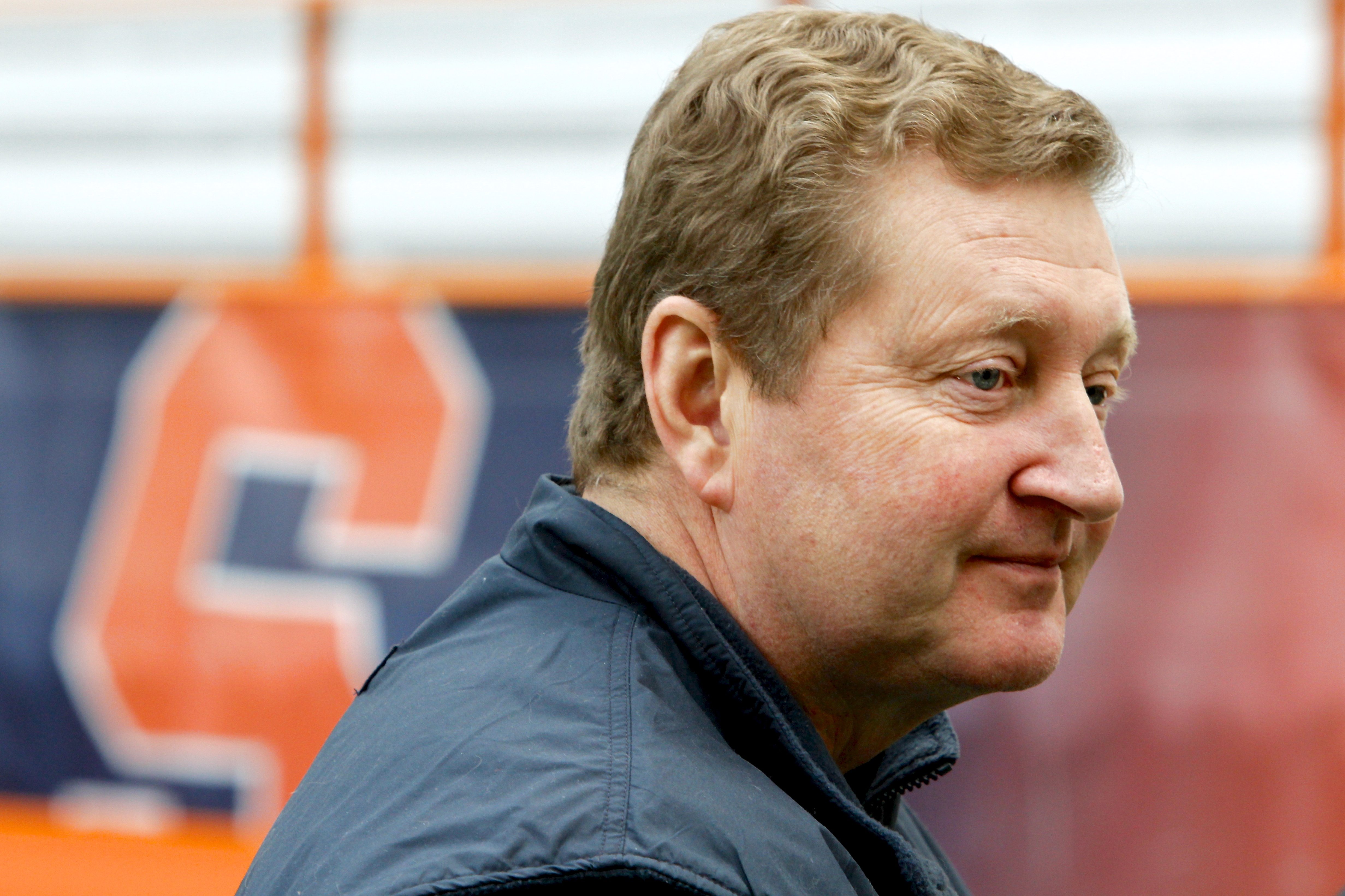 The Syracuse University men’s lacrosse team’s quest to end an eight-year NCAA championship drought will open against upstate rival Cornell in the first round of the NCAA Tournament on Sunday, May 13, 7:15 p.m., at the Carrier Dome.

Syracuse will make its 38th NCAA Tournament appearance and the 19th in John Desko’s 20 years as coach. The Orange is 29-3 in tournament games at the Dome and its 68 tournament wins rank second in NCAA history.

The Orange is 65-37-1 all-time against Cornell, including wins in the 1988 and 2009 NCAA championship games and a loss in the 1987 NCAA semifinals. The winner will likely face No. 1 seed Maryland May 20 at Navy-Marine Corps Memorial Stadium in Annapolis, Md.

Tickets for Sunday’s game are $10 for adults and $5 for students and ages 12 and under. They can be purchased at Cuse.com/Tickets, by calling (888) DOME-TIX, or at the Carrier Dome Box Office (Gate B).

The Syracuse women’s lacrosse team earned its seventh consecutive trip to the NCAA Tournament by receiving an at-large bid to the 27-team field. The Orange (9-9) will face Princeton (12-5) in the first round on Friday, May 11, in Newton, Mass.

Syracuse, which is making its 18th tournament appearance, has won nine of its last 10 tournament openers and has advanced to the national semifinals in eight of the last 10 years under coach Gary Gait.

The winner of Friday’s game will face No. 4 seed Boston College on Sunday, May 13, in the second round in Newton, Mass.

When they met last May in the Calder Cup playoffs, neither the Syracuse Crunch nor the Toronto Marlies lost on their home ice as the Crunch emerged with a 4-3 series victory.

But this year, the Marlies broke that streak by thumping the Crunch 7-1 May 6 at the Onondaga County War Memorial Arena and taking a 3-0 lead in their best-of-seven North Division Finals. Game 4 was Tuesday night in Syracuse, and if the Crunch won that game the series will move back to Toronto for Game 5 on Saturday, May 12.

If the Crunch can win two in a row, Syracuse will host Game 6 on Monday, May 14, 7 p.m., at the War Memorial Arena. For ticket information and the latest Crunch news, visit syracusecrunch. com.