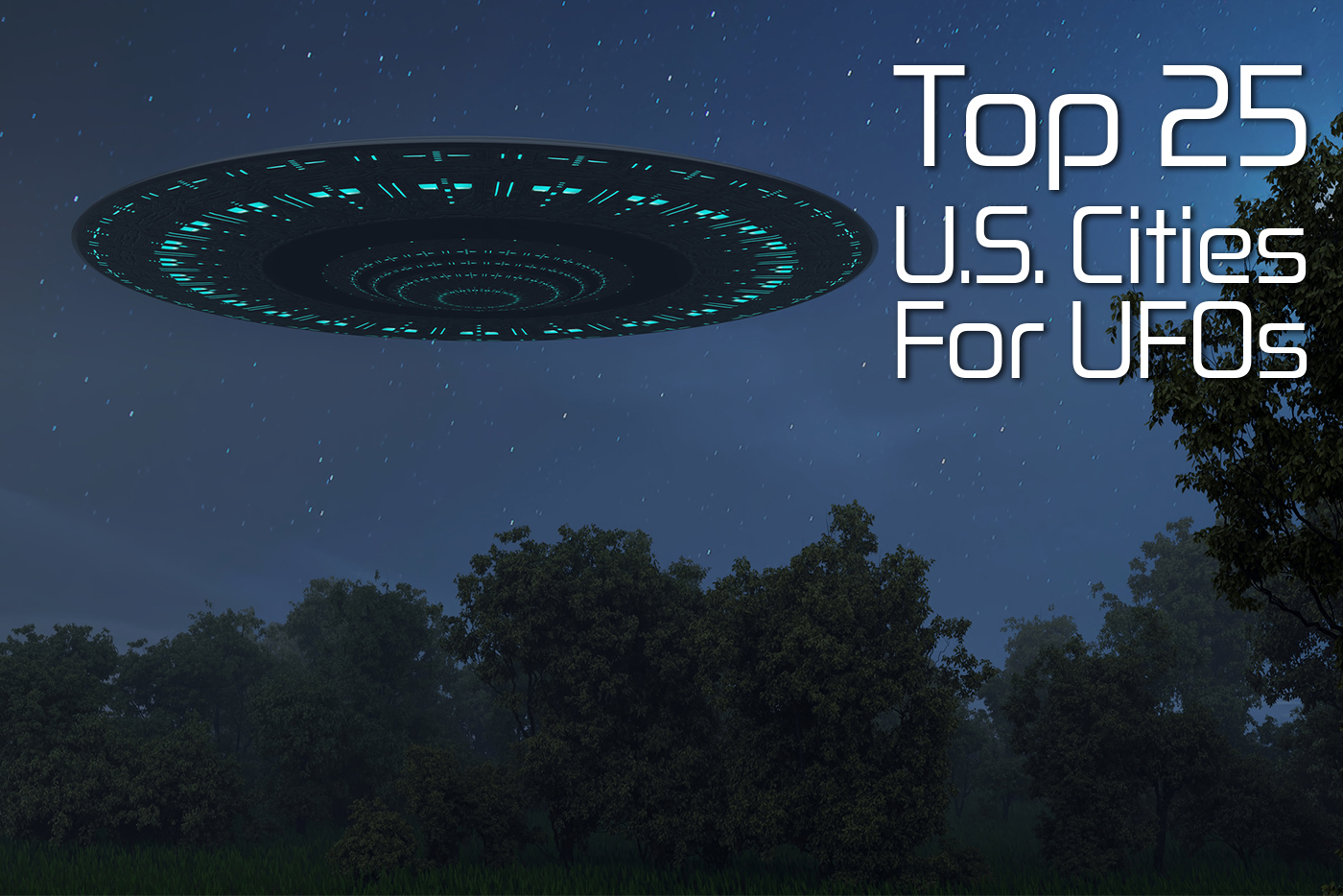 Columnist Cheryl Costa shares the top 25 cities for UFO sightings in the U.S.

People are fascinated with rankings, and UFOs are no different. People want to know where the top UFO hot spots are. So here it is: the top 25 cities in the U.S. for UFO sightings!

When we published our book, UFO Sightings Desk Reference: United States of America 2001-2015, back in March, we only took the data resolution down to the county level. When we were formatting the book, we realized that adding a listing of UFO sightings down to the city level would double the size of the book. The incredible amount misspellings in the cities field also posed a problem.

There wasn’t an easy solution to the problem, and trust me when I say spell check was only going to add to the problem. The answer was old-school manual editing of over 120,000 records. The data base is looking good now but still needs a bit of tweaking.

I do feel comfortable sharing the top 25 U.S. cites with the most UFO sighting reports. Before we start I must point out that some of you will simply comment that each of these cities are major population centers. To that I say this: To have reports you need observers, and larger metropolitan areas have lots of potential observers. But keep in mind that big cities have serious light pollution issues, being able to report sightings at all under these conditions is very telling.

Phoenix, Ariz., tops the list at No. 1, while Arizona ranks No. 7 in the country UFO sightings. Why Phoenix you might ask? Well, ever since the Phoenix Lights event in 1997, residents of Phoenix and Maricopa County has been very diligent in reporting what they see.

Second on the list was Las Vegas, Nev., which, frankly, surprised me for two reasons. Nevada only ranks 26th in the country for sightings. That said, I did get a lot of social media traffic from there about any sightings. Of course, they admit to not reporting it. Also, Las Vegas is constantly lit up, day and night, so the light pollution is terrible. Perhaps it’s because Las Vegas is a stone’s throw from Area 51; enough said.

Third on the list is Seattle, Wash. Washington ranks No. 3 in the country. I had thought that it was a toss up between Seattle, Wash, and Portland, Ore., as both regions of the Northwest host heavy UFO traffic. Portland, Ore., ranks fifth and Oregon ranks 13th nationally.

Finally, I must take a moment and discuss the city in 6th place. Last spring when the book came out, it was noted in the west coast media that California was No. 1 for UFO sightings. They were also quick to point out Los Angeles County was the No. 1 county for UFO sightings in the country. Many people mistakenly equated that with the city of Los Angeles. I’m here to set the record straight. Los Angeles ranks No. 6 in the country for cities.

The list below has the results for the rest of the top 25 top UFO sighting cities. Senior Homes Jeopardized By Money Woes
Are We On The Verge Of A Second Tea Party Wave?
To Top