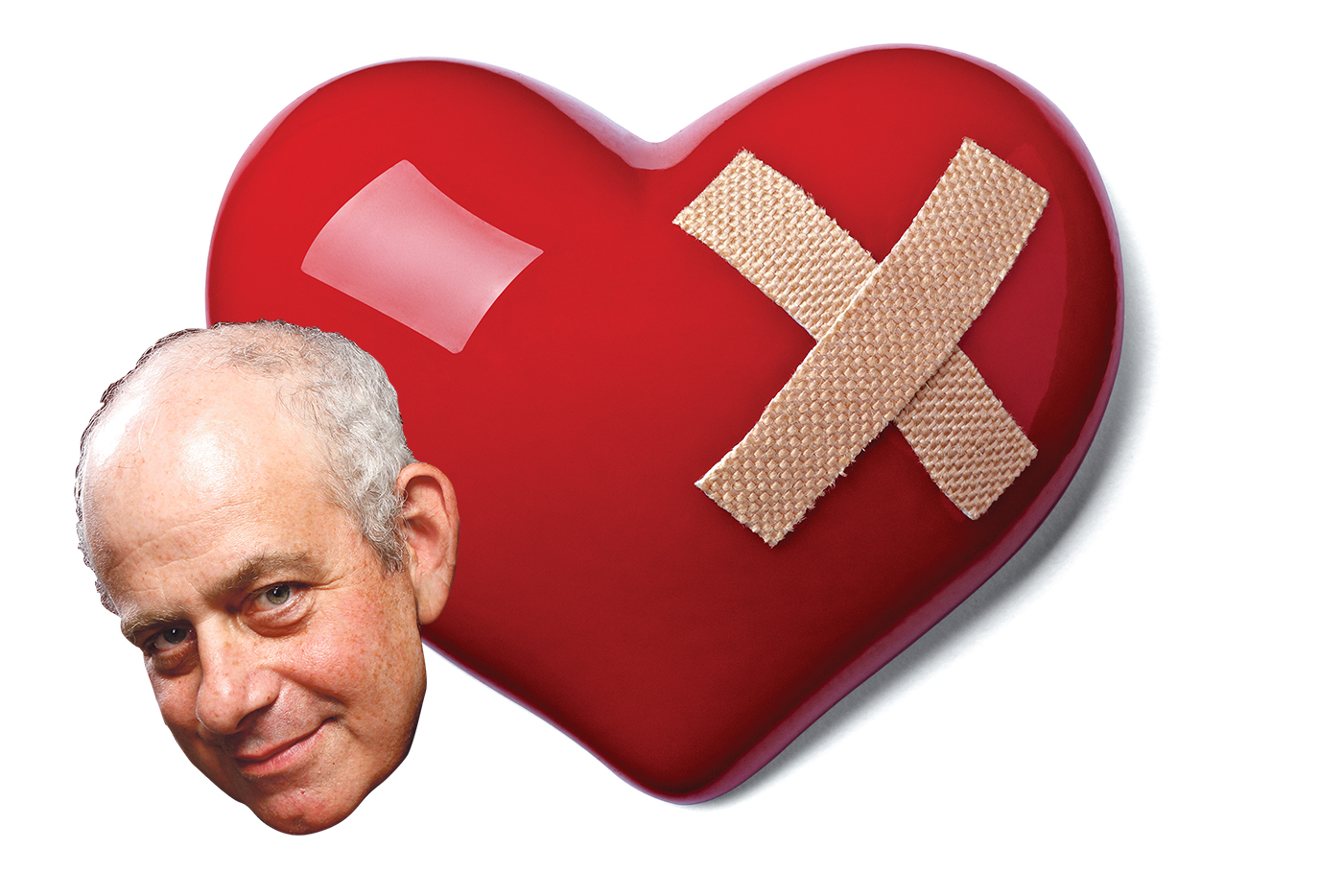 A jittering ticker’s trials make for a heart-pumping read.

Life can be funny sometimes. One day you and your wife can check into a beautifully restored, albeit still-haunted, historic hotel to celebrate your 20th wedding anniversary. The next day you can find yourself at a nearby cardiology clinic being told you need a pacemaker.

That isn’t meant to imply a connection between the Hotel Syracuse — recently reopened as Marriott Syracuse Downtown — and my highly irregular heartbeat. I’ve been troubled on and off by arrhythmia issues for about five years. I would never be so irresponsible as to claim that the condition took a dramatic turn for the worse merely because, in the wee hours of our stay the night of Sept. 14, I was visited by the lady in the bloody blue dress shrieking, “Why are there no mini-fridges in these goddamn rooms?”

And, yes, there was another encounter — also conveniently missed by my wife, Leigh — as we walked back to our sixth-floor room after a lovely dinner at the Eleven Waters restaurant. The tuxedo-clad man who lost his balance and plunged to his death down a hotel elevator shaft early New Year’s Day 1984 tapped me on the shoulder and hissed an alarming variation on a Tom Petty song:

“We’re gonna listen to your heart.

It’s gonna tell us what to do

We could use another phantom,

OK, that did rattle me a little, but to blame developer Ed Riley and Marriott for the fact that I am scheduled to have a pacemaker installed Wednesday, Sept. 28, at Upstate Medical University, at age 54, is a stretch. Besides, let’s not throw Rosemary’s baby out with the bathwater.

Haunted or not, the reborn hotel is a joy to behold. It didn’t take me long after moving to Central New York in 2003 to grasp that the Hotel Syracuse, which opened in 1924, occupied mythic status here. All those weddings, anniversaries and other galas, including Leigh’s high school Senior Ball, have made the ornate edifice inseparable from the collective consciousness. When the place was shuttered as an operating hotel in 2004, with demolition a possibility, the sadness was palpable.

That’s all behind us now. To walk through the stately lobby, study the artifacts under glass, visit the restored murals in the Persian Terrace and sip a fancy chess-themed libation in the Cavalier Room is to know that fairy tales can come true.

Another local restoration begins next Wednesday when I check into Upstate, a world-class health care complex brimming with brilliance and compassion. As I prepare to have a hole cut in my chest and wires connected to my heart, I wish to stress that the Jeff Kramer who has occasionally made fun of Upstate in his column is not me. That’s a different Jeff Kramer who no longer lives in the area. That guy was a jerk.

My condition is called tachy-brady syndrome. Specialized cells that signal the heart to beat stop doing the rhythmic lub-dub thing and start doing the Funky Chicken. The heart beats too fast and too slow at various times. Flutters, anxiety, and a sense of impending doom have become the rule. Donald Trump doesn’t help. A pacemaker will fix my malfunctioning heart, but nothing can fix his.

Still, The Donald didn’t start this problem. It now appears that my first episode of arterial fibrillation occurred in 2011 during a visit to the J. Paul Getty Museum in Los Angeles. I was gazing at the J.M.W. Turner masterpiece “Modern Rome — Campo Vaccino.” Suddenly, my heart was going a million miles a minute and I got dizzy. So, thanks for nothing, J.M.W! If you’re reading this, you suck and so do your fuzzy Romantic landscapes.

Another stressor was Super Bowl XLVIII, which featured my two favorite teams, the Seattle Seahawks and the New England Patriots. I was clinically dead the entire fourth quarter. My heart never recovered.

Watching my dog Larry almost kill himself while killing a porcupine wasn’t a heart-healthy experience, either. Larry, you suck even more than J.M.W. At least Turner can paint. And while we’re on the subject, why do you keep eating live wasps? What is your freakin’ deal?

But these days I’m all about positive energy. I wouldn’t get your hopes up, people; I’m going to be fine. It’s just that my next column will be powered by a battery. And hey, if disaster strikes and I don’t make it, you can still visit me anytime at Hotel Syracuse, Room 612.