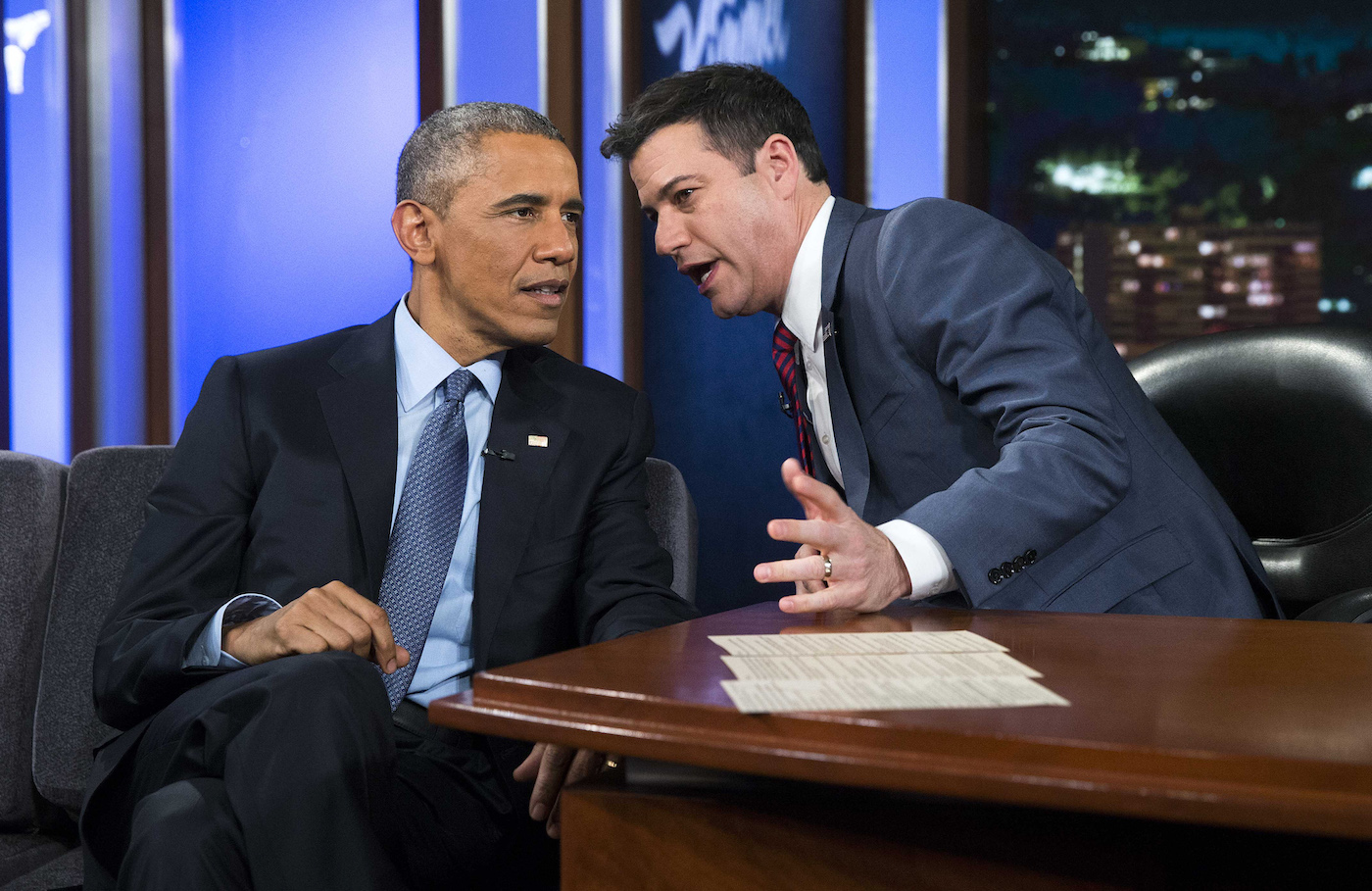 Columnist Cheryl Costa breaks down the question about UFOs we all want answered.

The UFO question came about from Jimmy Kimmel. Not once, but four times in the past two years and seven months he has asked three former U.S. presidents and a presidential candidate the same query about UFOs. All of them brushed it off. Some side stepped it with a laugh, others with an uncomfortable snicker claiming they can’t talk about it.

Jimmy Kimmel is an entertainer and should be commended for bringing up the topic in front of a national television audience that a majority of Americans (70 percent, according to a 2012 National Geographic UFO poll) want to know the answer to. But why is Kimmel the one asking this challenging question?

Why haven’t journalists affiliated with mainstream news shows, like 20/20 and 60 Minutes, or newspapers or, better yet, the White House press corps asked the same hard question? Do these world-class journalists feel that a question about UFOs and the extraterrestrial presence is silly and nonsensical?

How can the UFO subject matter be so trivial that the journalism elites can’t or won’t broach the question to current or former leaders? After all, how trivial can the subject matter be when a Canadian government memorandum, classified top secret from 1950 stated, “The matter is the most highly classified subject in the United States government, rating higher even than the H-bomb.”

In recent weeks I’ve had conversations with reporters and editors from around the country, and when I brought up the subject of UFOs, the tone of the conversation coldly changed to, “I’ve got to go.”

One editor literally laughed me off the phone. The most perplexing response came from the science editor from a major newspaper who told me “the UFO question has been settled long ago.”

I could only wonder how he came to this conclusion. Perhaps he bought into the 1968 findings of the Condon Report to Congress. The finding recommended that no government funding should be spent researching UFOs, which killed the US Air Force’s project Blue Book. It also prevented any other government agency from directly researching the topic or granting federal funds to academic institutions to pursue research. Of course we have no idea what has been funded in the black budget and researched in classified agencies.

A medical doctor acquaintance of on mine suggested that the nervousness on the part of many of those editors and reporters to the topic of UFOs might be rooted in sub-conscious fears. Perhaps it’s a natural reaction to having their reality challenged.

In the 1960s, the average UFO sightings reported nationwide totaled in the hundreds every year. In the 1980s, those numbers began increasing. Since the year 2000, our nation averages about 8,000 UFO sighting reports per year. Something big has been happening. It’s time for our free press and media to wake up.

If you would like to review the Jimmy Kimmel interviews, here are links to all four: