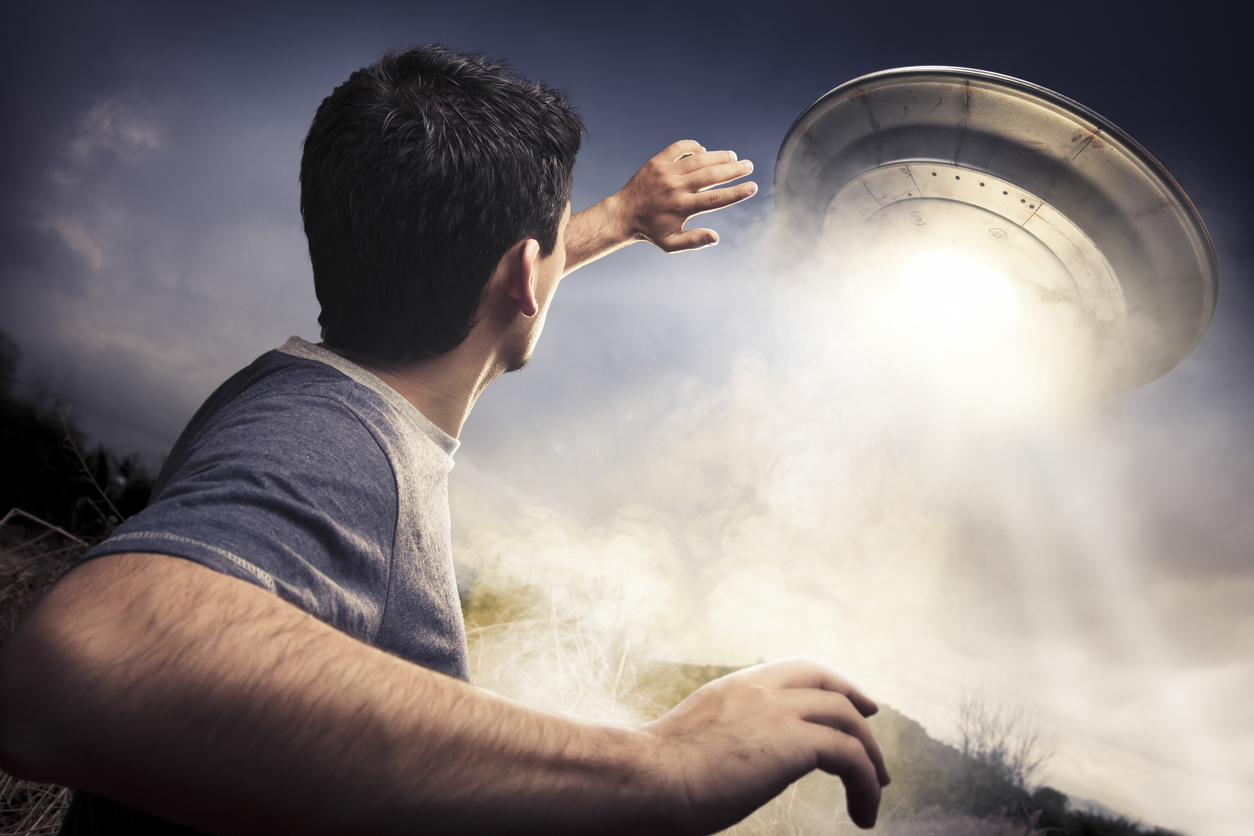 For starters, UFO sightings tend to be roughly flat Mondays through Thursdays. The sighting counts start to tick up on Fridays, peak on Saturday nights, and then trail off on Sundays. There are several suggested reasons for this.

On weekdays it seems that UFO sightings are driven by people who are routinely outside every day, rain or shine. I’ve observed that the routine weekday UFO sighting is reported by either someone going out for a smoke, a dog walker, or a dog walker going out for a smoke. Many MUFON (Mutual UFO Network) investigators point out that they routinely search the weekday UFO sighting logs for “smoke” and/or “dog.” I have read countless reports by second- and third-shift workers who were outside for a smoke break and witnessed something amazing.

The other factors that my co-author, Linda Miller Costa, and I observed in the data were that temperate weather and leisure time contributed to the UFO sighting count. Since most people generally have Saturday nights off, add good weather to the mix, and you get UFO sighting reports. While detractors suggest that Saturday nights are also a time for drunken behavior, since UFO sighting report forms are long and tedious to fill out, I doubt many drunks are going to bother with such a task.

So now we get to the meat of the UFO sighting data that people have really been curious about: What days of the year host the most UFO reports?

Independence Day holds the top slot. Some say the reason is because many people misidentify July 4 fireworks for UFOs. The other case is that there are lots of people with leisure time, outside in the dark waiting for the fireworks displays. Lastly, and I hear this frequently, the UFOs seem to like the fireworks and tend to loiter near significant displays.  What I found very interesting is that July 4 represents 2.11 percent of the 121,000 UFO sightings from 2001 through 2015.

Although we can agree that July 4 is unique, I’m at my wit’s end trying to explain the rest of the top 15 days of the year with the most UFO sighting reports. I suppose we could make the case that lots of New Year’s Eve revelers are out on Dec. 31 and Jan. 1. We might also make a case for July 3 and 5 because of alternate scheduling of fireworks displays and when folks might be outside.

But what is the deal with June 15, July 15, Aug. 15, Sept. 15 and Oct. 15? What parties are going on in the middle of these months that account for so many UFO sighting reports.

Finally, for those who want to know what states have the most UFO sighting reports on July 4, here is the list, in numerical order: California, Florida, Texas, Washington, Pennsylvania, New York, Arizona, Illinois,  Michigan and Ohio. These 10 states account for more than 52 percent of the nation’s UFO reports.

Yet when we look at the top 15 states for July 4 UFO sightings, the ranking is very different, and the No. 7 state Arizona didn’t even make it into the top 15. Which is surprising when you consider that Maricopa County, Ariz., the No. 2 county in the United States for UFO sightings, outranks 40 individual states.

For that matter, why does Washington state outdo California for July 4 sighting reports, especially when California has a population of 37 million and Washington has only 6.7 million.

If you have a UFO sighting to report, use one of the two national database services: NUFORC.org or MUFON.com. Both services respect confidentiality.

Raise The Tobacco Purchasing Age To 21
Katko, Miner Feud is Politics as its Worst
To Top