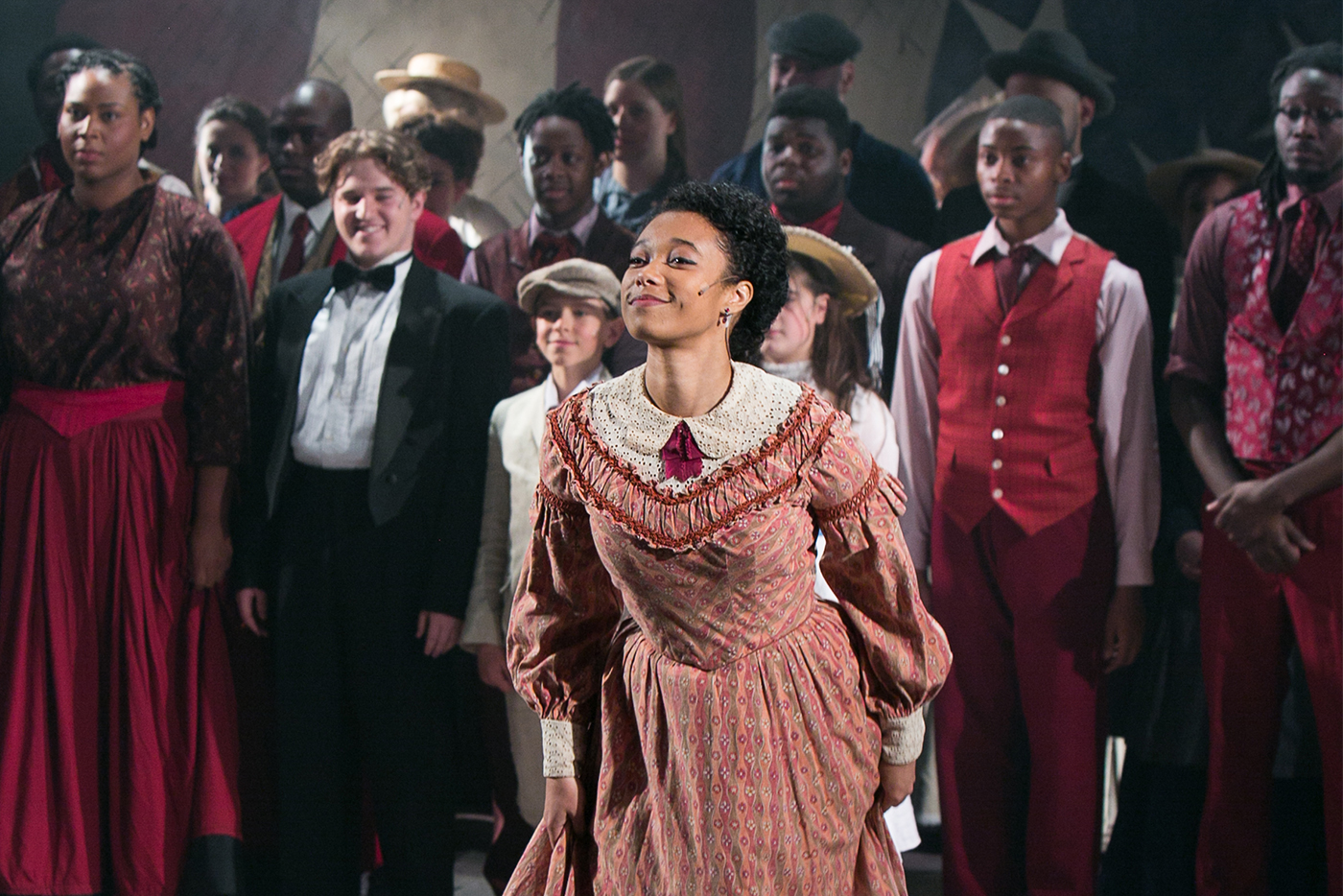 Redhouse’s 2016-2017 slate features an array of musicals, plays and performances.

As the Redhouse Arts Center gears up for its big 2017 relocation to its new downtown home, Redhouse @ City Center, it’s still business as usual at the 201 S. West St. venue. The 2016-2017 season promises an eclectic mix of musicals, plays and performances.

Redhouse founding artistic director Laura Austin says that every piece has a unique vibe. Even the traditional shows will be reimagined to make them relevant.

This season also welcomes back many audience favorites from out of town, including Equity member Briana Maia (Ragtime, Dreamgirls), playwright and performer Temar Underwood (Oliver!) and Joan Anderson (The Color Purple).

Austin says the actors enjoy returning to Syracuse. “It’s a city with a small-town feel,” she says. “There is tremendous respect for the arts here and artists are treated well.”

The season takes off with Avenue Q (Thursday, Sept. 15, through Oct. 1), the randy musical-comedy that mixes actors with puppets, while addressing the anxieties associated with stepping into adulthood. Nabbing honors for Best Score, Best Musical and Best Book at the 2003 Tony Awards, Avenue Q concerns the misadventures of Princeton, a recent college graduate, and his friends as they struggle with jobs, dates and finding a purpose in life.

Maia is excited, and somewhat nervous, to assay the role of Gary Coleman in Avenue Q, but she also loves challenges. “When coming to Avenue Q, people should expect to see Sesame Street on steroids,” Maia says. “This play enables its audiences to find the comedy and joy in situations that are seemingly impossible to deal with. Plus, it’s just a damn good time.”

The Redhouse next partners with Hillside Family of Agencies to produce the Disney version of Beauty and the Beast (Dec. 1-17), featuring songs from Alan Menken and Howard Ashman’s cartoon film. The Redhouse’s small, upstairs Lab Theatre will offer Ron Ruggiero’s Make Me A Song: The Music of William Finn (Jan. 19-28), a salute to the acclaimed composer-lyricist of musicals such as A New Brain, Little Miss Sunshine and The 25th Annual Putnam County Spelling Bee.

The Redhouse will welcome back award-winning singer, actress and Syracuse local Marissa Mulder as she performs Forever My Friend (Feb. 9-11). She will interpret the soulful music of American singer-songwriter Ray LaMontagne, including the songs “Trouble” and “’Til The Sun Turns Black.”

Austin says Mulder enjoys a huge following in the Salt City. This will be her third successive Redhouse show, with previous visits in February 2014 and February 2015.

“She is incredibly gifted and a rare combination of singer and storyteller,” Austin states. “Much more than a cabaret act, it’s a theatrical experience with Marissa.”

As part of its Rep Series, the Redhouse will stage two parodies of the Bard (May 4-20). The Complete Works of William Shakespeare (Abridged) allows the audience to experience 37 plays in 97 minutes, while The Bomb-itty of Errors, winner of the Jefferson Award and Best Show at the HBO Comedy Festival in Aspen, Colo., features actors rapping and rhyming during their interpretation of Shakespeare’s The Comedy of Errors.

Austin explains that the Rep concept offers two back-to-back plays that complement one another for greater impact and understanding. “They provide a modern accessibility to Shakespeare and create a ‘no fear’ approach to the text which appeals to an audience who might otherwise be intimidated by the material,” Austin says.

Maia regards the Redhouse building as a “home away from home,” as this will be her last performance in the little theater where she has played her most fulfilling roles. But she is also excited to perform in the new Redhouse space still under construction on South Salina Street.

Austin insists even with the big move, the Redhouse’s mission of carrying out innovative work in intimate spaces that force interaction between the audience and performers will not change. She will miss the “quirky space” on South West Street, Austin adds, but hopes to bring everything they learned from it to their new home.

Shradha Rao is a graduate student in the Goldring Arts Journalism program at Syracuse University.