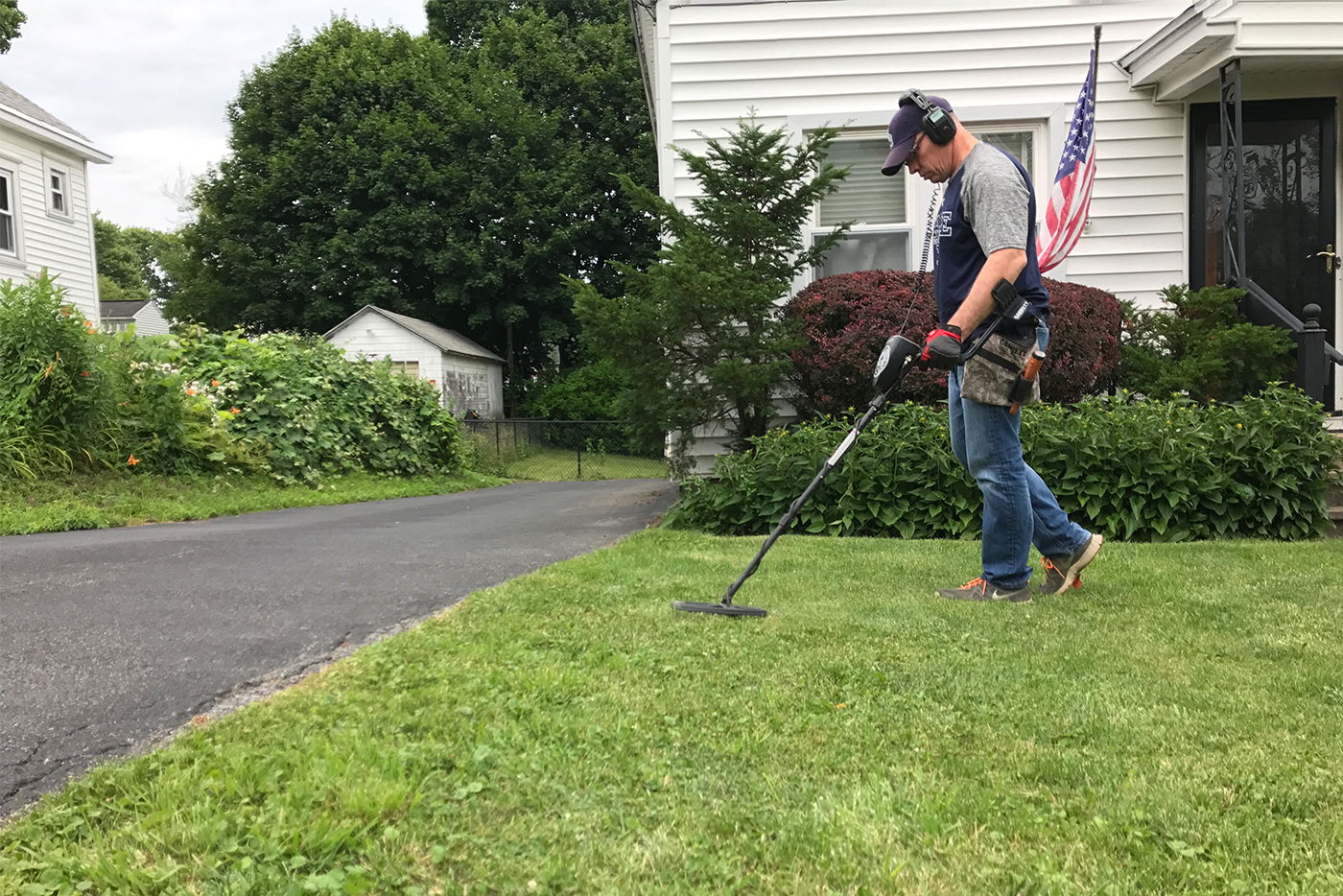 When Brian Yerdon was 9 years old, he bought a $20 metal detector from Radio Shack. Yerdon, a Lyncourt native and current city resident, would take the device up to the Adirondacks when he vacationed with his family.

“It was the thrill of not knowing what I would find,” he recalls, “like looking for the prize at the bottom of a Cracker Jack box.” Unable to find anything at a young age, Yerdon gave up the hobby, but he never forgot the excitement. 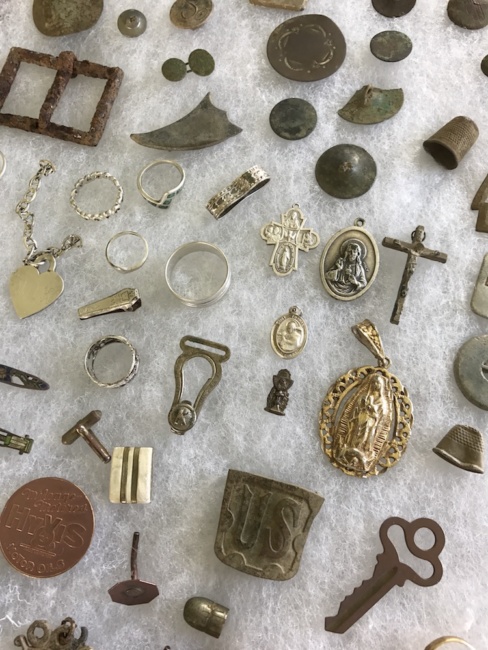 Forty-three years later, that feeling finally got the best of him. In the winter of 2013, Yerdon began watching YouTube videos to learn how to properly become a metal detecting hobbyist. The following spring, he purchased the proper equipment and dove in, shovel first.

Beginning in local parks, Yerdon hunted for anything he could find, knowing he wasn’t there to strike it rich. “For me, it’s about the hunt and the story,” he says. “I want to know what lies under our feet and the history behind it.”

A recent dig occurred at his friend’s property in Manlius, a home located at what is considered one of the highest points in Onondaga County. Yerdon unearthed a 1790 Spanish coin and 28 buttons from the late 1700s and early 1800s. These finds left him to wonder what might have occurred on that land so many years ago.

Yerdon has since upgraded his detector equipment. His new device, a Garrett AT-Pro, tells him exactly how deep to dig once he hears the proper signal. The depth of an item can range from 1 to 10 inches, although the depth doesn’t determine the age. “Some modern coins might be several inches deep, while older coins are waiting at the surface,” he says.

Yerdon explains that it all depends on the conditions: “As our weather shifts, so does the earth beneath us.” That’s the reason why Yerdon and other metal detector hobbyists can revisit sites and continue to find new treasures.

A prepress manager for a local printing company, Yerdon typically goes out on evenings and weekends when time allows. He also takes care of his live-in mother-in-law, who suffers from dementia, calling his time away a chance to “de-stress.”

Yerdon highlights his hunts and findings on his own YouTube channel, “Yerdigginit Metal Detecting,” which has more than 600 subscribers. In addition to his own social media pages, he also moderates Syracuse Metal Detectives, a Facebook group of 150-plus local residents who share in his passion.

Del Breazeale, another local digger and member of the Syracuse Metal Detectives, is also trying to hunt down the past. “My goal is to find history and preserve it,” he says. “If we don’t save the items from the ground, they’ll simply rot away and never be seen.”

Recently, a Syracuse University student with hearing loss used the Facebook page to recruit Breazeale to help her recover a lost hearing aid near campus, an item he found within three hours. Other members use the page to share photographs of their discoveries or organize group digs.

One popular location for local metal detectors is Thornden Park, where Yerdon recently uncovered a gold ring and a silver coin from 1877. “Thornden Park has been giving away relics for years,” he says. “It will never be hunted out.” 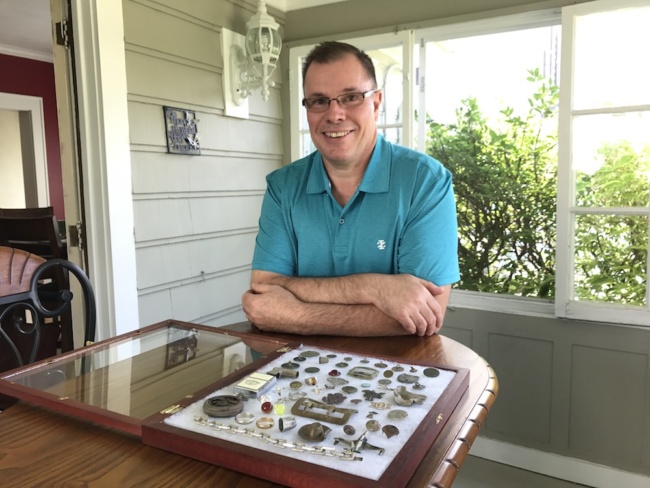 Although hunters are quick to point out their successes, it’s important to know that most of the items are not worth keeping. “More than not, your dig will consist of trash from bottle caps to rusty nails,” Yerdon says. “But the time spent is worth it.”

Of all the items Yerdon has found, he has never sold a thing, and he doesn’t intend to. He keeps his findings in display cases, while specific items are categorized into Mason jars consisting of cap gun parts, toy cars, bullets, silverware and more.

Occasionally, Yerdon will find an item that he can trace to the rightful owner, such as a 1960 Hamilton High School ring that he is in the process of researching.

He encourages anyone who wants to try their hand at metal detecting to know their town ordinances and learn the proper procedures before getting started. “It’s important to fill your hole 100 percent,” Yerdon cautions. “It should look like you were never there.”

Metal Detecting for Beginners and Beyond, a popular instructional guide, includes a code of ethics for all diggers to follow. A similar code is emphasized on the profile picture seen on the Syracuse Metal Detectives’ Facebook page.

Yerdon’s biggest interest now is home permissions, the opportunity to dig on untouched personal property. His hope is that as his work becomes better known, he’ll be invited to new locations by home owners.

To see what relics my property was hiding, I invited Brian Yerdon to my house in Eastwood to search my yard. To my surprise, his dig consisted of dozens and dozens of wheat pennies, a harmonica reed, three rings, a pin and several Syracuse Transportation bus tokens.

From now on, I’ll be following along to see what else Yerdon and the Syracuse Metal Detectives unearth. I might just join the effort.