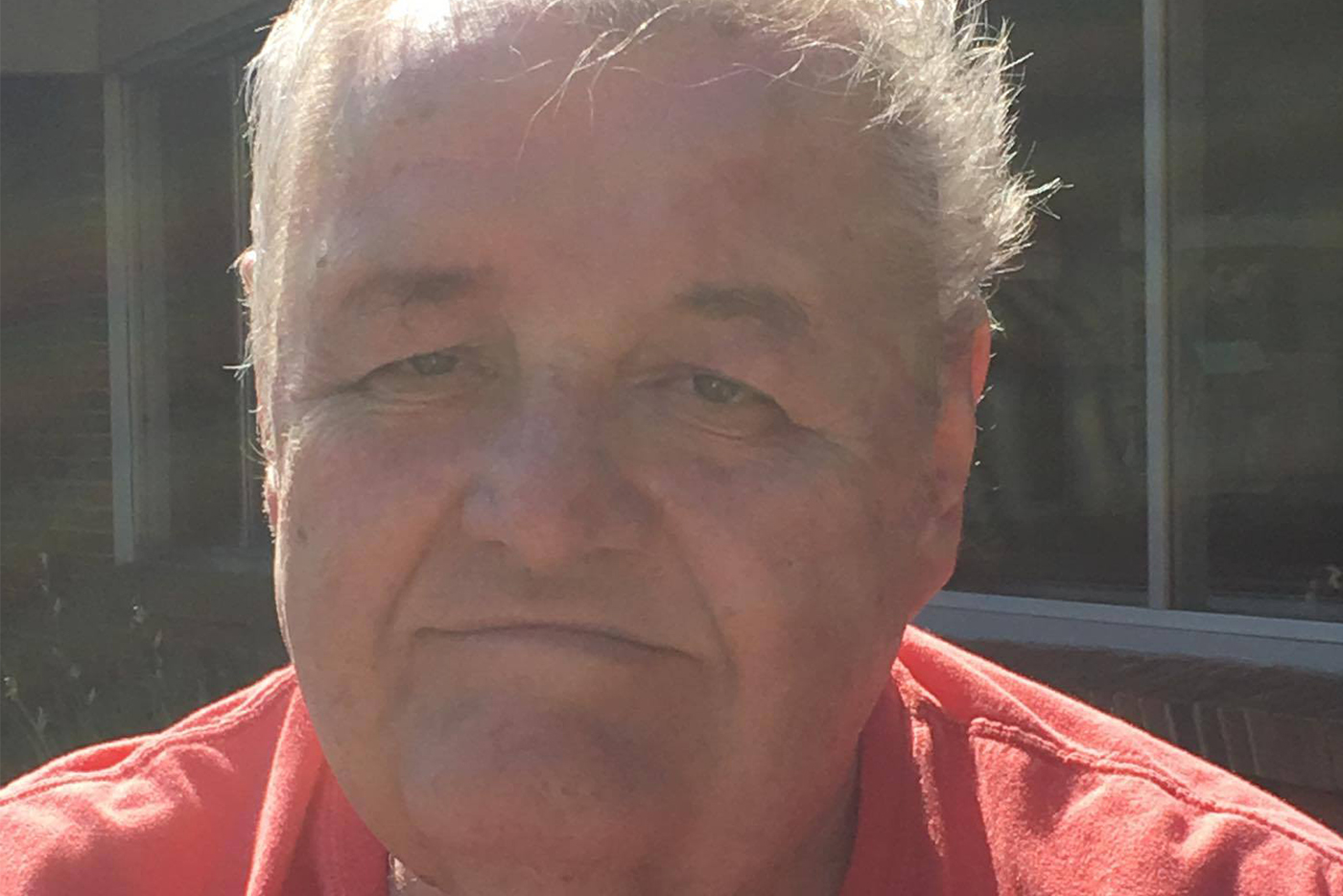 When we’re young, we often learn through experiences. Many of these moments happen on playgrounds and in parks with grade school friends and junior high buddies. As time presses on, we often look back on those memories and understand how they shaped us into who we have become.

For many residents from the Westvale community, those memories include Ronnie Paxson. Standing 6 feet 4 inches tall, Ronnie was known as a “gentle giant,” a staple at the Cherry Road playground for more than 50 years. Growing up on the 400 block of Parsons Drive, Ronnie’s home was just minutes from the park that sits adjacent to the elementary school he attended in the early 1950s with his neighborhood classmates.

Early on, it was evident Ronnie was different from his classmates. He had been born with his umbilical cord wrapped around his neck, resulting in learning differences. He struggled in school and was unable to keep pace cognitively with his peers. By the end of elementary school, he had been diagnosed with an intellectual disability and enrolled at McCarthy, a school for students with special needs before inclusion was a possibility.

But Cherry Road was always home, and where he wanted to be.

His former classmates matured as life’s trajectory took hold and they moved away from the park, onto new interests. This was the case for generation upon generation of Westvale residents, but through it all, Ronnie remained.

Equipped with a boombox and scary stories, Ronnie watched over the park, making sure every child played fairly, treated each other with respect and had fun. “He would play catch with every kid,” said his niece, Melanie Hawn.

Inside, the schoolteachers taught subjects; outside, Ronnie was teaching life.

“He told me that it was OK to be different, and he was right,” former Westvale resident Lizette Legere-Pierson said. “My sister and I are 14 years apart, and she can share the same stories with you.”

At a time when individuals with disabilities were often being institutionalized, Ronnie’s mother ensured he had the tools to reach his full potential, helping raise a man whose spirit shaped an entire community.

Ronnie also helped coach Westvale football, basketball and baseball for decades, often telling his players about the 544 home runs he hit against the New York Yankees.

Almost every Westvale resident has an uplifting story to tell about Ronnie. In 2014, Chicago-based writer M.C. Antil wrote that Ronnie “made a greater, deeper and more lasting impression on that little valley than all the politicians and business leaders combined.”

Today, Ronnie is 72 and recovering from an injury. He is at a local nursing home until he can return to his niece’s house in Liverpool, where he now resides with support from Onondaga Community Living and his family.

Little does Ronnie know, that a battle has been brewing in his honor.

Last month, Matthew Deno, a Westvale resident who grew up around Ronnie, was reading to his 11-year-old son when he had an epiphany: His son will be part of the first generation to never know Ronnie Paxson. “This is the end of something special,” Deno said. “He will never get to learn from Ronnie.”

Full of emotion, Deno decided to act. He wrote a letter to the Westhill Central School District Board of Education requesting them to name the park at Cherry Road Elementary School after Ronnie.

Soon after receiving the letter, Westhill superintendent Casey Barduhn denied the request, stating that the board would consider naming a bench or a tree in his honor.

“I was pleased with the response, but I had hoped for more,” Deno said.

Just days before a school board meeting on May 16, Deno decided to begin a petition in hopes of gathering signatures in support of his idea. Deno posted the petition online and the flood of memories that came pouring in was nothing short of magical.

“Ronnie was the heart and soul of the entire neighborhood.”

“Ronnie is truly pure and all love. I’m grateful I was lucky enough to grow up in Westvale when he was a fixture at Cherry Road.“

“He was so uplifting and positive.”

“Ron is truly one of God’s angels on earth.”

“He is a beautiful soul that has touched thousands of lives for many generations.”

The petition received close to 500 signatures and more than 175 comments, many mirroring the aforementioned examples. Deno printed copies of the petition for each one of the board members and presented his case, closing with, “Differences disallowed him from school. Despite the rejection, he was there every day for decades, more time than anyone. He wasn’t fully included then; why not include him now?”

The Westvale community is awaiting a decision from the Board of Education as members reconsider their initial response.

I reached out to Barduhn, who stated, “At this point, the board is not going to take any action for or against the request. We are going back through policies regarding naming facilities after people within various districts. Don’t expect quick action; we hope to do our homework and circle back around to it.”

Deno recently visited Ronnie at the nursing home to thank him for his contribution to the community, his unconditional love for the people of Westvale and for the life lessons he has provided to generations of children.