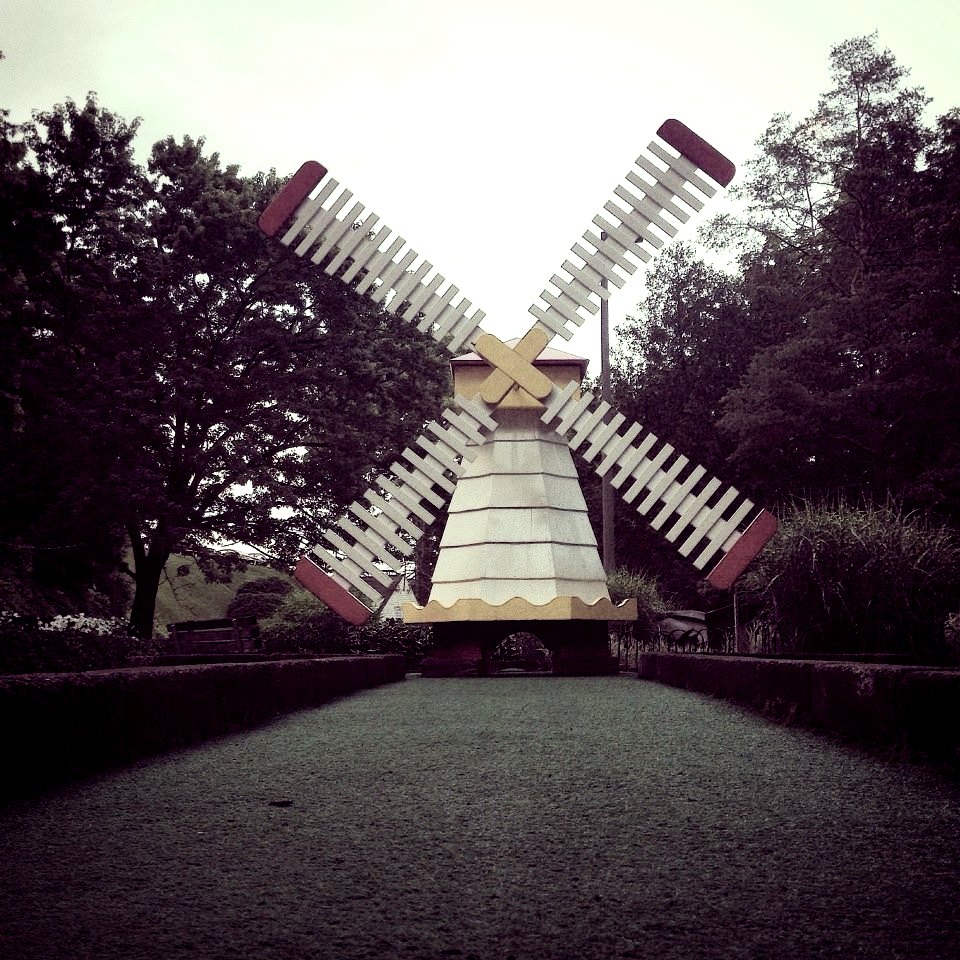 Putt putt for the fun of it

It was a soggy night on the links at Fairmount Glen Miniature Golf. After the torrential and devastating storm the day before and the all-day intermittent showers, the break in the weather called for a chance of fun and excitement all the while living on the edge that the weather could produce snow at any moment. One can ever know in Central New York, and this includes the meteorologists; they predict one thing and are baffled by what they see looking out the window that very moment. It could be raining gremlins, and none of us would believe them.

The best thing about Fairmount Glen to “putt putt for the fun of it” is that it takes us back to our childhoods. If not, then start now. Bring your kids as an excuse to go mini golfing, if you’re that uncomfortable about it. We can let loose a little bit. We can call shots, and wagers can be made. We can take the risk on climbing on top of a few displays and sword fight with the rubber ends of the golf putters. No? Hey, if those LARP (live action role playing) folk can play with swords at Onondaga Parkway, well … OK, it’s not exactly the same.

According to the Fairmount Glen website, the original location was opened up in 1947, which is where the West Genesee school bus garage now sits. It still remains a staple of suburban Syracuse and one of the elite mini golf courses to this day. This is why it’s $7.50 per game now, and that has raised faster than gas prices. The Glen was one of those far away lands that we could only get to by car, which our parents had to drive. Pulling off driving the car could be done at such a young age, but it was mostly frowned upon. It was either here, the mall (any of them, when they were safe, with adult supervision, and this list includes Fairmount Fair), and East Hill’s Elementary School’s playground. Going to the latter was always a treat. Nothing against Split Rock and all, but East Hill was like a massive wooden land/ship (changed by the day) that we were excited to reach, similarly to the finale of Super Mario Brothers 3.

Golfing, however, was a game within a game. Each hole presented a new challenge, and it was needed to be solved and moved on. As a kid, numbers and strokes were ignored and other rules were created. We kids were kids, and didn’t take it too seriously … until scores were added up. Sometimes the obstructions take the form of hills, bulges, gutters, dips, and drops. Sometimes the challenges would entail sending your ball down a narrow strip and through a barn, across the drawbridge of a castle, or maneuvering past the blades of that friggin’ windmill.

At least there isn’t a clown.

Yet, it’s very tempting to try as many mini golf courses as possible.

Perhaps there are stories that are to be told regarding the obstacles. After all, why were those chosen out of the infinite potentials? Why can we only see the outside of the castle? Can we skip to the hole that feels like Plinko? If I win that free personal pan pizza from Pizza Hut, will it give me dysentery?  And let’s not forget about the most important question: Where does that door — at the 15th or 16th hole with the waterfall — lead to? Sure, you can say maintenance purposes all the as many times as you’d like, but we still won’t believe you and feel know the truth is still unknown.

This brings me to think of The Mysteries of Harris Burdick by Chris van Allsburg.  The picture that is paired up to “Uninvited Guests.” The one with the small door in the basement. The picture that has a caption that reads, “His heart was pounding. He was sure he had seen the doorknob turn.”

Oh, don’t get paranoid on me. Nosferatu will not be lurking down a dimly lit hallway toward your bedroom. Claws won’t pull you under the bed, and tentacles or skeleton hands won’t appear from your closet.

We all know gremlins live there … and we know how much they love water. Fútbol Fever
UFO 1988 – A Reddish-Orange Thing, the Size of an Aircraft Carrier
To Top