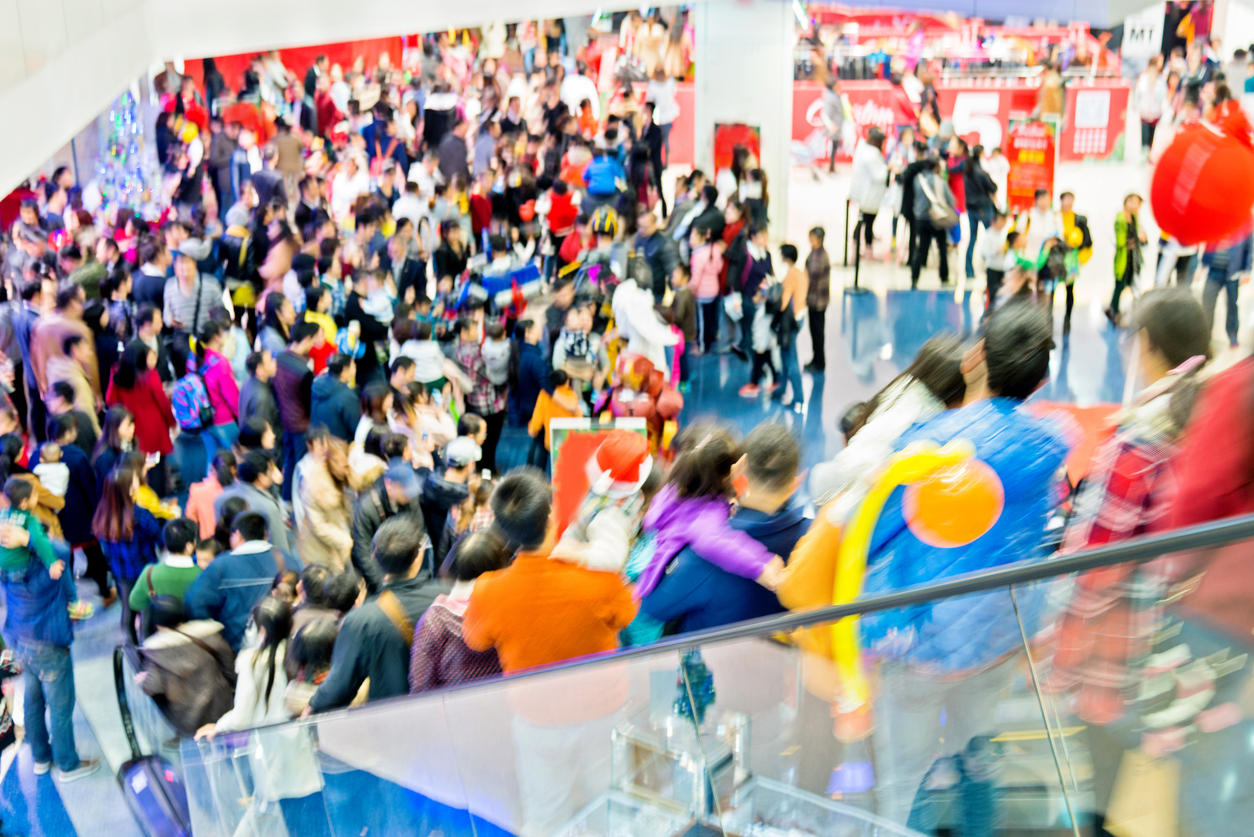 The Holidays are Increasingly Being Consumed by Consumerism

Even during the holidays — the time of joy and good will toward men — we find ways to be at each other’s throats.

The “most wonderful time of the year” is marred by whether we should say “Merry Christmas,” or “Happy holidays,” or some other kind of non-secular rendition when we address crowds at holiday events or cashiers in the mall. The push in recent years to be religion-neutral has often been referred to by traditionalists as “the war on Christmas.”

But whichever phrase one chooses doesn’t matter in the least. Our way of greeting one another in December isn’t going to undermine how we individually celebrate this time of year nor will it completely uproot what we individually think it means.

That’s not the war we should be concerned with.

I’ve received more than 18 emails from Amazon.com since Nov. 20, telling me what it “recommends” I purchase for my loved ones. I’ve also received five from JCPenney in the same period of time, telling me to buy now because “these deals won’t last!”

Christmas gifts and ornaments start appearing on store shelves in October and companies come up with the nuttiest holiday-themed jingles and sayings — like “Paints”giving and “Happy Honda Days.” My favorite so far this year has been a song telling you to switch your cell phone carrier to Cricket, set to the melody of “Carol of the Bells.”

And as usual, Black Friday can look more like scenes from those apocalyptic movies where people fight over the last loaf of bread in the store — except it’s not bread, it’s a big screen TV.

This is the actual “war on Christmas.”

When we see these things every year, we always end up asking this: Is Christmas becoming too commercialized?

Gallup posed the question back in 2000 and found that 85 percent of Americans thought then that it was — an uptick of six points from 1990. A 2013 Pew Research Center poll found that one-third of Americans say they dislike the materialism of the holidays, one-fifth dislike the expenses associated with the season, and one-tenth dislike holiday shopping and the crowded malls and stores.

It’s definitely not a new phenomenon. In the 1965 classic “A Charlie Brown Christmas,” Lucy van Pelt said “we all know that Christmas is a big commercial racket.”

But it just seems to get carried away every year. The holidays themselves are becoming more consumed by consumerism. Materialism has defined the spirit of the season. And it’s in our faces from all sides — from the stores to the internet.

I’ve never gone to a retail store on Black Friday. I’m usually too occupied with traveling or leftover turkey. But I’ve heard enough horror stories to know that I have no interest in being part of it. I managed to avoid it again this year.

Last Black Friday however, I actually did go inside a mall. But it wasn’t to shop. It was to go to “Escape the Estate” for the first time.

I couldn’t believe the number of cars in the parking lot — as far as the eye could see. It was the same thing this year when I drove by the mall.

Even though it’s always been a frenzy, during the past few years Black Friday has bled into the evening hours of Thanksgiving — “Gray Thursday” it has become to be called. The Old Navy store at the mall near me opened at 3 p.m. on Thanksgiving; Best Buy and Macy’s at 5 p.m.

I find it ludicrous, and honestly, quite sad that people are so eager for the latest and greatest at the lowest price that they are willing to stand in line for god knows how long and potentially miss out on time spent with family, and on pumpkin pie. It also forces store employees to go into work who might actually prefer not to.

I once asked a friend who used to work at Hallmark what it was like working on Black Friday and during the holidays. She replied, “it’s like Hellmark.”

Fortunately, the resistance against this most infamous retail day has made some progress and many companies have started scaling back.

Beginning last year, many stores and outlets started a movement of keeping their locations closed on Thanksgiving. That movement continued this year. Burlington Coat Factory, H&M, Hobby Lobby, Home Depot, Lowe’s, Marshalls, Office Depot, Staples, TJ Maxx and many other companies announced earlier this year that their stores would not be open on Thanksgiving.

Indeed, Mall of America, the largest shopping mall in the country, famously said in 2016 it would stay closed on turkey day. In 2017, they went one step further by offering holiday pay on Black Friday for the 1,200 people it directly employs.

It’s not just the stores making those decisions either. Massachusetts, Rhode Island and Maine have even passed state laws that prohibit some stores from opening on Thanksgiving.

Now, don’t get me wrong. There’s nothing evil about holiday season commercialism by itself. It’s good for the economy, it’s good exercise during the winter season and it’s good for our social circle. But if and when it gets to the point where we forget what holidays are supposed to be about, then maybe we’ve gone too far.

Have we reached that point?

Well, we currently have a national holiday meant to give thanks for what we have, only to be followed the next day by a giant rush to stores to buy what we don’t have.