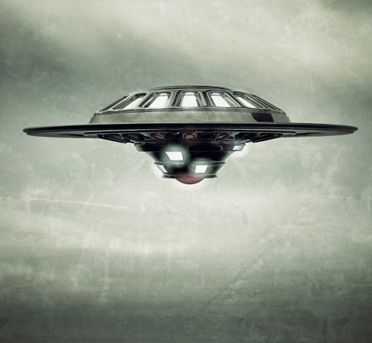 Did you know that World Airports are Being Targeted by UFOs?

It was a routine November day at Chicago’s O’Hare airport in 2006. At Gate C-17 a United Airlines ramp employee was pushing back United Airlines Flight 446, bound from Chicago to Charlotte. Suddenly the United ramp employee saw it, a metallic disk hovering above the airport. He immediately informed the flight crew he was servicing about the object overhead and they too witnessed this event. At another area of the airport, numerous other air employees observed the same stationary disk. A United airline manager who was observing the object contacted the tower and they were as puzzled and stunned as everyone else. Finally, the disk shot upwards with such force and speed that it punched a hole in the cloud cover leaving a visible portal to the blue sky above.

Of course as you might expect United Airlines attempted to gag its employees. One employee came forward and contacted the Chicago Tribune where reporter Jon Hilkevitch reported the story, which was briefly picked up by numerous cable news outlets. The Chicago Tribune filed a Freedom of Information Act (FOIA) request. As a result the FAA ordered an internal review of air-traffic tapes to comply with the request. Ultimately the FAA’s assessment was simply that the event was weather related phenomena.

26 January 2001: at the Barnaul airport in southern Siberia, a cargo aircraft was prevented from taking off due to a UFO in the flight path, as a result the airport had to be briefly shut down.

17 August 2011: China’s Jiangbei Airport was forced to shut down for about an hour due to UFO sightings. Many flights were delayed and diverted.

5 March 2013: an Alitalia flight crew reported black “drone like” object just hovering 200 feet from their aircraft as they were landing at New York’s JFK airport.

13 August 2013: In Mexico City, a tubular object appeared and released shiny spheres as it hovered over the runways of the Benito Juarez international airport.

7 January 2014: A UFO appearance over the airport in Bremen, Germany caused many flight delays and one flight to be canceled.

11 January 2014: an A320 Airbus flight crew reported a near collision with a UFO over London’s Heathrow Airport.

Believe me when I say the list goes on and on!

So the question we all should be asking: Why are the UFOs interrupting routine flight activities at the world’s airports?

The answer is anybody’s guess, but Whitley Strieber suggested in one of his alien contact books that the aliens are interested in making common contact with the people of our planet. It’s been suggested that they have grown impatient with the secrecy and intrigues being fostered by the world’s governments, in particular the United States government with regards to their existence.  After all, since 1969, the official US government position has been that these things do not exist. But the continued and the greatly increasing appearance of these objects in the world skies suggests otherwise.

In my humble opinion, I think the aliens are trying to force the issue of UFO Disclosure by making it very hard to ignore.

What better way than by being highly present and by gently bringing our air transportation system to a halt so that we can’t ignore it any longer?

1 April 2014: at about 4 a.m. a resident of Hurley went outside for a smoke and observed a bright star like object in the northern sky that would appear and disappear in 15 seconds intervals but always in the same spot.
2 April 2014: at about 7:30 p.m. a South Huntington resident was leaving a local shopping mall and looked up to admire the moon in the very clear sky. Suddenly she noticed a huge black craft fly beneath the moon.
4 April 2014: at about 8:15 p.m. a Pine Bush motorist observed an object with red and white lights descending rapidly to a very low attitude. As the object got closer the observer noted a series of five lights that were closer together than any airplane, almost touching. The object was described as being over 20 feet wide. The motorist states that he “resisted the urge to follow it.”
3 April 2014: at about 6 a.m. a Coop City resident who lives on the 16th floor of a high rise apartment building observed an orb of light descending and coming to within 150 feet of the building. It wasn’t terribly bright but it certain looked solid. Suddenly two more orbs moved into the area and all three joined as one. The orbs vanished shortly afterwards.
9 April 2014: at about 10:45 p.m. a Buffalo resident witnessed what initially appeared to be just a bright star was observed to be moving very fast across the sky. Suddenly the object brightened and vanished.
6 April 2014: at about 1:15 p.m. a Cornwallville motorist and passenger were driving east observed a stationary silvery Cigar shaped UFO in a perfectly clear blue sky for about 8 seconds, then it just disappeared.

If you have a UFO sighting to report, you can use either one of the two national database services: www.NUFORC.ORG or  www.MUFON.COM  Both services respect confidentiality. If you have a UFO story to tell, Cheryl Costa would love to hear the when, where and what. Email it to NYSkies@DragonLadyMedia.com. The names of witnesses will be omitted to protect their privacy.