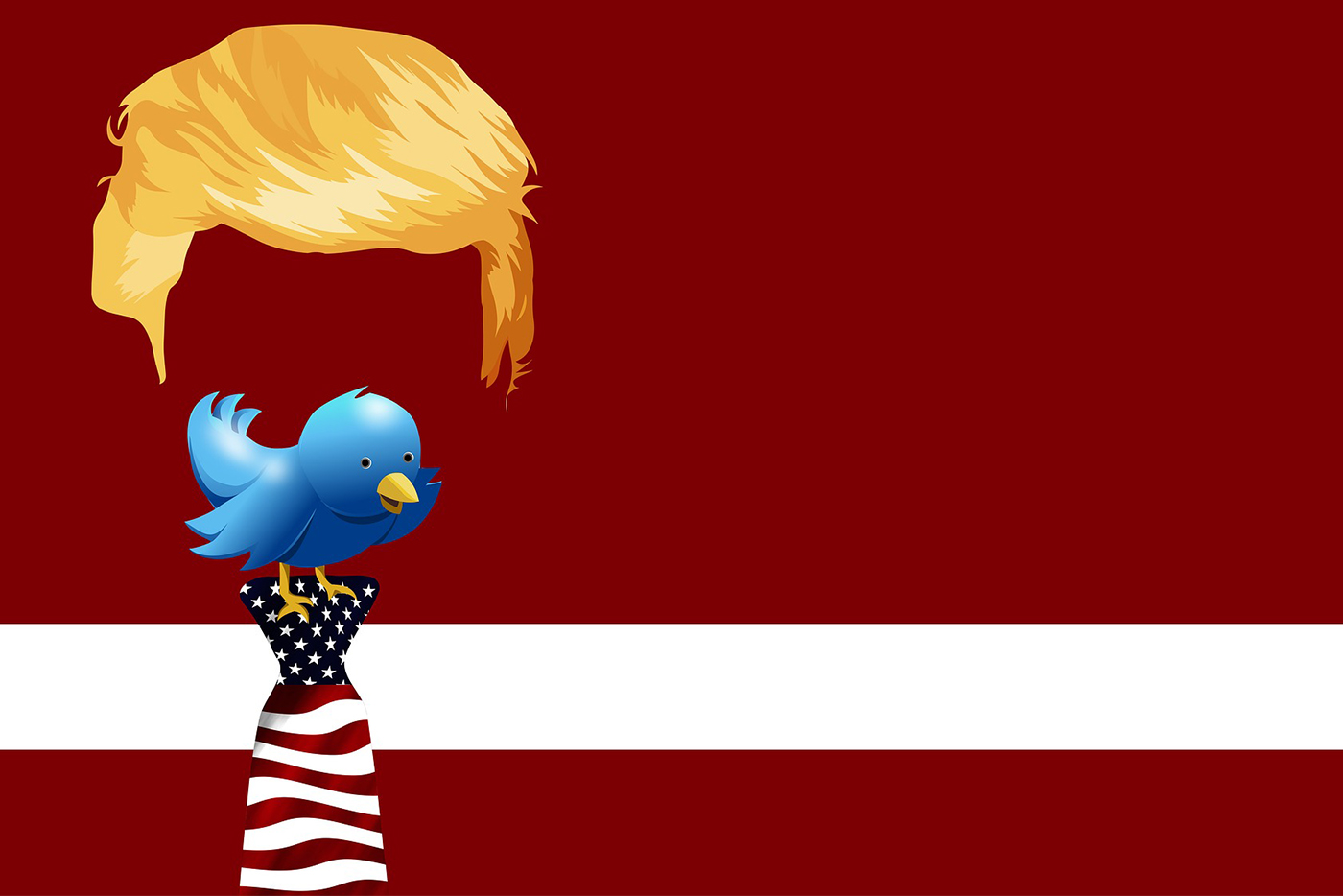 President Trump’s use of social media as bully pit disqualifies him from using it.

Last weekend, like many times before, President Donald Trump was tweeting. After a whole week of seemingly relentless Twitter attacks on NFL players who refused to stand for the National Anthem at various football games, the president was criticized for not using his most famous form of communication to address Puerto Rico, which is still reeling from the devastation of Hurricane Maria three weeks after it made landfall there.

Trump finally got around to it — using Twitter not as a way to encourage relief efforts or to rally the country behind him — but as a storm of its own kind.

“The Mayor of San Juan, who was very complimentary only a few days ago, has now been told by the Democrats that you must be nasty to Trump,” the president tweeted. “Such poor leadership ability by the Mayor of San Juan, and others in Puerto Rico, who are not able to get their workers to help. They want everything to be done for them when it should be a community effort.”

The island is facing a humanitarian crisis. These are American citizens. Thirty-four people are dead. Many of the island’s 3.4 million inhabitants are still without power or water and some estimates show it could be up to six months before electricity is completely restored. And with the island already on the financial brink, coming back from Maria will be a challenge for the ages.

It isn’t that hard to be civilized here. This isn’t about health care. This isn’t about taxes. This isn’t about the media, Confederate statues or even football players. This is about a freakin’ hurricane. And while these people are struggling for the basic necessities of life, the president decided that using social media from his plush golf course in New Jersey to attack those same people was the best course of action.

As if we really needed a new reason, Trump’s vicious tweets about Puerto Rico are the absolute final indication that the president is unfit to be in charge of his own Twitter profile.

Yes, it is true that Trump is the unchallenged master of using the digital platform to his political advantage. Just as Andrew Jackson mastered using newspapers, Franklin Roosevelt mastered radio, Ronald Reagan mastered television and Barack Obama mastered the internet and Facebook, Trump has revolutionized Twitter as a means of direct communication to the masses.

This is definitely not the first time he has been criticized for his 140-character tantrums, but each time he has been, his administration continues to argue that his use of Twitter is a means to get his message out to the American people without interference from the media.

The problem is that message has largely been one of divisiveness, endangering national security, spreading false information and, of course, an extreme lack of human decency.

He has used Twitter to both inflame and fan the flames of controversial issues that reach and often times cross the line. He has suggested that those who burn the flag should spend a year in jail (which is a constitutional right), that the media are the “enemy of the American people” (which they aren’t) and that the U.S. court system should be blamed in the event of a terrorist attack because they are “slow and political” and that one federal judge was a “so-called judge.”

He has used Twitter to show an extreme carelessness in keeping Americans safe. While attacking The Washington Post, he all but declassified a secret CIA operation that trains and arms U.S.-backed Syrian rebels. He has taken a serious issue like North Korea and turned it into a joke by constantly referring to Kim Jong Un in tweets as “Little Rocket Man.” He has also said any hope of negotiating with the Stalinist country is hopeless and that “only one thing will work” to solve the crisis — a statement that leaves little room for argument that it doesn’t imply an act of war — a dangerous statement when it involves an insane leader bent on the U.S.’s destruction.

He has used Twitter to try to mislead and lie to the general electorate. While he loves to rail against “fake news,” Trump has tweeted out information sometimes so false, so outrageous, it doesn’t require much thought to see it is not factual.

He has suggested that 3 million people voted illegally in the 2016 election, even though no evidence has supported that claim. He tweeted that former President Obama had wiretapped Trump Tower, a claim the FBI has rebuked. He tweeted that “122 vicious prisoners, released by the Obama Administration from Gitmo, have returned to the battlefield,” which was deemed false by a report from the Office of the Director of National Intelligence — which he oversees — and yet he tweeted it again on his @POTUS account hours after it was debunked.

And, of course, he has used Twitter to publicly bully and humiliate anyone who dare challenge or disagree with him. This is not the most problematic facet of Trump’s tweeting habits. It is, however, the most disappointing. The president of the United States is supposed to represent the best of us. He is supposed to be a moral beacon for American values.

On Twitter, Trump is not. During his campaign he used insulting nicknames for his opponents. He said Sen. John McCain wasn’t a war hero and insulted a judge for his Mexican heritage. As a president, he attacked the mayor of London immediately after the Manchester bombings killed 23 people. He has attacked several members of his own party on Capitol Hill, from Sen. Mitch McConnell to Sen. Bob Corker. He retweeted a picture of a person with a CNN logo on his face getting hit by a train days after a woman was killed at the Charlottesville rally when a driver plowed his car into a crowd. He called MSNBC anchors Joe Scarborough and Mika Brzezinski “Psycho Joe” and “low IQ Crazy Mika.” And of course, he attacked a mayor in Puerto Rico during a natural disaster.

And this is why we should wonder: If we can’t trust Trump to handle a simple social media account, how can we trust him to run a country?

Tom DeLonge Challenging Boundaries of What is Possible.
Senior Homes Jeopardized By Money Woes
To Top