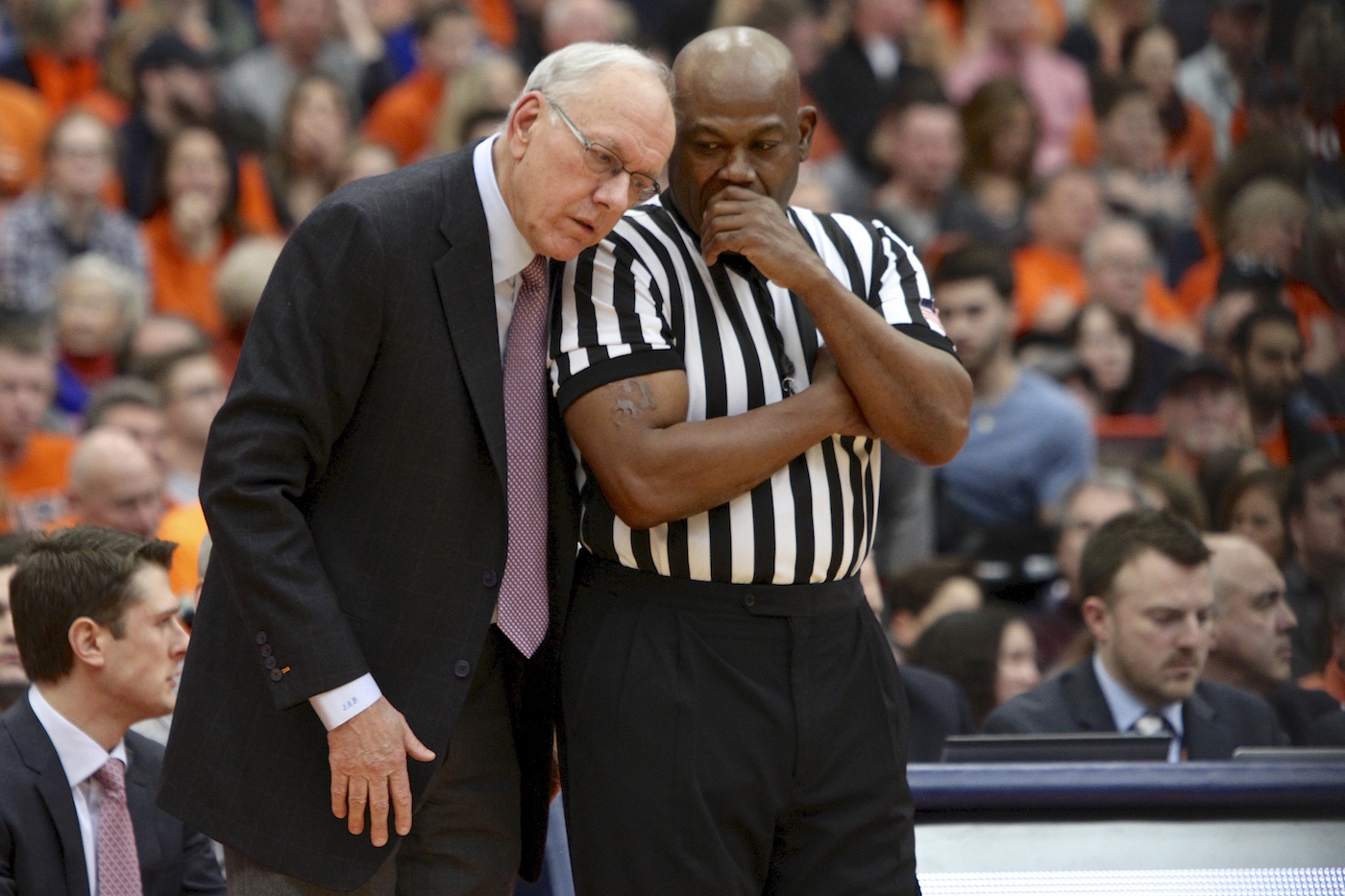 The Orange are in the big dance.

The Orange are going dancing, but not everyone is happy about it.

CBS analyst Doug Gottlieb hasn’t been shy about his feelings toward coach Jim Boeheim and Syracuse in the past, and he took little time to point out how he felt about the Orange’s inclusion in the 2016 NCAA Tournament. As soon as Syracuse (19-13, 9-9 ACC) was announced as a 10-seed in the Midwest region last night, Gottlieb opined how no team that had lost to St. Johns (8-24, 1-17 Big East) should be rewarded with an NCAA Tournament berth.

Gottlieb gave some clarification to his comments on Twitter later on in the night:

For the record, I was much more surprised at the Michigan and Tulsa selections.. CUSE being a 10 seed was very high

One team I am definitely higher on than most everyone is Syracuse. I've had 'em in for a while and they haven't moved. Might be past first 4

The jury is still out on whether the Orange deserve to be in the Tournament, but NCAA selection committee chairman Joe Castiglione gave a bit of insight on why the team was selected on ESPN radio. Castiglione said that Boeheim’s suspension for nine games played little into the committee’s decision.

“We’re obviously aware of it, but it didn’t get much conversation in the room,” Castiglione said. “When discussion ensued, it really focused on Syracuse’s five top 50 wins … three of those came away from home.”

Castiglione mentioned that metrics such as this had more to do with Syracuse’s inclusion than its RPI, which is 72 — the worst out of any at-large bid in NCAA Tournament history, according to NBC Sports.

Now that they’re in, the Orange have a date with the Dayton Flyers (25-7, 14-4 A 10) on Friday, March 18 in St. Louis, Missouri. Momentum is in clear favor of Dayton, a team that just won the A 10 Conference Tournament over NCAA Tournament snub St. Bonaventure. Meanwhile, Syracuse is coming off losing five of its last six games, including a first-round exit from the ACC Tournament against Pittsburgh.

Despite the odds being stacked against his team, coach Boeheim is in high spirits heading into Friday.

“We’re happy to be in this tournament,” Boeheim said on ESPN following the NCAA Tournament Selection Show. “We dug a hole, but this team dug itself out. I was worried going in, but when I saw teams get in with only two wins against the top 50, and we had five, I started getting a little comfort level that we were going to make the tournament.”