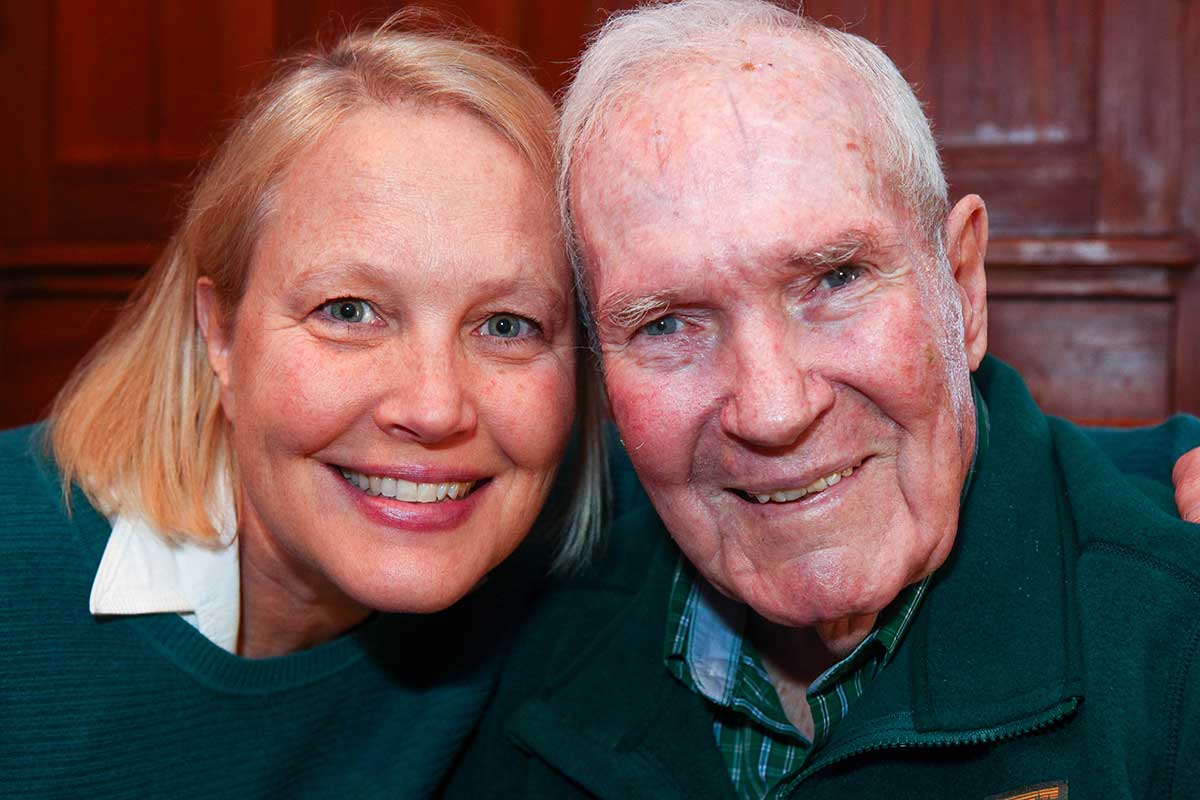 Father Bernie Mahoney and daughter Joanie Mahoney have much more in common than most Tipperary Hill family members. They both served on the Common Council, they both ran unsuccessfully for mayor (although Joanie eventually became Onondaga County executive from 2008 to 2018), and now both will be grand marshals
of the 37th annual St. Patrick’s Parade in downtown Syracuse.

Both are looking forward to the parade as a family event, as they welcome more than 40 relatives who will be marching, including 16 of 17 grandchildren who live in Onondaga County. This year’s parade will kick off at noon Saturday, March 16, at Clinton Square, and moves down South Salina Street to West Onondaga Street.

Joanie observes that the parade’s theme is especially appropriate: “Syracuse. Irish. Family.” For more than 40 years in the 20th century, Syracuse celebrated the holiday without a parade. In 1983 the current marching celebration was revived by Nancy Duffy, the late television news reporter for WSYR-Channel 9.

For the most part the event in Syracuse has been characterized as one of goodwill. This year a conflict has arisen over an element of Irish tradition. The word among first-generation Irish is that corned beef and cabbage does not constitute a symbolic St. Patrick’s Day meal. Boiled bacon, they say, is a more appropriate menu choice for Joanie, whose father proposed to her mother on St. Patrick’s Day in 1958. The conflict is of little concern: She is a vegetarian. 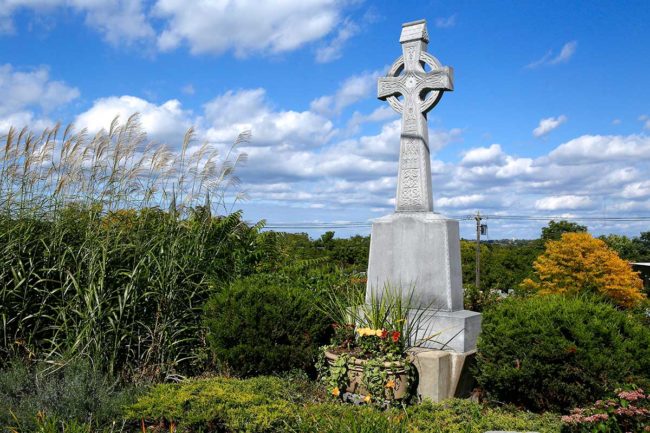 How Irish are the local politics?

Joanie Mahoney: We still see it today, with a (Ben) Walsh in City Hall and a (Ryan) McMahon in the county executive’s office, that those early influences still play a role. But many other ethnic groups are also involved in local politics: the Greek community, the Italian community, as well as some Eastern European countries, and African-Americans. But the Irish have been involved in local politics for a long time.

Are there current influences from the old country?

Bernie Mahoney: I think the question involves historic reputations. And certainly for many years, the Irish had the reputation of being hard workers, especially as laborers. I think while most Irish had integrated into the American economy, their reputations are still with them.

What are your first memories of the parade?

Bernie: My first memories of the parade are the involvement with Nancy Duffy from Channel 9. She was the motivator of it and I have always given her credit for sticking to her idea. And she was able to pull it off beautifully before her untimely death. 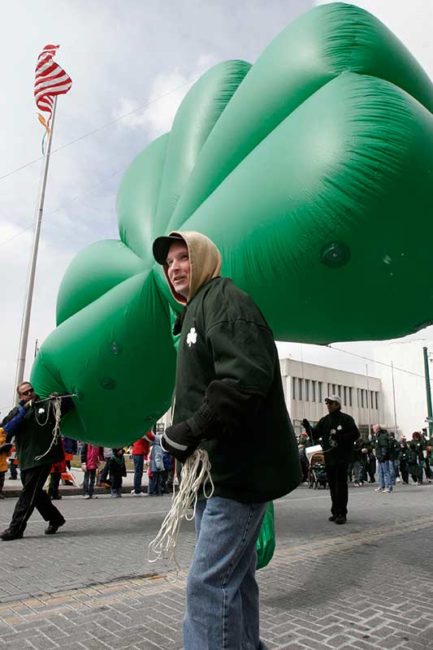 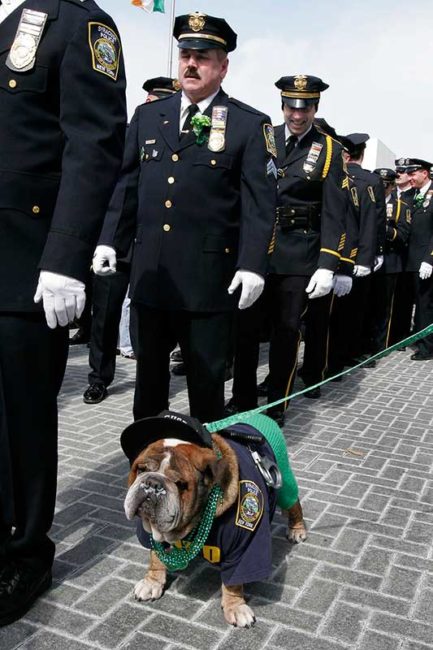 Why do we celebrate St. Patrick? He has a day and a parade. Why him?

Bernie: St. Patrick has long been known as the patron saint of Ireland, and church activity and faith-based activities have always been paramount among the Irish.

Joanie: And I would say, Dad, Walt was asking why do we celebrate St. Patrick. There are a lot of saints but, as you were saying, St. Patrick was the person really credited with bringing Christianity to Ireland. Is that right, Dad?

Bernie: Yes, that is right! He has long been associated with Christianity in Ireland.

Why do the Irish still stay on Tipperary Hill when many other ethnic neighborhoods have moved on?

Joanie: I would say part of it has to do with the fact that Tipperary Hill is a fun place to live and young people make their way there. Some of the Irish that have lived there really put their stamp on it, with a lot of the businesses having Irish names and the traffic light having the green on top, along with the Stone Throwers Monument and the Celtic crosses.

Bernie: Well, I think a lot of Irish have moved out to Westvale as they have joined the American rush to the suburbs, and I just think that is a natural evolution of society.

Joanie: Yeah! People that are on Tipperary Hill may be becoming Irish while they are living there in their 20s, right, Dad?

The stereotyped association of the Irish with the police: Where does that come from?

Joanie: When the Irish came in large numbers, particularly during the famine, they did not have the resources to buy land and they settled in cities like New York City, Philadelphia and Boston. There were such numbers of people in small areas that they got an outsized political influence. And that really started them to get into local government and, by extension, to local police departments, and that is something that continues to this day. But it was really borne out of necessity because so many Irish were originally packed in the shantytowns in the big cities.

Bernie: But there is also an Irish influence in recent history. I look at the sheriff’s department and we see (Patrick) “Packy” Corbett and John Dillon and Kevin Walsh; those people were elected as effective communicators but they represented also some of the best of Irish-Americans. 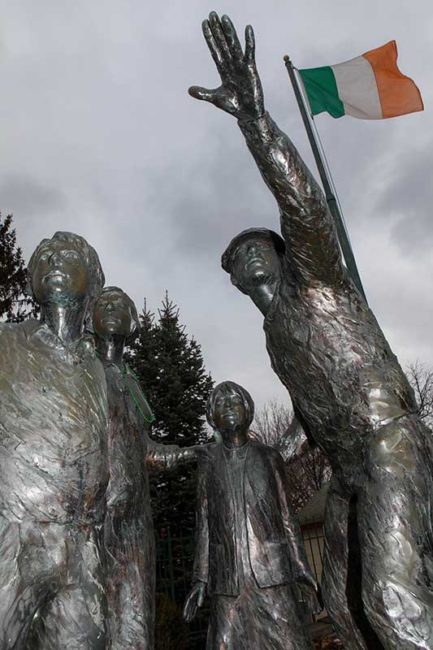 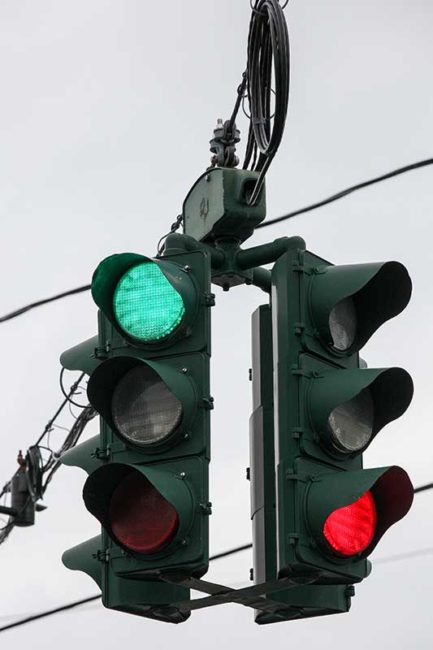 What about the local historical Irish communities?

Joanie: Well, we touched on Tipperary Hill, which is probably the best known. But I know, Dad, that you were involved over the years with the Ancient Order of Hibernians, a group that did community service.

Joanie: Also I still see the Tom Dooley Choraliers at events like the Veterans’ Day ceremony. I know that they come to weddings and celebrations and sing a lot of the old Irish music. So a lot of those influences are still very much alive and well today in Syracuse.

What is the Erie Canal’s significance to the Irish?

Joanie: I read somewhere that they might not have been the only ethnic group that dug the canal. But it’s fair to call them the backbone of the Erie Canal.

Bernie: I think that is true, too!

Joanie: I know that is a point of pride for a lot of people in the Irish community in New York that we had such a significant part of the building of the Erie Canal.

Bernie: Yeah, and I have also read that the Erie Canal was responsible for the vast influence that New York City has had commercially over the decades since the canal’s opening in 1925.

Joanie: Yep, and New York City became one of the major cities in the world as a result of that canal connection to the Great Lakes.

Bernie: Because the country and the population were growing and we needed to reach the inner part of the continent.

Joanie: So that is a point of pride for the Irish.