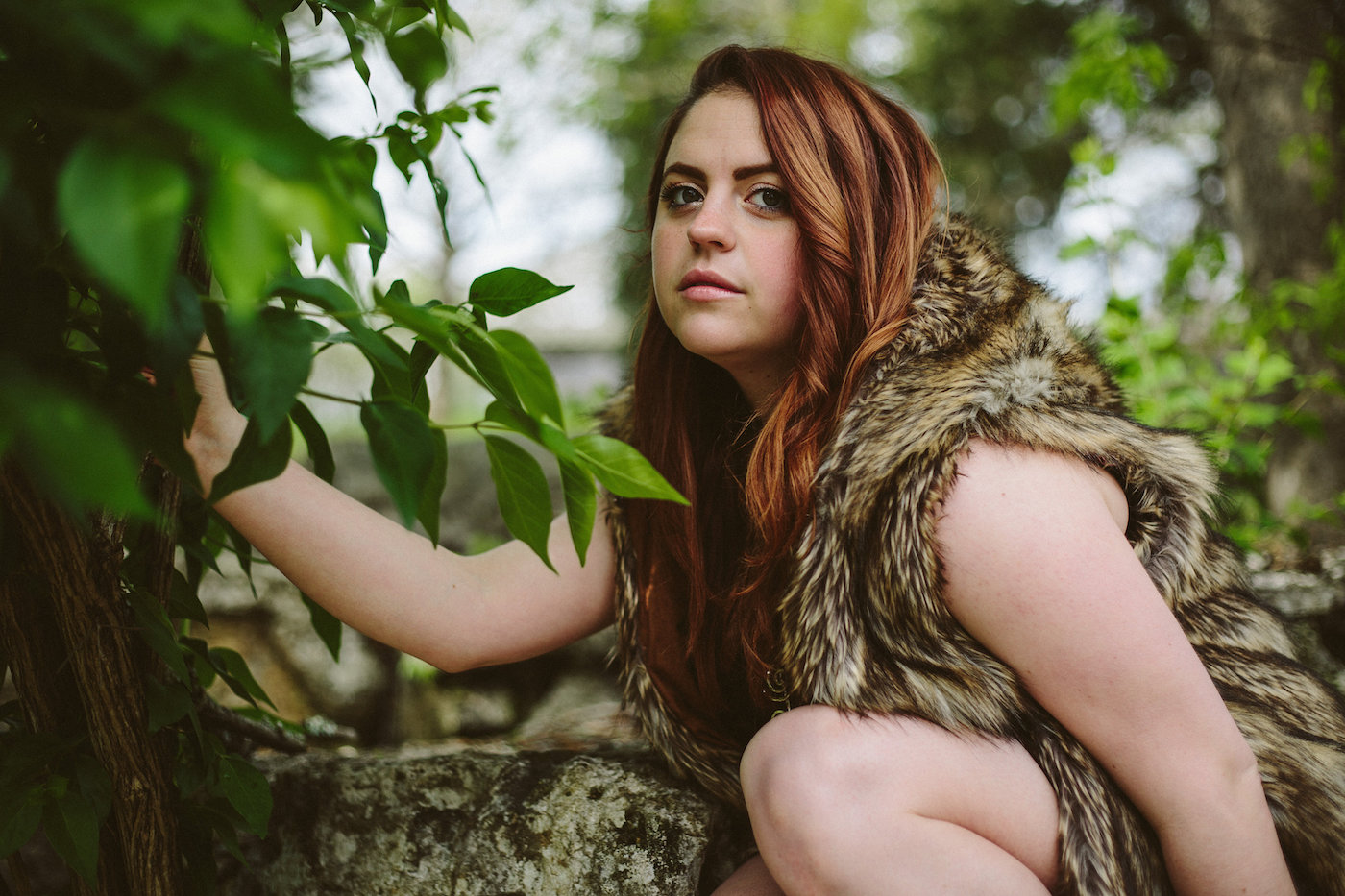 Syracuse-born singer-songwriter Melanie Dewey, known as MELD these days, made the jump to Nashville in 2014 and hasn’t looked back. The Jan. 27 release of her EP H.U.R.T. marked Dewey’s next career step; it’s an album she calls “cinematic R&B” regarding its unusual mix of soul and electronica.

“The overarching theme is healing,” she says about her album’s message. “H.U.R.T. stands for ‘healing under rising truth.’ On the cover I have a flower over my one eye and the other eye is crying. The makeup artist did tears around my neck and back up to the flower, so I’m watering myself. The theme is that from pain can arise great beauty and growth. We might not know it at the time, but healing ourselves through that moment, it happens. I think the songs speak to that truth as well.”

Dewey’s songs propose an interesting juxtaposition. They’re undeniably pop with heavy synths, modern effects and expert production. But the subject matter isn’t just bubble gum. It’s actually condemning fluff, to ripping the soul from the art or disregarding the poet in the corner. Here’s a sample:

“’Cause what happened to lyrics/ that taught us that love wasn’t solely possessive?/ What happened to being progressive/ writing out truth for the human collective?/ Since when is it about what we collected/ quarter to quarter what we writes an investment/ But art lives and breathes through expression/ maybe that’s why the radio’s dying/ ’Cause if you put a science behind it/ All that you’re left with is cold calculation/ Lines that are stolen/ Cliches about minds that are scattered/ And hearts that are broken/ Where is the poet?/ He’s playing for free/ at the cafe but would you even go in?/ Are you scared of his thoughts?/ Scared to be taught something more than you already know?”

Dewey started on piano as a child, studied opera and was even offered a full ride to college. But instead of riding the opera wave, she chose to attend University of Miami, where she studied songwriting and music industry.

“Miami had jazz and other contemporary programs,” she says. “Something in my gut told me to go there. I wouldn’t be the songwriter I am today having not gone there. I’m very grateful.”

Dewey worked with Rey Sanchez, director of the Bruce Hornsby Creative American Music Program, as well as a professional guitarist and musical director for Latin superstar Chayanne. “He heard me do a few songs when I auditioned and told me to go back and keep writing,” she says. “He let me in when my writing improved. I had to show my chops.”

The program had students experiment with writing musical styles through the decades, trying out each in order to help students find their own voice. “Any week I would write a song in the style of Etta James or Joni Mitchell or the Grateful Dead or Guns N’ Roses. You got to experiment with all the different forms. It might seem confusing, but it just helped you find your sound.”

Dewey graduated in 2014 and moved back to Syracuse to recharge. The adjustment from college to the real world was difficult, however.

“I have anxiety, but it was pretty bad after I graduated,” she says. “All of a sudden, I had to make music my career. It wasn’t just for fun or assignments anymore. It was something they didn’t, or couldn’t, really prepare us for.”

But Dewey took the time in Syracuse to focus on writing and finding her sound. Although she had done country music in the past, she didn’t like the way the industry was going commercially. So she relocated to Nashville in September 2014, a move she doesn’t regret for an instant.

“Moving was really empowering,” she says. “I faced a lot of my fears. I got up and did it. Staying in Syracuse was staying in a comfort zone. I had this moment, sitting in my new room, where I was feeling super Zen and just thinking, ‘I’m a bad ass. I did this.’ I beat anxiety without any medication. The only way to get past our fears is to just face them. It’s been unfolding since then.”

Dewey gravitated toward a more soulful rhythm’n’blues sound that is fully explored on H.U.R.T. Although mostly headed by Dewey on songwriting, keys and vocals and her producer Matt Harris, who also played drums, the EP features nine other players that bring all kinds of sounds to the table. The arrangements highlight everyone, especially sax from Paul Violante and the horn section on “Leaving You Out” (Josh Blaylock, Jovan Quallo and Kevin Griffin). The songs walk a fine line between comfortingly familiar and completely new and different, a true challenge for a songwriter to accomplish.

Dewey has toured to promote her disc and plans to take it to the Salt City in late spring or early summer. “I love being home and playing in Syracuse,” she says. “There’s nothing like playing for people who love you unconditionally.”