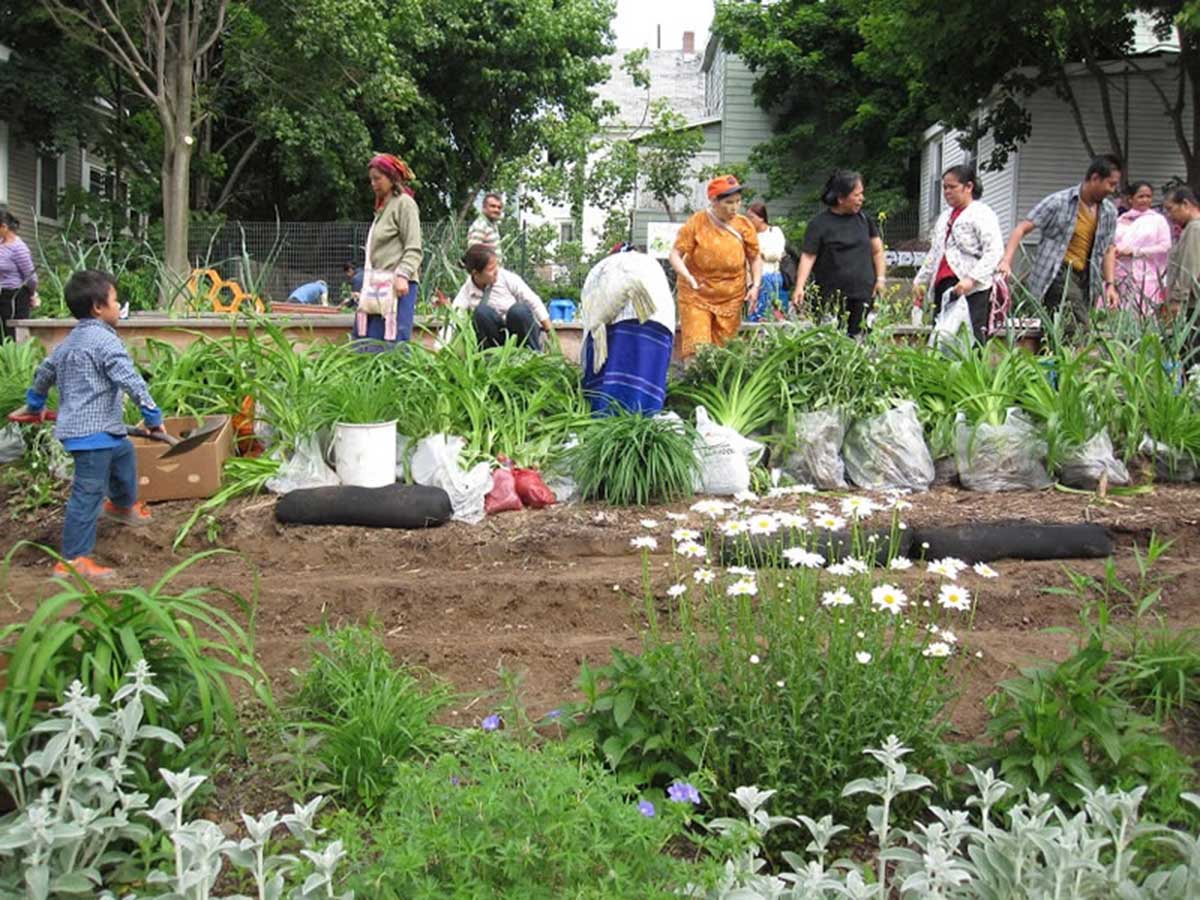 Syracuse Grows, a grassroots nonprofit founded in 2008, acts as a coalition connecting more than 20 urban community gardens in the city.

Spring has sprung in Syracuse, meaning it’s almost time for busting out bulbs and bouquets of blooms. But in a cityscape, it can be hard to find ample greenspace to become one with Mother Nature. The Syracuse Grows organization works to not only help area green thumbs find places to get their hands dirty, but to also connect and uplift the ample, little-known urban gardens throughout the city.

Syracuse Grows, a grassroots nonprofit founded in 2008, acts as a coalition connecting more than 20 urban community gardens in the city. The goal is to bring them together and help provide the things they need to succeed and produce food, said Syracuse Grows director Sarah Brown.

Urban gardens, also known as urban farms, are plots of land in and around a metropolitan area; they are used to produce crops or, in some cases, raise livestock. Unlike traditional rural farming, urban gardens are more closely intertwined with a city’s economy and ecosystem due to their proximity.

Urban farming was predominantly developed to combat rapidly growing urbanization, which led to problems with urban poverty and food scarcity, according to the RUFA Foundation, a global partnership on sustainable urban agriculture and food systems. Tending an urban garden also has several social impacts, Brown said.

“Community building is really the key to our organization,” she said. “A lot of times people will contact us and say they want to get involved, but they don’t have gardening experience. I always tell people that we’re really a community-building organization first and a gardening organization second.”

Brown moved to Central New York from Detroit in 2010. She had volunteered weekly at an urban farm in the Motor City and was looking to continue working toward food justice. That’s when she discovered Syracuse Grows and learned more about their programming; she eventually became its director in 2013. Each Syracuse garden is run independently of the others and Syracuse Grows. Not only does this create a unique experience at each location, it also gives area residents options and variety when deciding which ones to participate in, Brown said.

At the Jubilee Homes Southwest Community Learning Farm, at the intersection of Bellevue and Midland avenues, the garden is split in half for “commercial” and “community” use. The crops grown on the commercial side are sold at the Downtown Farmers Market and to area restaurants, while the community side allows residents to tend their own plots.

Meanwhile, at the urban garden at 341 Midland Ave., near the Greater Syracuse Land Bank, produce is planted, tended and harvested by a small group of residents who share the spoils with one another.

“All the gardens have different setups and different communities,” Brown said. “I think that really makes us unique compared to other similar gardening networks.”

The community gardens and Syracuse Grows are entirely run by volunteers, including the board of directors. Being the overarching advocacy organization, Syracuse Grows provides each garden with resources to help get the best results. That can look like anything from hosting expert lectures to helping gather volunteers, Brown said.

“It’s been really great over the past several years to see the evolution of the gardens and to see how they’ve grown,” Brown said. “And not just in the literal sense, but to see the different programming and workshops that have developed, or little free libraries that have been put in. It’s just really amazing how a lot of them have become these community spaces for the gardeners and people in the Syracuse area.”

Syracuse Grows’ biggest event is the Resource Drive on Saturday, April 27. Described as a “one-day volunteer blitz,” it’s an all-hands-on-deck affair to get the Syracuse gardens ready for springtime. Syracuse Grows organizes delivery of fresh compost to the gardens, while volunteers may help with such tasks as clearing out fall and winter debris, rebuilding raised beds and starting the planting.