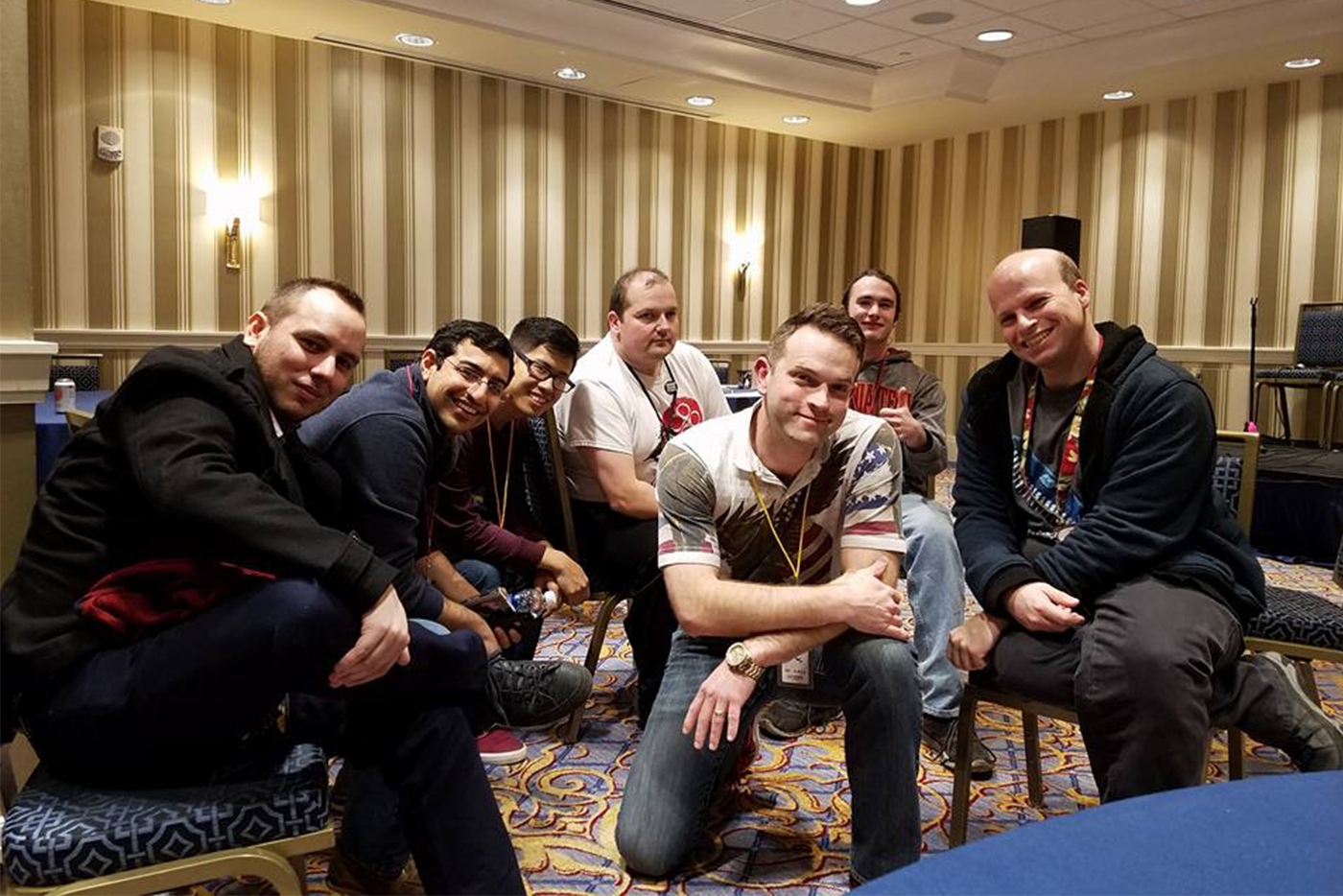 American Pixels is more than another local album by another local artist. In fact, it’s probably one of the most unusual projects to come from the scene in years.

It’s not just that the album mixes layers of electronic music with all types of live instruments, with musicians performing scores written by creator Christopher Getman, aka Mazedude. It’s an album that took five years to create. And it’s a tribute to American video game music composers.

Just from the album’s opening track, “Dragonborn Concerto (From ‘The Elder Scrolls V: Skyrim’),” it’s apparent the disc’s musical journey will be far from ordinary. Some songs are epic, thematic and complex, while others are calmer, and simpler.

“Almost every track is a different sample, different genre, different palate,” Getman says. “There are 14 different tracks and genres, but we had to make it sound cohesive.”

Getman has created an album that is a musical journey through video games and music, tapping into that childhood nostalgia. Atari video games were released when he was 4 and he’s played every system since that time. Although he obviously enjoyed the games themselves, he recognized early on that the music was also worth noticing.

“You would hear this music for hours on repeat (as you play the game) and you wouldn’t get sick of it,” he says. “That’s how good it was. That takes talent. Even further back with lower quality sounds, it was still great.”

A subculture began forming around the music of video games during the late 1990s when electronic music gained traction. People were appreciating the music, and creating their own versions of it. Getman, a musician from elementary through high school, started losing interest in performing as a teen. Yet his love of writing and composing really blossomed, so he studied music composition in college.

“I loved learning the tools to create that music,” he says. “Sequencing and tracking.”

Getman was challenged by a friend to try remixing familiar themes rather than create original music. “I thought, ‘I’m a composer. I compose my own,’” he recalls. “But he was convincing, so I started arranging and playing with it. I really enjoyed having a jumping-off point. I just got to play with a genre without having to think so much about melody or chord progressions. Then I thought, ‘I wonder if anyone else does this.’”

When he started uploading his remixes, people responded favorably. “I jumped in with both feet,” Getman says, as he started putting out more material.

Getman also thought he could apply his talents to film compositions in Los Angeles, but he grew tired of that format. “Directors would plug in an existing music theme, then say, ‘Write something that sounds just like this, but is different,’” he says. “The love of the art fell out of it.”

So he left Los Angeles but kept up with his composing hobby; he eventually developed a collection spanning more than eight hours of game remixes. Including Getman’s originals, he has created more than 14 hours of material. He composed original works, remixed familiar themes and in 2005 released The American Album online. But this latest album is different.

“It was a bucket list thing,” he says. “I wanted to make a physical CD I could hold in my hand. It was motivation to step up my game. I’ve been doing this as a hobby for a long time, but haven’t invested money in new keyboards or systems. I’ve done it for fun. This is put out there for real. I wanted to make the best music I’ve ever made.”

He knew it would take extra funds to bring his project to the next level, so Getman launched a Kickstarter campaign on July 4. He raised $6,500 in a month.

“I’ve been doing this for free for years,” he says. “I think that helped. To ask for funding once while people have been enjoying my music for more than 10 years for free, paying seemed fair.”

People responded with enthusiasm, with two donors even hiring Getman to commission new pieces for them for $500 each as part of the reward tiers offered through the donation system. The money helped Getman hire musicians, mix and master the album at SubCat Studios.

The result is an album that pays homage to familiar and lesser-known video game themes, because Getman went straight to the sources. He chose to focus on American composers whose games and names hadn’t been given much attention over the years.

“I reached out to every composer,” he says. “I said, ‘I’m doing a tribute to you on this project, so what do you want to hear?’ I was honoring them, so I wanted them to pick the compositions that made them most proud.”

On the website mazedude.bandcamp.com/album/american-pixels, listeners can read the backstory behind every track and dig deeper into the music. They can learn about Getman deciding to scrap synth for real piano a week before “Dragonborn Concerto” was supposed to be mixed or how all the voice actors on “Maniac Muzak” (from “Maniac Mansion”) were Kickstarter supporters who pledged to the campaign.

The disc features nine guest performers, including several from Syracuse, and takes listeners through worlds of electronic beats, “ambient aquatic jazz,” “industrial Muzak” and everything in between. It’s a journey through video game music and so much more.