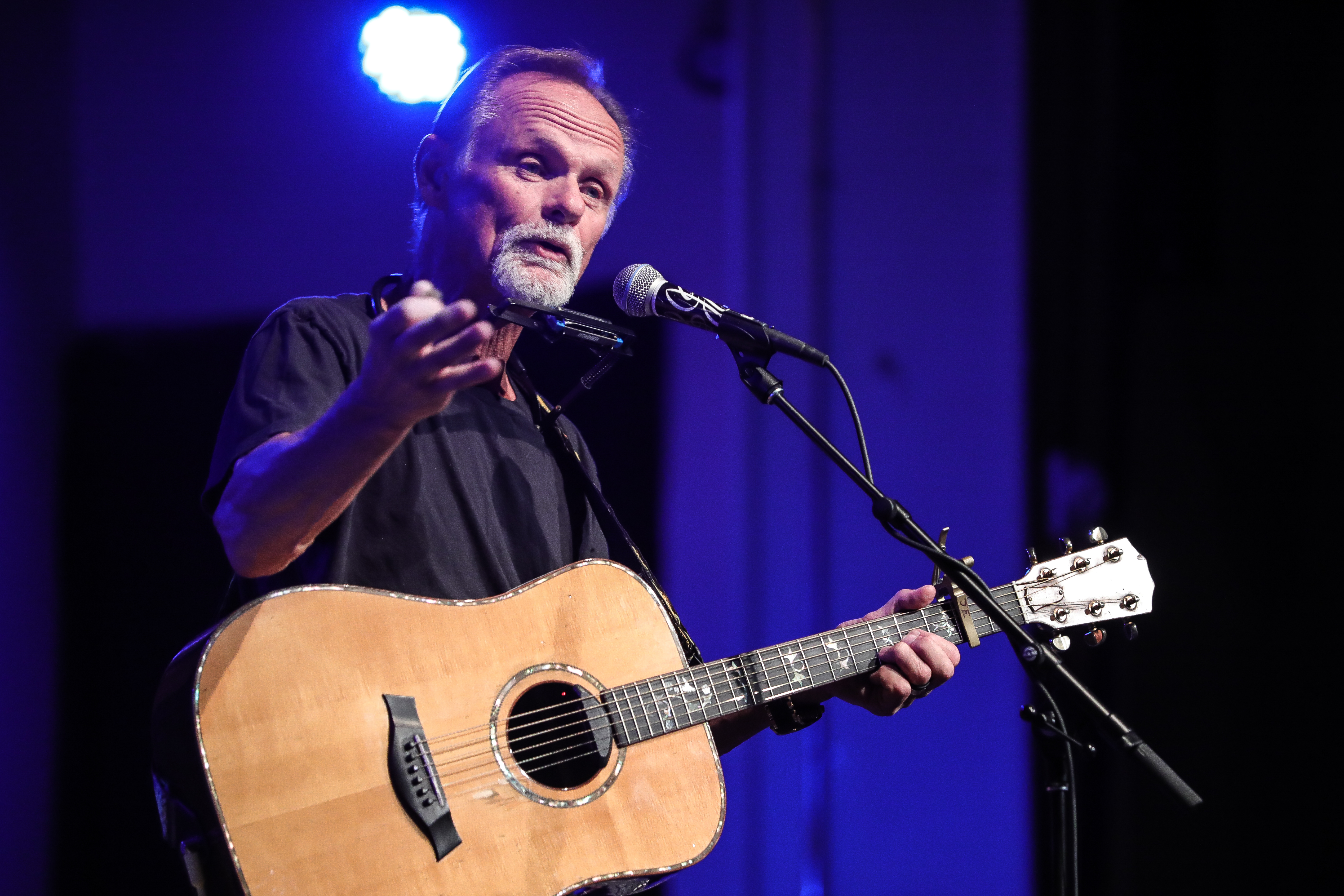 Jonathan Edwards sits down for a Q&A with SNT about his career’s origins, what he’s grateful for in music and that ever-famous hit, “Sunshine.”

While “Sunshine” went on to reach No. 4 on the Billboard Hot 100 chart, sell more than 1 million copies and receive a gold disc from the Recording Industry Association of America in 1972, the longevity of Edwards’ career has proven he’s more than a one-hit wonder. Having released more than 15 albums over nearly five decades, he’s currently working on his autobiography and planning to release a DVD of a live show celebrating his career.

Edwards took a few minutes to talk to the Syracuse New Times about what keeps him writing, the importance of folk music and his love of family.

What initially drew you to music?

I was a behavioral problem in my early grade school career. I ended up in military school and the kid next door had a guitar. I had never seen one up close and was 14 or 15 years old. I picked it up and really, the clouds parted, angels sang and suddenly I understood something. Somehow I figured out that it meant something to make that noise and feel that accomplishment. It was a sense of being proactive in my life. Until then I had been reactive. It was nice, a moment of clarity.

What kind of music was shaping you at the time?

Woody Guthrie, Bob Dylan, Peter, Paul and Mary, The Kingston Trio. It was an amazing time to be alive and be aware of acoustic music and the responsibility that folk music had.

Tell me about your first group.

I had a trio like the Kingston Trio. It’s what seemed to be popular and what people knew. It was a heck of a lot of fun.

“Sunshine” broke after you went out on your own, correct?

What was it like to have the kind of success you did so early on?

It was weird. It was wonderful. It was astonishing. To be plucked from my little nest of songwriters that I was living with, playing with and having bands with. To be plucked out of that and thrust onto the national — really the world — stage.

I felt that my job, my credo would be to not change. I loved my life at that point. I loved going out, playing music for people. Nothing’s changed since then.

But the more I stayed the same, the more my friends changed. That was a life lesson. It was miraculous to suddenly go from guerilla-marketing myself in frat houses and student union buildings to opening shows and then headlining them.

How did your friends change?

They seemed to have an attitude. I suppose that sprang from jealousy or envy. I felt distance come up between me and my soul brothers. It was troublesome. But we all kissed and made up years later.

When you wrote “Sunshine” did you ever expect it to rise like it did? Was that a goal?

I gave up having goals for songs way before that. The purpose of writing a song is to successfully portray your thoughts, emotions, love, whatever’s troubling you or making you happy. If you can do that, engage people in that conversation, that’s the goal.

It’s like children: You do your best to educate them, make them the best they can be, but they grow to an age where they are literally out of your control.

What makes a song timeless?

Songwriting is about having a conversation between you and the listener. You have to make it pertinent, make it common to as many people as you can. You need to communicate the experiences you’re having in that song, the emotion or knowledge you’ve acquired, or some insight you believe is meaningful first to yourself and then to other folks who might hear it.

“Sunshine” was a meaningful song at the time due to the social climate with the Vietnam War going on and Richard Nixon in the Oval Office. What was it like to write a song that affected people on a societal level?

Gratifying. I was humbled that a little song I wrote in five minutes has had meaning for people all these 50 years. And a cool thing about this song: It’s starting to dawn on people that it’s a pretty angry little war protest song.

I think a lot of the disc jockeys that played it at the time didn’t realize it or I’m guessing the corporate entities might not have played it had they been fully aware. In that context, it’s great that it snuck in under the radar. I was a frustrated person singing a song about war and not being in control of the people who make these decisions.

Do you feel singer-songwriters are responsible for talking about social issues in their music?

I think it’s our responsibility as folk singer-songwriters to break away from the corporate norms or the beaten path of commercial music. Many people find it pretty vapid, pretty shallow. Some of these songs that make it to the top of the charts — country, pop, hip-hop — there are four or five writers on them. It’s a team effort. That’s just odd to me. And so I don’t know where social commentary comes in.

What keeps you going in music?

When people pour out to me after a show about what my music means to them, I’m so grateful for that opportunity. Just a little song can have such an effect! This song or that record meant so much to them at certain points. That keeps me from hanging up my guitar strap and pursuing my other interests. That’s a major motivating factor for me.

The monetization of what we do now (as musicians) has disappeared. We’re left to go out on the road. I’m really fortunate that I have that fan base that I can go out and talk to, and sing to, and entertain and have fun. So my overriding emotion is gratitude.

Tell me about your 2015 album
Tomorrow’s Child.

I was adopted at 9 months old. That photo (the cover art) was found days before I had to turn in the album art. A relative found that picture of the day I was adopted. I had siblings, a life I wasn’t even cognizant of and finally met all of those people when I was 40. I had tried for years to find my roots. I’m going to Minnesota in a few weeks to celebrate my mom’s 99th birthday and I have three daughters. It’s about all of that, adoption and reunion, more importantly.

You have some special guests on the album, too.

Yes, the album fell together so organically. Jon Vezner wrote “Johnny’s Come Home” with me. Vince Gill sang some harmonies. Jerry Douglas is on dobro. And the crowning touch, Alison Krauss, put her angelic touch on it. They’re all people I’ve known that I kept calling and they kept saying yes.

Engage a really good, expensive law firm. No, no, I’m kidding. I discovered a couple of truths. The leading one is to work on your personal relationships. Understand that it’s a very rare person that can do any work from a closet. Learn how to be with people. Engage: That’s such an important word. Become of value to other people. Discover for yourself how to be in a relationship, with one person or a family or an audience.

We think we can sit in a room somewhere and be discovered, but that’s not the way it works. It’s who you know and how you know them. It’s how you get along with people. That’s a huge gift and task that people should be involved in, just as much as learning an instrument or craft.

On Friday, May 18, 8 p.m., Edwards will visit Ithaca’s Hangar Theatre, 801 Taughannock Blvd., for an intimate show, performing with pianist Thomas Snow. Tickets are $30 and $35. For more information, visit hangartheatre.org.