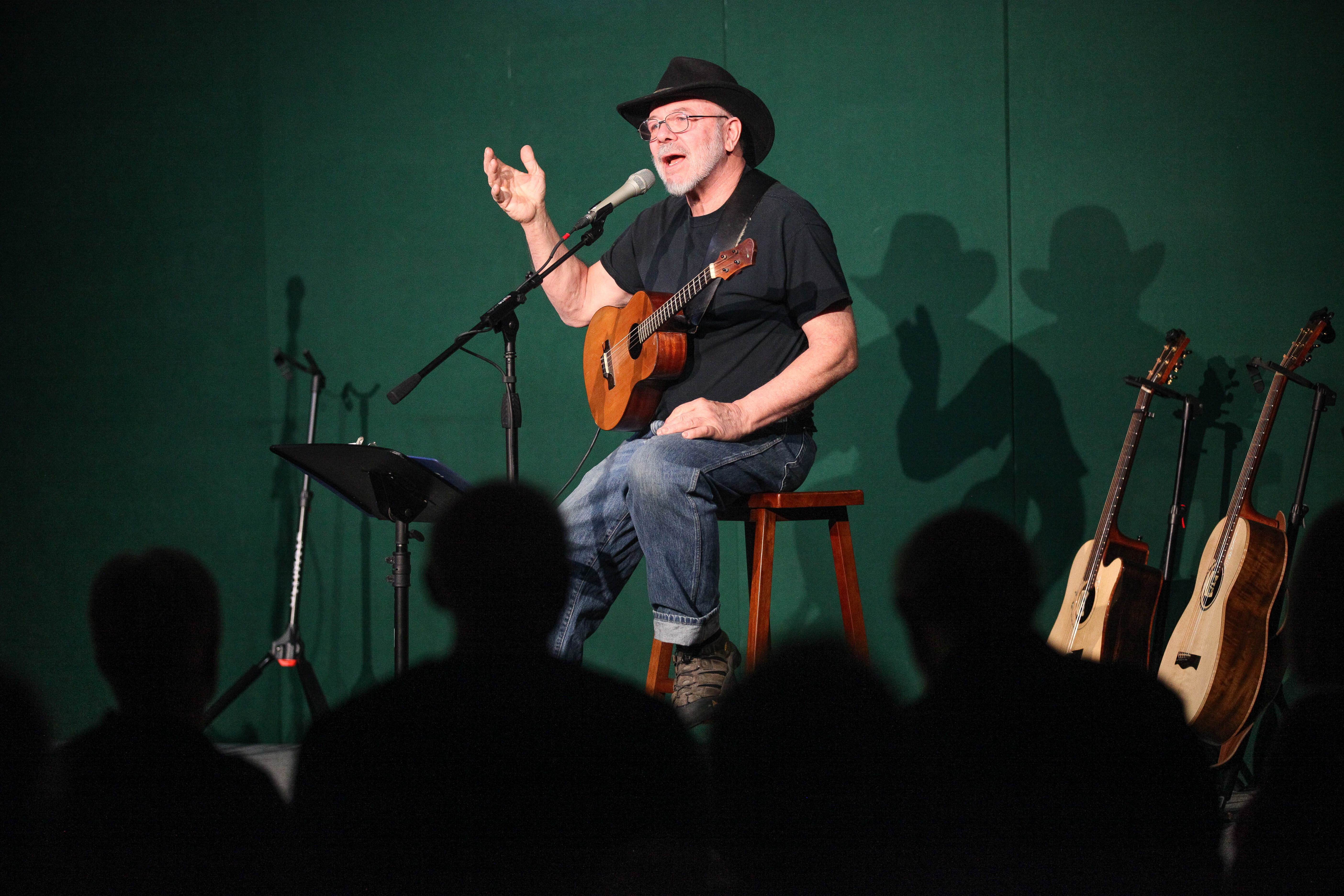 The Oswego Music Hall has been bringing local and national acts in the folk and acoustic veins to Central New York music fans since 1977. Although the operation has moved among buildings and changed names, the commitment to the cause has remained the same. The organization is currently celebrating its 40th anniversary season through May with a roster of musical talent taking the stage.

“It’s taken the commitment of the volunteers and the community,” says artistic director Ellen Jeanne Wahl about the venue’s successful history. “It’s the volunteers, but also the people who came to the shows, too.”

Wahl began attending shows at the hall 38 years ago when her daughter Loren was 4 months old. The hall then inhabited the Lowlife Café, next to where the Old City Hall restaurant currently resides on Water Street in Oswego. It offered a place to bring her children and enjoy events as a family. Her husband, Mark, also enjoyed the artistic community, but as a musician and songwriter who also makes and repairs guitars. 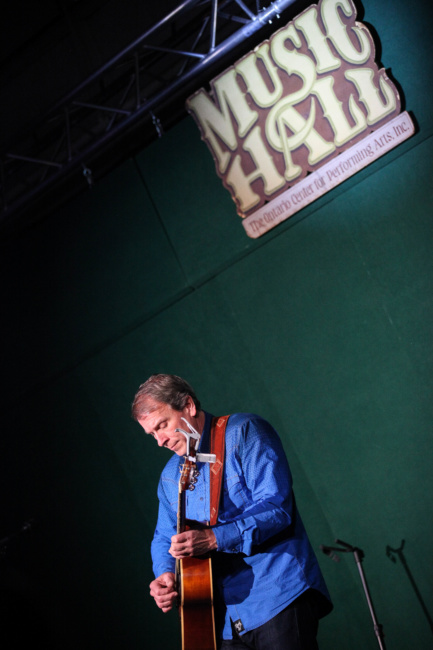 “We’d attend, we’d enjoy the shows, be part of the community,” recalls Oswego Music Hall president Mark Wahl. “A lot of our friends would go. When that kind of thing happens, then you wind up helping set up. Then you wind up helping search for talent. Once you get started, then you’re a board member. Once you’re on the board, you get invested in what you think is best. Before you know it, you own the damn thing!”

The Wahls have grown increasingly attached to the organization, with both holding several additional office positions including vice president, secretary and treasurer. Yet the pair are also proud of the growth of the hall, which they call “growing young.”

“We needed to renew ourselves and bring in new blood,” he says. “Kids are stomping around shows again. Not a bad thing.”

The venue has more than doubled the number of shows each season, from 17 per year to 40. The Wahls have also initiated an open mike night on alternate Fridays and a songwriter series called “The Hook” designed to showcase singer-songwriters from local and national talent pools.

“In trying to get new faces, new 20-somethings, open mike sessions have helped bring that community back,” he says. “There are musicians and songwriters out there and they’re compelled to come when you offer them something. That’s part of our new energy.”

Volunteers keep thinking of new ways to attract young blood, which is part of the reason Ellen Wahl will soon step down as artistic director. “We need to speak to the next generation,” she says.

The Oswego Music Hall is also more than a building. The formal name is the Ontario Center for Performing Arts, a 501(c)3 organization with a 17-member board of directors. The hall is currently housed at the McCrobie Civic Center, 41 Lake St., overlooking Lake Ontario.

The venue is known for its superb sound, thanks to engineers from SubCat Studios (T.J. James and Jeremy Johnston) and donations of equipment from the Richard Shineman Foundation and the New York State Council for the Arts.

“The sound is terrific and the lighting is dramatic,” Mark Wahl says.

“And we offer a listening room environment,” adds Ellen Wahl. “To be a musician or performing artist and to play your music or tell your stories to people who actually listen, it’s got to be great. It’s unique and it’s been an education for me. I’ve learned more about our performers; my heart goes out to them. It’s inspired my own energy to keep it that way and feed the creative talent in our midst. There’s so much talent right around us.”

But that only happens as a result of the 19,000 volunteer hours that go into keeping the doors open each season. “It takes a lot of work,” Mark Wahl says. “That’s kept us going, but it’s also something different. Music is a very, very powerful element. It cuts across all cultures and interests. There’s always going to be a common note. I think the better job we do putting on shows, the better technically, better sound, better diversity among us on stage. It’s a powerful force and that compels people to get up and perform.”