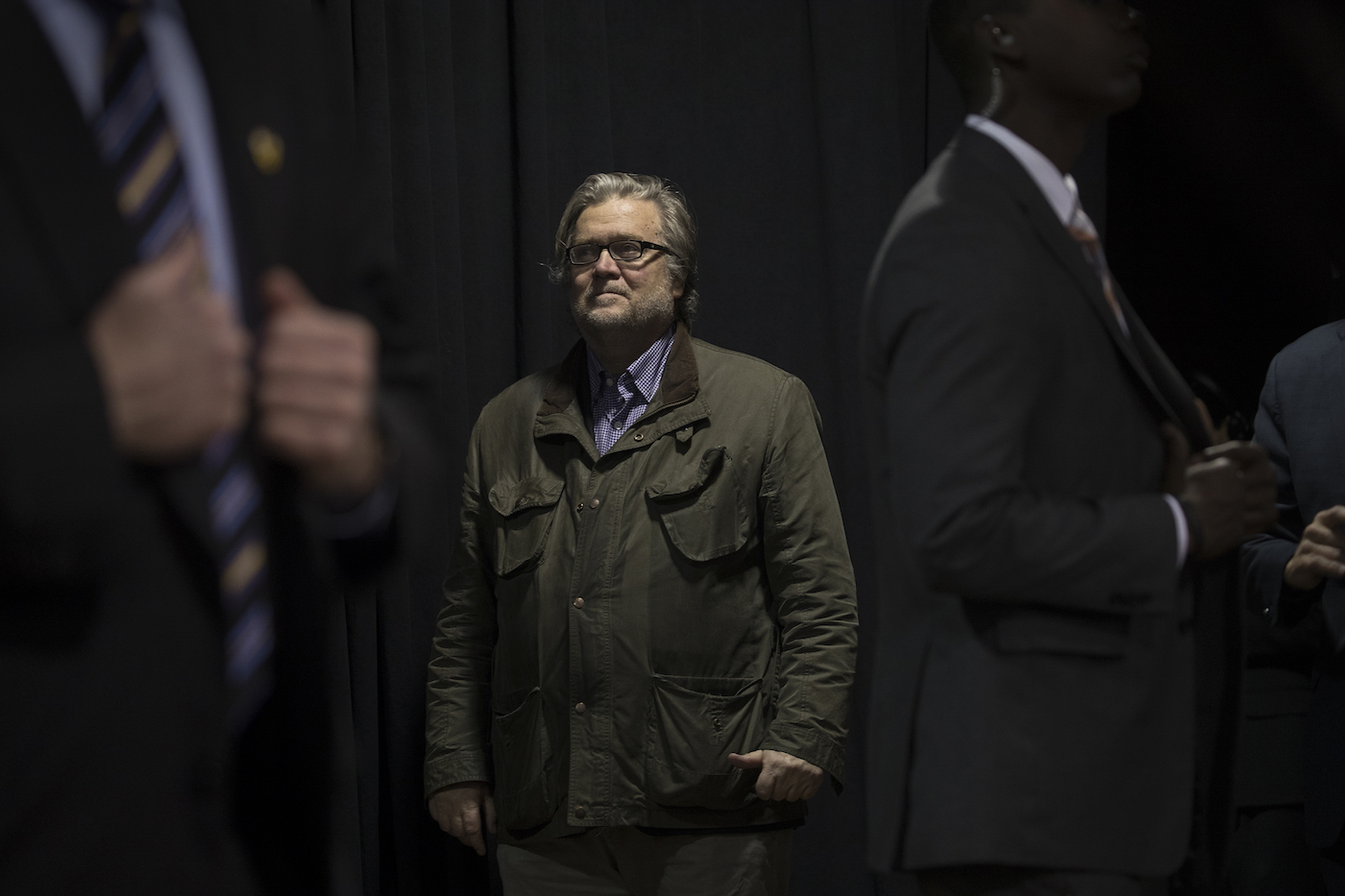 It’s not the job of the American press to make Trump look good.

For being the former media executive chair of Breitbart News, Steve Bannon doesn’t seem to know much about the media.

The White House strategist unleashed a scathing, ludicrous and outright terrifying critique of the media on Thursday, saying news organizations need to “keep its mouth shut,” “should be embarrassed and humiliated” and repeatedly referred to them as “the opposition party.”

This may very well be the only time I agree with this man.

Yes, Mr. Bannon, the media is the opposition party. If you are in the White House, we are the government watchdogs. If you are in power, we are the fourth estate that provides a check on that power. We are, for all intents and purposes, the very guardians of democracy.

Someone needs to tell you and your new boss that he is not on The Apprentice anymore. He’s no longer the star, and this is a different kind of show. Our job is not to make him look good just because he’s the man in the chair with the cameras on him. While he has a government to run and a country of 300 million people to protect, he and his staff have been more occupied with addressing the news organizations that used pictures of him with a double chin or, goodness gracious, how freaking large his inauguration crowd was.

What happened to all press is good press?

This is the United States. It is not illegal to criticize the current administration. Asking tough questions and demanding specific answers do not make journalists corrupt. Reporters who point out that you’re wrong when you’re wrong — with adequate evidence to support it — does not make them dishonest.

Now, let’s be clear here. No president likes the media. And the mass media have problems, problems that undoubtedly need to be seriously addressed. I personally have a long list of complaints about their operations. Yes, the mass media pundits and analysts wrongly predicted the outcome of the recent presidential election. There are a lot of reasons why people distrust the media that do, in fact, have merit. But keep our mouth shut, we will not.

We listened when our president and his press secretary have insisted that Trump’s inauguration crowd was “the largest audience to ever witness an inauguration” when it simply wasn’t. We listened when our president, three months after he was fairly elected, continues to insist that he won the popular vote and that the 3 million more votes Hillary Clinton received were illegally cast without providing any information to support such a claim. We listened this week when Trump claimed that the murder rate in Philadelphia was on the rise, even though law enforcement data shows that violent crime in the city is at its lowest level since 1979. Goodness, Mr. Trump couldn’t even tell the truth about when it rained during his inauguration.

And all of those “alternative facts” are just the ones brought up during the period Trump has been president — one week.

We’ve been talking so much lately about fake news and about those who produce and share it. Heck, we don’t even need them anymore. Our president’s press secretary already provided false information on his first day on the job — information that many Americans already knew was false. When asked by The New York Times whether the press secretary lost credibility after he gave that false information, Mr. Bannon replied with, “Are you kidding me? We think that’s a badge of honor. ‘Questioning his integrity’ — are you kidding me? The media has zero integrity, zero intelligence, and no hard work.”

Yes, that’s right. President Trump’s strategist, a man who has an office in the West Wing, believes that spewing false information to the public is worth a “badge of honor.”

And now, Texas Rep. Lamar Smith, the Republican chairman of the House Science panel, is telling the American people that it’s “better to get your news directly from the president.”

That’s called state-run media. That’s what they do in North Korea.

We don’t live in North Korea.

And while inauguration crowd sizes and when it rained are completely irrelevant in presidential legacies, we need to keep this question in mind: If the administration has put up such a fight over such meaningless things like these, what kind of a fight will be waged on things that actually involve our money, laws and national security?

That, Mr. Bannon, is why we are the opposition party.

If you and President Trump really want a “running war with the media,” you’ve got one.

Despite More Diversity, Are The Oscars Still Out of Touch?
The Truth Is in the UFO Shapes
To Top