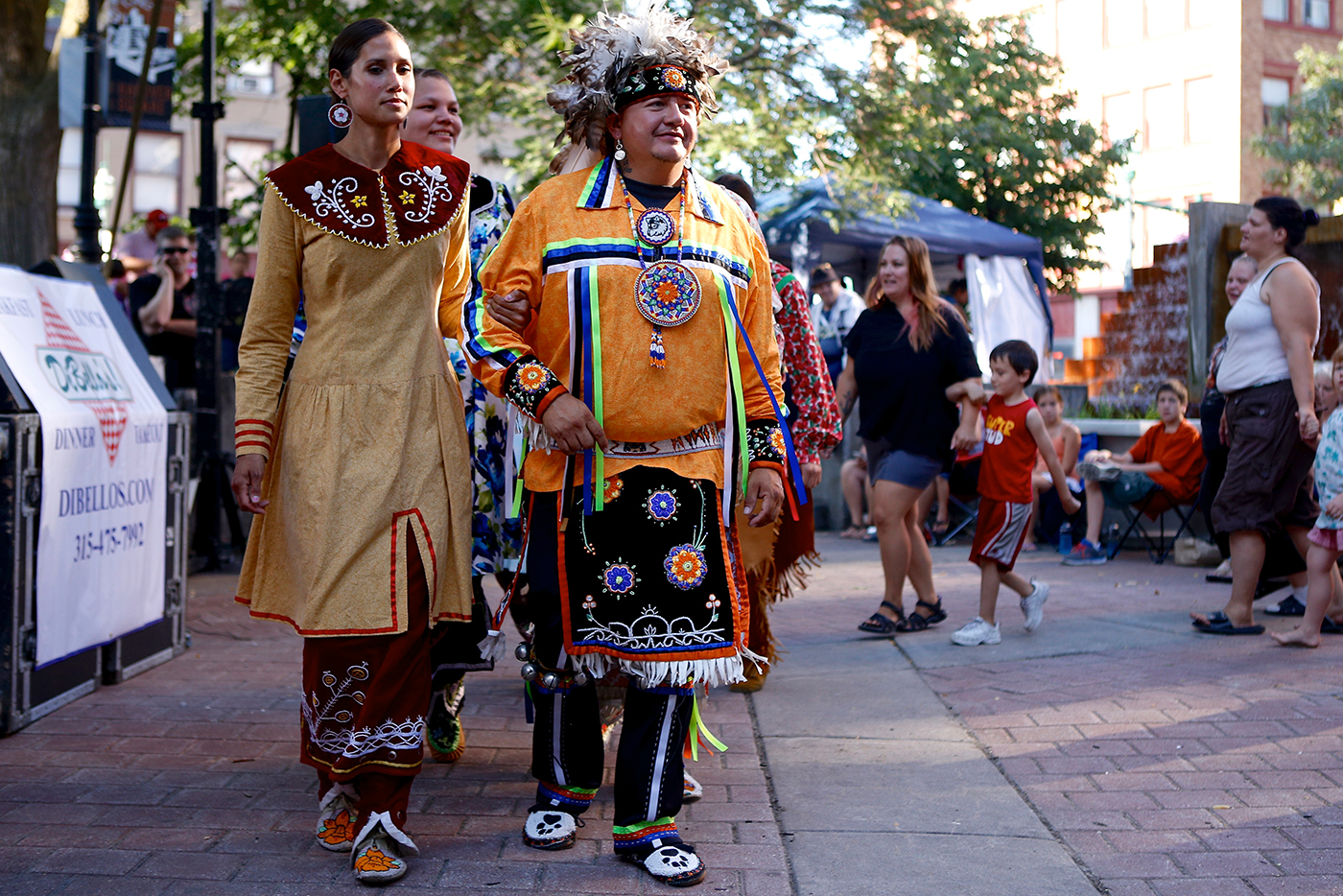 For the seventh year in a row, the Stage of Nations Blue Rain ECOFest will be held in Hanover Square, celebrating the Haudenosaunee culture and people of the six encompassed nations. This component of the Arts Week festival, which takes place Friday, July 29, and Saturday, July 30, highlights the importance of environmentally friendly practices and conservation to protect our planet.

“If it isn’t broken, don’t fix it,” Irv Lyons Jr. stated, who is an integral part of co-organizing this year’s festivities. The local musician and advocate said that maintaining the concept of the festival is important, but changing or adding to the offerings keeps the event interesting and engaging. In a separate conversation, Central New York Jazz executive director Larry Luttinger said the festival will be “even more robust this year — a footprint that is twice as big.” He’s not talking about a carbon footprint, however.

At the Sustainability Academy, a partnership between Save the Rain and Connect the Drops, there will be interactive exhibits, movies with environmental themes and a rain barrel giveaway. Luttinger said, “I do feel Central New York is setting a trend nationally for alternative power, and a lot has to be said about Onondaga County’s commitment.”

The ECOFest, held in one of the cozier nooks of downtown Syracuse, always draws attention to itself. The joyful sounds of dancers and music, the aroma of food and the animated conversations hook patrons passing through to the Northeast Jazz and Wine Fest, the Syracuse New Times and Family Times Street Painting event and the Arts and Crafts Festival. Throughout the years, the square seems to pack more people in, and the people have to almost spill out into the surrounding streets.

To complement the next-door jazz jams, the Stage of Nations features blues musicians. Lyons, whose Ripcords are headlining Saturday night. Morris Tarbell, who is Mohawk, will be returning this year with his Hepcats along with Grupo Pagan Lite, Kay & the Miracle Cure and Johnny Ray & the Stonethrowers. Lyons referred to the latter, which headlines on Friday night, as “one of the hottest group around.”

Peter Jemison, a member of the Heron Clan of the Seneca Nation and emcee of the festival, will present The Ganondagan Dancers for several performances. “It is my pleasure to return to the Stage of Nations,” Jemison said through an email. “I was the emcee for the dancers a few years back and enjoyed doing it.” He’s also bringing members of several nations to sing social tunes, referred to as “Songs of the Earth.”

The annual smoke dancing competition will take place Saturday evening. Lyons stated that there will be around 100 competitors for the event, topping last year’s count. Along with the stone carvings of Tom Huff, authentic clothing and jewelry, and a scholarship fundraiser, the Stage of Nations proves its growth.

Lyons continues to appreciate the support of the community, including the sponsors, and the positive feedback. “People are very humble. What it comes down to is neighbors getting together with neighbors.”