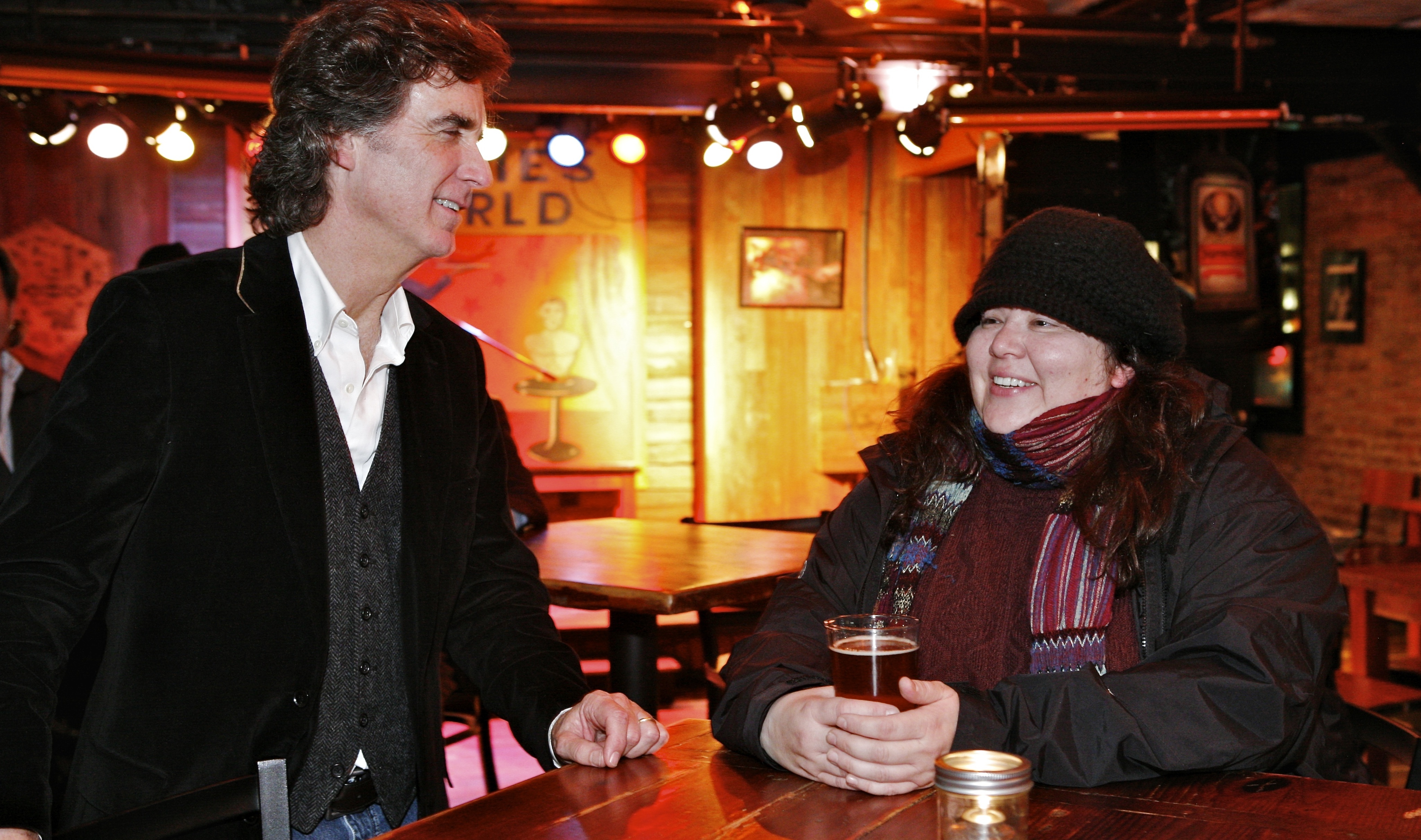 Stacey Waterman has worked with some of the very biggest names in the business, including Paul McCartney, the Rolling Stones, The Dead, The Allman Brothers, Dave Matthews, Phish and Bonnie Raitt. In addition to world-famous acts, Waterman has also been a champion for the local music scene, both in working with the DMR Booking Agency and through her own productions.

“I don’t think she’s gotten enough credit for the ways she’s enhanced the local music scene,” noted DMR founder David Rezak. “It’s much more about creating situations where local music is in a positive light. That’s right at the core of what Stacey has brought to the Syracuse music scene.

“Stacey has proven, for example, that the Palace Theatre is viable. By doing a show like Salt City Waltz (in which area musicians recreated The Band’s last performance, as captured in director Martin Scorsese’s 1978 concert film The Last Waltz), she showed us all what was possible.”

Waterman worked for Rezak at DMR for 10 years before buying the company from him in 2003. “I was looking for somebody to help with the company (in 1993) and I think I put an ad in the New Times,” Rezak recalls. “She (Waterman) came in to tell me I was crazy to talk to anyone else and that I needed to hire her. She also told me what was wrong with my booking agency: very constructive criticisms that were spot-on correct, and I knew it. We worked together really well. Stacey is a problem-solver and she knows what she’s doing. She figures out angles that aren’t apparent to others.”

Waterman currently coordinates the annual Taste of Syracuse food and music festival, and is continually called upon to help other major music events run smoothly in a variety of behind-the-scenes capacities. But she maintains a strong local connection, as well as lending her powerful presence. “I will never leave here, work somewhere else, get big-headed and be down on Syracuse,” Waterman affirms. “I like it here.”

Music was important to you early. How so?

I’m not from a musical family, but my dad was a big music fan, so I got to go to a lot of concerts. We would go see every single show that came through the area no matter what. The whole process of going to a show was long. You’d sit by the radio and wait for Dave Frisina to do the big concert announcement. You’d get excited. Then you’d wait in line on a sidewalk, overnight, for tickets! It was this big buildup. I’m so bummed that kids don’t get to experience that anymore.

Was there a moment at a show where you realized you wanted to make that your career?

I remember seeing Aerosmith in the early 1980s. I remember always looking at the guys in front of the stage or the front of the house yelling at somebody with a headset on. I thought, I don’t want to be Joe Perry, I don’t want to be the broad who gives roadies blow jobs, I wanna be THAT guy. HE looks like he knows something that I want to know. It always seemed like the cool thing and I like being in the background.

As someone who’s usually in the background, how does it feel to be recognized?

It’s nice to be recognized, I’m just not ever used to it since I’m not a musician. And I’m really not. I can carry a tune maybe when I’m drunk.

Did you ever think to leave Syracuse?

I made a choice a long time ago. I was a teen mom. I had a family. We always all worked really hard. I made the choice to stay when I decided to be a parent. I could have moved and there were offers, lots of them, but I like it here. And the (Onondaga) Nation is where I grew up. I don’t want to be too far from that ever.

Tell me about when you started working for Dave Rezak at DMR.

By the time I started working for him, my dad had passed away. My dad was a great dad, but a different kind of dad, more of a friend. But David was a family guy with two girls and a wife. They had a summer cottage, and the stuff that seemed very normal; it was nothing I’d ever thought about. David pushed me to want more and be better, achieve my goals. He was the pain-in-the-ass parent that gave me that push. Personally, it was an enlightening experience and professionally, I can’t say enough. He’s got decades of knowledge that he unselfishly shares with everybody. I’ve been so lucky.

Why did you decide to take over DMR?

He made me do it! But if I hadn’t, I probably would have been a lot more reckless. I wanted to hold up his name. It meant a whole lot to me and the music community here and I needed to uphold the standard. I did my best, but I did change a lot. I wanted to think of a better way (to run it). In the early years, I spent a lot of time making a plan and refocusing the business.

How did DMR help you in bigger ways?

From my work there, I got in with local concert promoters. I remember the first time the Dave Matthews Band came to Central New York and they came with a tractor trailer of merch. So I started with that, doing inventory control. They realized I was more detail-oriented and moved me into production, then production management. A promoter books the show and does ticketing, marketing, etc. For production, it’s my job to execute the performance end of that with the artist.

Yes. I’ve always thought that when there are hurricanes, the people to deal with it best would be production managers who have built cities in fields. They’re resourceful people.

Have you ever had any major disasters?

Not in a really long time! I’d have a good laugh now knowing it’s not my fault. You’ve got to have a thick skin. I learned a long time ago that sometimes shit just doesn’t happen right. There’s nothing you can do to make some people happy: They just want to be miserable. So they can stomp, cry and pitch a fit and I’ll still say, ‘OK. So, now what?’ The show has to go on. What will we do to move forward?

In 2012 you started Salt City Waltz at the Palace Theatre. (The event will return this year.) Tell me about what it means to you.

Out of everything I’ve done, I feel that is the feather in my cap. That is my Sammy. That is everything. That show is so special. Everyone who goes to it knows that. We’ve created this thing that 700 to 800 people just feel so good when they leave there. It’s amazing. I don’t think there’s a more feel-good time than that.

How do you feel about winning a Hall of Fame Award?

When I was first asked, I thought, ‘No, not me. I’m not ready for that.’ Jon Fishman is in the Hall of Fame because he’s a famous rock star who brought recognition to the area. The local musicians in there are the veterans who built the path to success for the Syracuse music community. But what about us who walk that path that they laid every day? We’re here working every day. It’s a weird feeling and there’s still a lot of people I want to see in there.