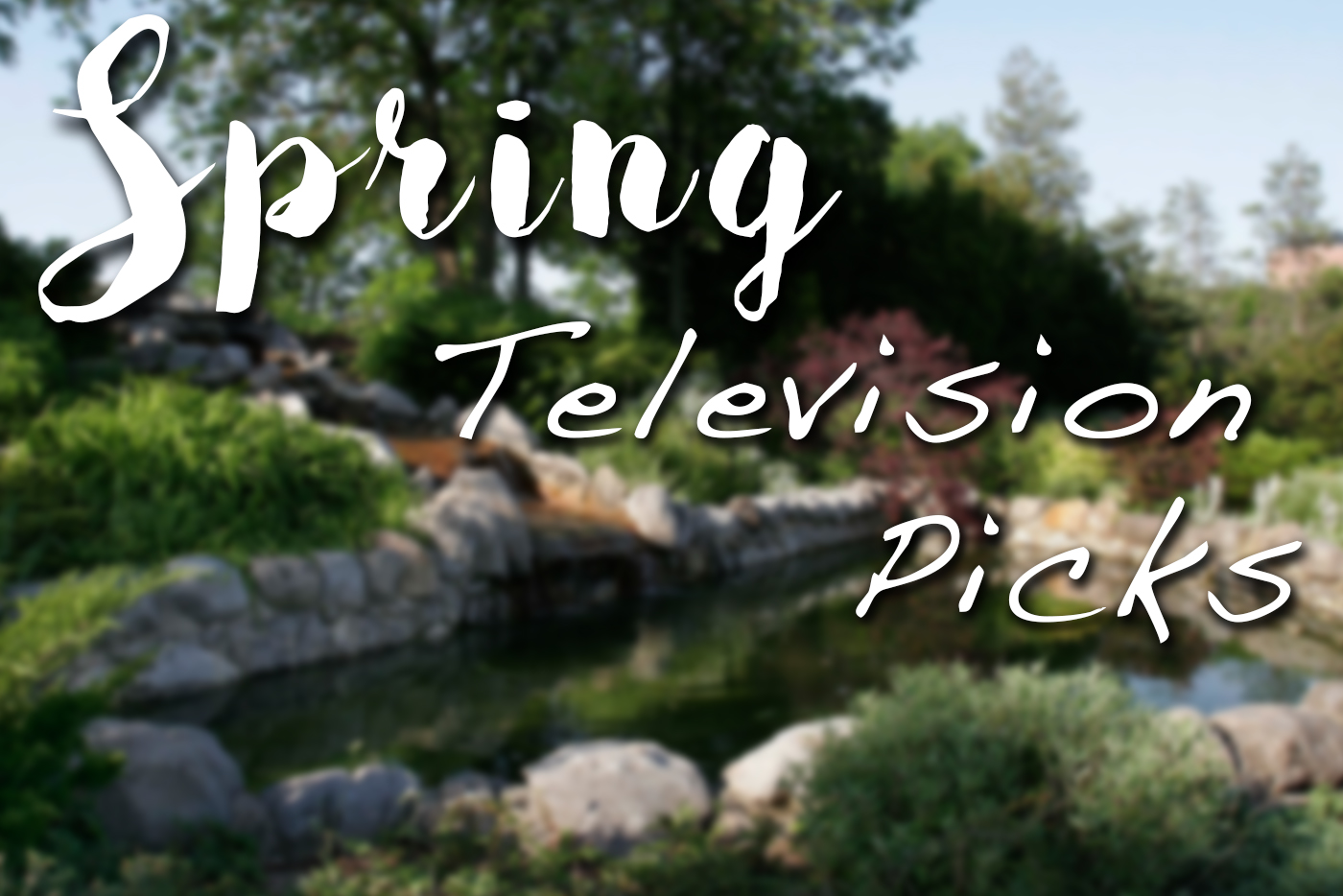 Sarah Hope breaks down her picks for shows to watch this spring.

It’s May in Central New York. The days are getting warmer and the itch to abandon the remote and frolic in the great outdoors is growing stronger. There are lilac festivals to attend, 5Ks to run, and Memorial Day barbecues to plan. But this time of year, the river of new television slows to a trickle, and it’s easier to keep up with the current. On rainy days, there may even be some time to catch up on what we missed throughout the year. For those rainy and lazy days when you need a break from all that fresh air, here are some suggestions for springtime binge watching:

Over the last couple of years, there has been a major shift in traditional late-night television. It’s one of the first things I wrote about for this blog. Since then, the Comedy Central slots formerly occupied by liberal white guys Jon Stewart and Stephen Colbert has been taken over by talented and dynamic black men, Trevor Noah and Larry Willmore, respectively. The Daily Show alum John Oliver’s Sunday night HBO series, Last Week Tonight, now in its second season, is producing brilliant long form content that, almost without fail, goes viral every Monday morning. Another Daily Show alum, Samantha Bee, launched her own series, Full Frontal, on TBS earlier this year, and has been producing segments that rival Oliver’s in both comedy and commentary. These days, both alums’ content far surpasses the quality and power of The Daily Show‘s.

Chelsea Handler’s new series on Netflix promises to further push the boundaries of what late-night TV can be and accomplish. In January, the raunchy author and comedian told Entertainment Weekly, “I’m no longer on a network that just wants you to talk about celebrities, so I don’t have to talk about celebrities.” She said in one episode that she’ll talk to students and teachers at a transgender school. In another, she’ll travel to Russia to meet with 4-year-old and 5-year-old girls training to be gymnastics champions.

New episodes of Chelsea will be available on Netflix three times per week starting May 11. Learn more in this weekend’s fascinating New York Times article about the show.

On May 27, the slithery, addicting Netflix Original Bloodline returns. When we last left the tumultuous Rayburn family, the conflict with Danny had come to a climax, throwing into question the true nature of our saintly protagonist, John (Kyle Chandler). I listed Bloodline among my favorite shows of 2015, and I can’t wait to see what further twists and turns are in store for the Rayburn clan in season 2.

A show you may have missed that you should binge immediately: UnREAL

Are you a fan of The Bachelor? Do you think The Bachelor is the worst thing to happen to television in the last decade? Either way, you’ll love UnREAL. The deliciously dark dramedy from Lifetime was the hit of last year’s summer TV slate. Its first season has recently become available on Hulu.

The series follows Rachel Goldberg (Shiri Appleby), a jaded reality show producer, as she returns to the set of Everlasting, a dating show competition where dozens of women compete for the love of one man. When the series opens, we learn that Rachel was last seen on set having a complete mental breakdown. Now, after a stint in recovery, she has returned (maybe too soon) to the only thing she knows how to do: manipulate people into making good TV. For a fans of reality TV and detractors alike, UnREAL provides smart meta-commentary about what we view as entertainment, and the affect our guilty pleasures might have on our perception of love and romance — and of ourselves as social, emotional people.