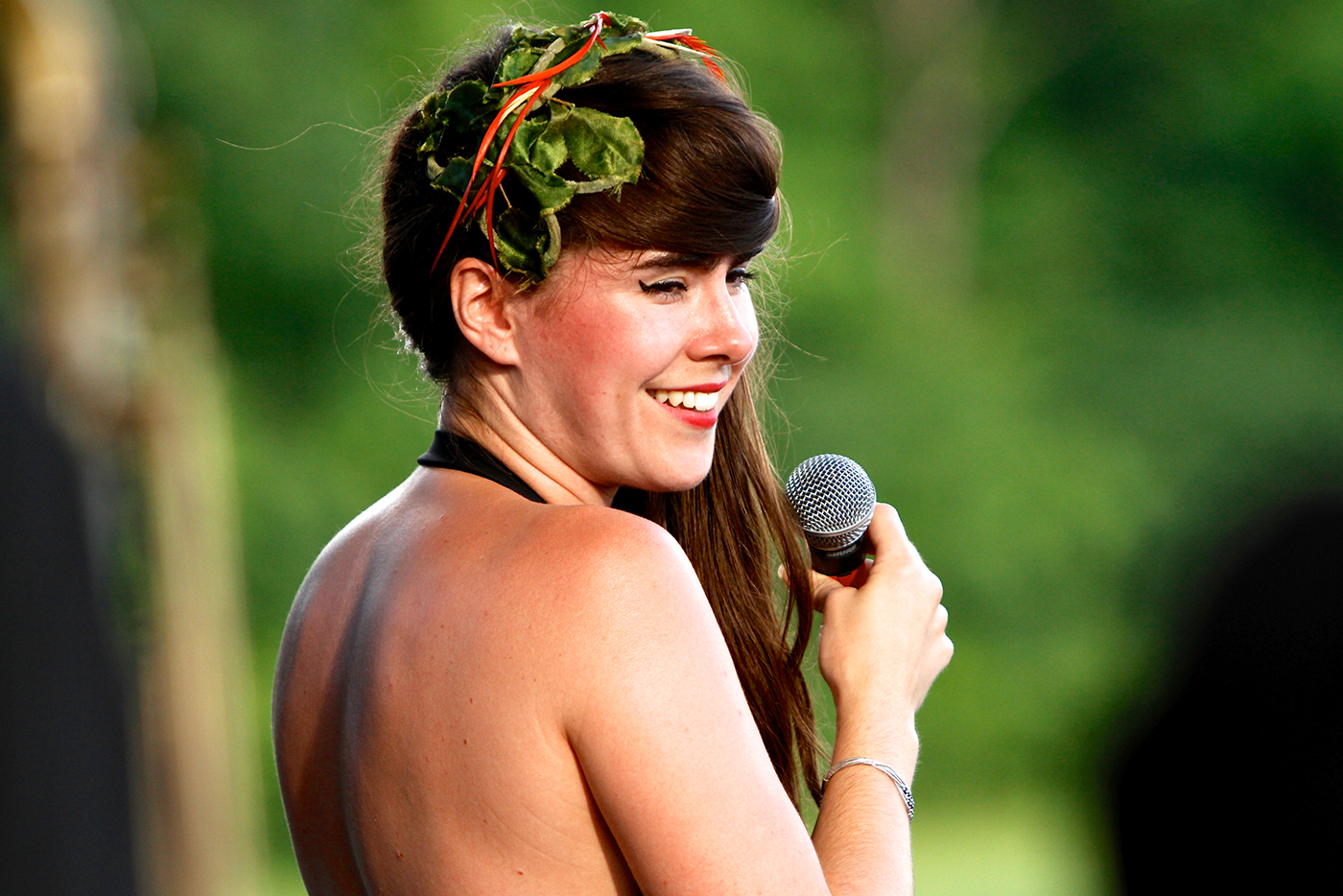 The Northeast Jazz and Wine Festival will return to Clinton Square on Friday, July 29, and Saturday, July 30. The fest will feature three stages filled with national and local acts, including Prime Time Funk, Soulplay, Atlas and the Burlington-based Kat Wright and the Indomitable Soul Band. The eight-piece group is known for their big sound and retro feel led by the powerful pipes of Wright. The band’s 6 p.m. set on Friday should be a solid opener to the event. For more details, visit nejazzwinefest.org.

On the horizon is a new album, By My Side, recorded in New York City and produced by Joel Hamilton, whose clients span Norah Jones to Aaron Neville. The band has also signed on with Madison House Booking Agency, a major move, and appeared with Bernie Sanders’ presidential campaign several times. Wright chatted with the Syracuse New Times about her band’s upcoming plans.

Tell me about By My Side and your decision to work with Joel Hamilton.

We raised $30,000 on Kickstarter to make it. Our drummer, Ezra Oklan, had worked with Joel before. He’s good at capturing a classic sound with horns and vocals, but with a really modern, new-school rhythm’n’blues, drum-and-bass sound. He’s a total wizard, and it was really a cool experience.

I’ve never had the privilege or money to work with a producer before. I just can’t believe there are people out there who can listen to your music and know how to make it better — and be right. He could edit in this efficient, intuitive, really cool and inventive way. It totally blew my mind. I talk about it like it’s a miracle, because that’s what it felt like. I’m kind of addicted to it now.

Tell me about the songs.

Half of the album are songs we’ve been performing for a while, and the other half are brand new. Some of the stuff we’d been working on and the new stuff we didn’t have attachments to. We could change arrangements and all. It’s a good mix. I’m excited to have it out. It’s funny when there are a couple years between releases. When you hear the old one you’re like, ‘That’s not me anymore!’ I’m excited to have something that represents what we are now.

We have a big, blue, 12-seat passenger van we call The Pig. I’m not sure why. (Laughs.) It’s like a traveling circus. We’re a crew, and it’s always a production. At stops it’s like, ‘Don’t let so-and-so out of your sight!’ Then they’ll go get an ice cream cone and start talking to a girl, and 20 minutes later we’re still trying to go. And we mix the travel with equal parts driving and stopping. We have our favorite swimming holes, and we’ll hop out and enjoy it. It’s a funny lifestyle, but pretty great and really fun. It’s full of laughing.

What it was like to be a Vermonter while Bernie Sanders was running for president?

Why did you pick “This Land is Your Land” as you contribution to the campaign?

When I was asked to participate I was told to find or write a song that meant a lot to me. They told me to do what was in my heart, and I should do the most meaningful thing I could to help the campaign. I chose that song and there were all these cool Burlington connections. Bernie recorded the song in 1987, and our studio is in the same building where he recorded it. He’s a terrible singer. (Laughs.) We did the best job we could interpreting this American song, and we let it speak for itself. We brought people in, arranged it and made it heartfelt. We sent it to the campaign and they shared it directly on the campaign page. There were more than 600,000 views. It’s the most meaningful experience I’ve ever had as a singer and musician.

Why was it so meaningful?

I get to perform my own music all the time, and it’s great. But putting my music and voice and heart toward a bigger cause is the most fulfilling thing I’ve ever done. I struggle with the ego involved in promoting myself. This experience of using music to say I’m with the thinkers and I’m behind this person who is fighting for so many of the things that are so overdue. That’s more gratifying than anything else I’ve ever done.

You were with the campaign when he won the New Hampshire primary.

Yes, and I feel like I could cry talking about it. There were big screens showing the news and hundreds of supporters waiting for the results to come in. It was amazing being in that room for his largest victory. It was an incredible moment. And it was like, holy shit. This weird, disheveled guy from Vermont, people are really taking notice of him. I felt hope. People talked about that with Obama, and I’m proud to have lived through his presidency, but this was pretty astounding. I’m still processing it.

How do you feel about where the campaigns are now?

I’m concerned about this election cycle. To have such polar opposites as different as Donald Trump and Hilary Clinton is really scary. It’s great that Bernie came as far as he did, and it gave me hope for the next 50 years, because young people really mobilized around him. That’s going to continue to grow.

I’m terrified that we have two candidates running who are both very establishment and very untrustworthy. I’m not happy at all with the choices. But I think and hope in four years, we’ll see the new generation of political leaders who Bernie mobilized.

It’s threefold. If you can do all three things at the same time and stick with it, you’ll be OK. 1. Stay healthy. Figure out how to take care of yourself when you’re performing a lot. It’s hard. 2. Stay organized. I struggle with this the most. Aligning the business side of things is very important. 3. Know you’ll fail a lot, and you have to keep going. Believe in yourself and whatever your thing is. Everyone’s thing is different. It’s very tempting to see what’s popular and change your thing to be like that. Believe you’re cool and you have something special. Keep yourself unique. Do you.