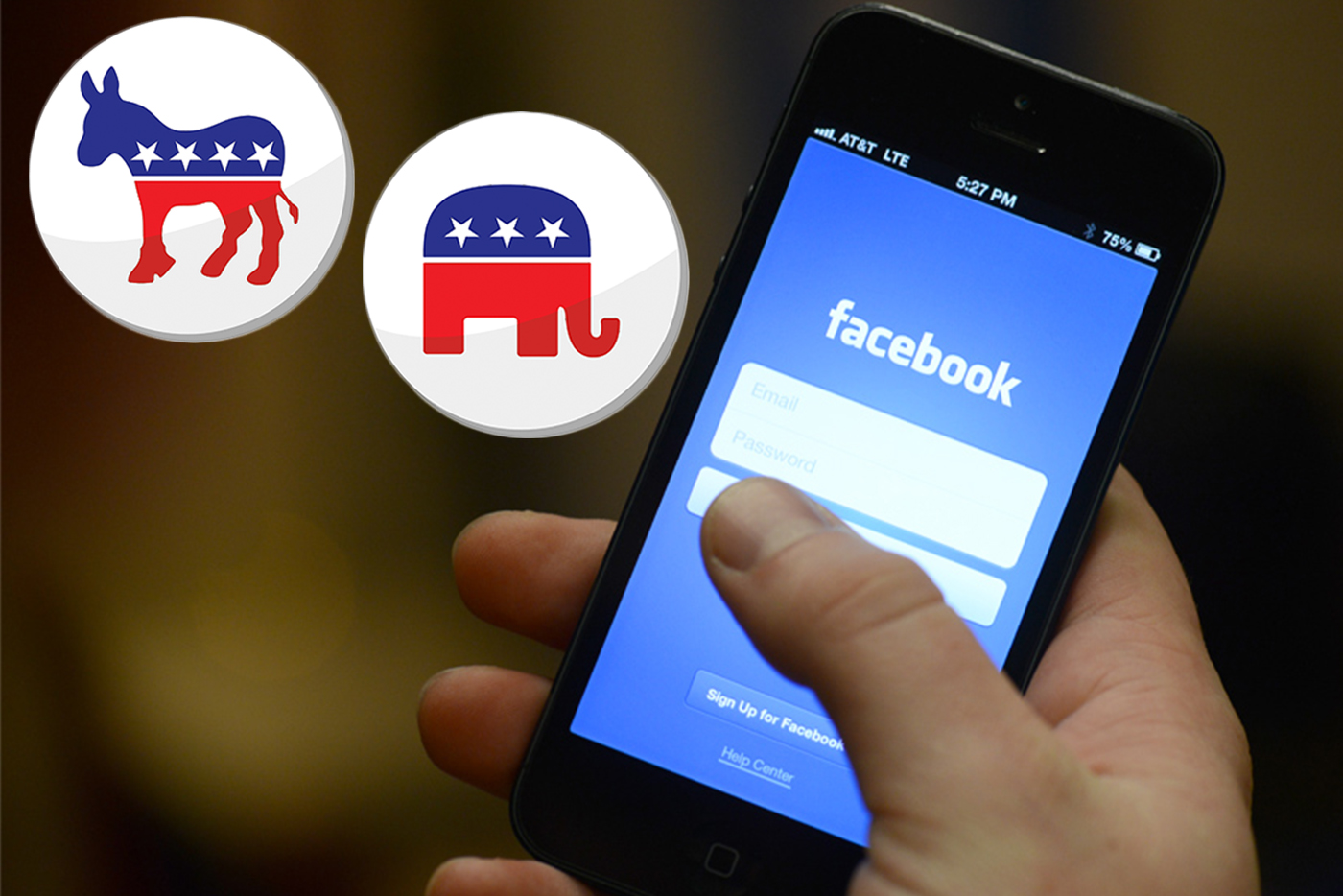 Discussing politics on Facebook doesn’t have to be so uncivilized.

So you log onto Facebook to post a photo of the dog or cat you just got. You post it and hope some of your friends will “like” it. Unfortunately, your news feed is too clogged up with statues of a naked Donald Trump.

Or you just got accepted to the college of your dreams and post your accomplishment. But it gets buried by your relative who has posted their 187th meme saying Hillary Clinton should be in prison. You think, “I’ve seen enough of this crap!” and go up to the corner and click that “unfriend” button. Problem solved. But is it?

Facebook has always been an incubator for heated political discussions that can and often do lead to intense arguments with fierce typing and capital letters, followed by unfriending sprees. But the contentious 2016 presidential election has brought those battles to new levels.

There’s a reason for that. When there’s more chickens in the hen house, more feathers get flustered. According to The Hill, nearly one-half of American Facebook users have engaged in conversation regarding the election so far this year. That’s 100 million people with 4 billion likes, comments, posts and shares.

Now, politics is a topic that is often discouraged at parties or around the dinner table — yet it happens anyway. It’s the same with Facebook. Politics belongs on the social networking site just as much as the pictures of the delicious dinner your cousin made while you eat Stouffer’s for the third night in a row.

The difference is you rarely have the impulse to comment on your cousin’s photo and say “STOP POSTING STUFF ABOUT BEANS! IT’S CHILDISH AND STUPID. NOBODY LIKES BEANS!”

See how ridiculous that sounds? It’s just as ridiculous if you replace the word “beans” with “Trump” or “Clinton.” If politics is to have Ima place on Facebook, it must come with some level of civility, peace and understanding. Most of the site’s users are adults, but sometimes you’d never be able to tell with the demeaning comments people make about candidates and sometimes about their own friends — simply because they have a different opinion.

Most of us wouldn’t tear our friends to shreds and call them a “libtard” or a “Repooplican” if we were talking to them in person — hopefully, anyway — but for some reason we think it’s different when a keyboard and screen are in front of us. But it shouldn’t be.

We are going to be acquainted with people who have a wide range of political views. There’s no getting around that. And it is indeed acceptable, and I dare say even necessary, that we engage in some of each other’s posts and statuses. Not to fling insults or burn bridges, but to keep the conversation going. It is not that difficult to disagree with a friend or relative and keep the peace. We are capable of presenting credible information, keeping a calm tone and trying to see from another’s perspective without turning it into an internet brawl. And if you can’t, you can always just simply keep scrolling.

But isn’t it just easier to unfriend that person so you wouldn’t have to see all of these posts? It seems to be a popular option. BuzzFeed even published a manual last December that laid out step-by-step instructions on “how to delete your Facebook friends who like Donald Trump.” Some don’t even bother trying to be secretive about it. They’ll just post something along the lines of “if you’re voting for so-and-so, just unfriend me right now.”

While that may help prevent seeing your uncle’s political rants until the next holiday get-together, I firmly believe it does all of us a great disservice. One of the true benefits of this unconventional election is that it has gotten many people to talk about it. While we complain about how polarized our politics have become, Facebook actually makes it even worse because it has given us the ability to simply do away with politics we don’t believe in.

The company was recently criticized for its curators weeding out trending articles about issues popular with conservatives, allegations that remain sketchy at best. But so what? We don’t need Facebook’s techie guys to play around with the content we see. By unfriending those we disagree with and un-liking pages that promote candidates we don’t like, we’re already able to tailor the news we get and the posts we see. That leaves us a one-sided viewpoint of all the statistics, messages and stories we see through one of the most popular websites in the world.

I don’t see that as doing us any favors. That’s not being open-minded. That’s not being constructive. We like to shake our fists at our government because they seem to disagree on everything. And on a lot of things, they do. But our lawmakers don’t get to click “unfriend” and remove their political opponents from the floor. They’re forced to talk, exchange ideas and find middle ground. And even if they don’t right away, they can try again. So, why can’t we hold ourselves to the same standards?

Off to the Races
Fresh Music Friday: Lake Komo
To Top