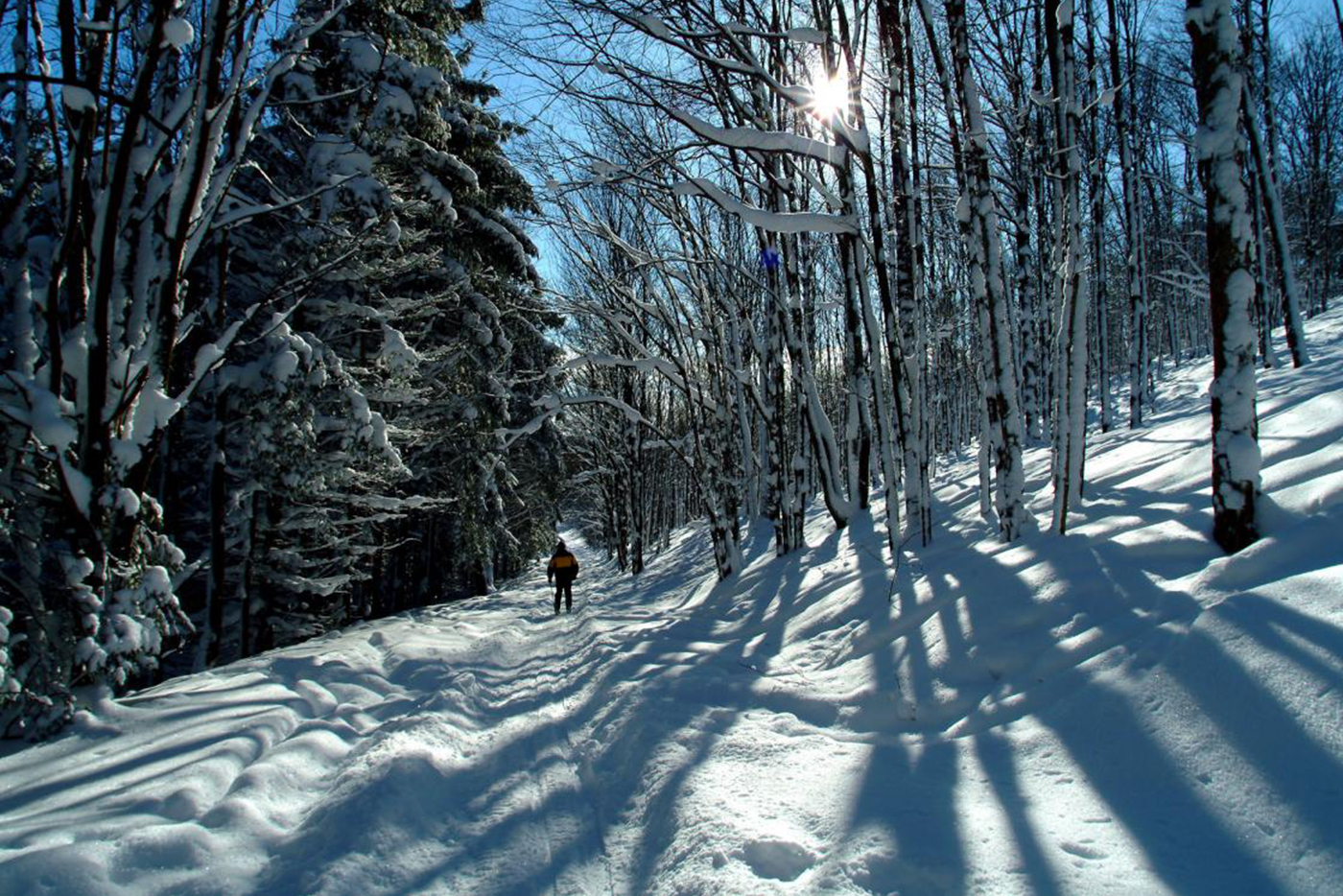 To say the least, the 2015-2016 winter was a challenging season for local ski centers. With snowfall of less than 80 inches (the average is more than 117) and a short, warm winter, Four Seasons, Toggenburg, Song Mountain, Labrador and Greek Peak scrambled to produce acceptable conditions and attract ticket buyers.

John Goodfellow, the owner of Four Seasons in Fayetteville, described the season as one of “survival.” Meanwhile, Toggenburg general manager Daryn Hickey cited the lack of snow over the Christmas holidays as one factor in a “tough season.”

But in spite of this and record-setting warmth so far this year, both are optimistic for the looming winter. Their hopes are buoyed by long-term forecasts that predict early lake effect snow, frequent storms, and greater-than-average snowfall.

Although it remains a separate business, Toggenburg, located on Route 80 in Fabius, was acquired by the owners of Greek Peak, the resort in Virgil, near Cortland, a year ago. This union offers season-pass holders at Toggenburg (520-foot vertical drop, 21 trails, two terrain parks) a range of discounts at the larger Greek Peak (952 feet vertical drop, 38 trails, three terrain parks), including free access to the Nordic ski trail system.

Season passes at Toggenburg start at $435 prior to Dec. 1, with the option of a Greek Peak upgrade, a pass good at either facility, at an additional $302. In addition, Toggenburg will offer snow tubing and has newly improved snowmaking capabilities to, in Hickey’s words, “beat Mother Nature.” Discounts for students and seniors are also available. And Greek Peak has a Nordic Center for skiers, snowshoers and fat bikes. Complete information on these deals is available at skitog.com or greekpeakmtnresort.com.

As they did last season, Song Mountain, off Route 81, Exit 14, in Tully, and Labrador Mountain, on Route 91 in Truxton, will offer an “Intermountain Passport,” a season pass good at either site. Season passes at Song Mountain (700-foot vertical drop, 24 trails, five lifts, no terrain park) begin at $389 prior to Dec. 1, as they are at Labrador (700-foot vertical drop, 22 trails, six lifts, no terrain park) and offer discounts for students and seniors.

Located in the heart of the notorious snow belt, the more modestly sized Snow Ridge in Turin (500-foot vertical drop, 22 trails, six lifts, three terrain parks) compensates for its dimensions with a whopping average snowfall of 230-plus inches, most of it lake effect, and is usually open by Thanksgiving. Season passes there start at $395 prior to Dec. 1; visit snowridge.com.

For those who are looking for “a great place to learn to ski and have some fun,” according to area owner Goodfellow, and don’t care to drive, Four Seasons Golf and Ski, on Route 5 east of Fayetteville, offers an imposing vertical drop of 100 feet, beefed-up snowmaking capabilities, a chairlift and a conveyor (aka, a “magic carpet”), rails for snowboard tricksters, snow tubing and six trails. Cross-country skis are also available for rental.

Often described as “the smallest ski area in America,” Four Seasons offers “adventure golf” during the summer and a season pass for a mere $165 as well as day passes as low as $18. Visit fourseasonsgolfandski.com.

Onondaga County Parks, including Beaver Lake Nature Center in Baldwinsville, Oneida Shores on Oneida Lake, and Highland Forest in Fabius, also offer similar options. Highland Forest, especially, is a premium winter destination, featuring 40 miles of trails, 20 of them groomed, as well as three loops for skating skiers, with cross country skis available for rental. Admission and trail fees apply at most of these areas; visit onondagacountyparks.com.

And there is the Osceola Tug Hill Ski Center in Camden with 40 kilometers of groomed trails reserved exclusively for skiers with 300 inches of snow a year. Trail fees start at $15. Visit uxcski.com or call 599-7377.