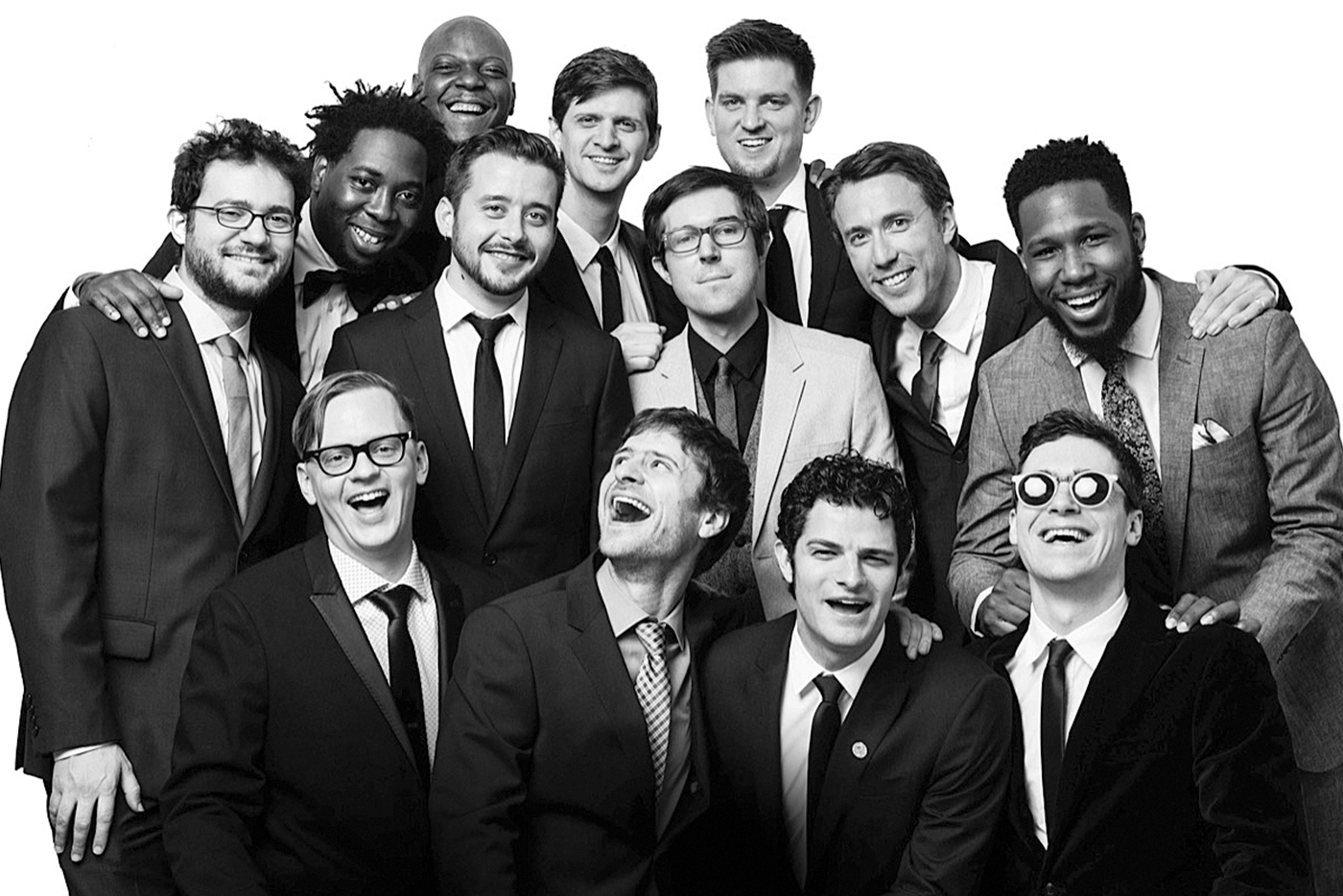 Snarky Puppy has made a solid reputation as an instrumental jazz fusion/progressive rock band. Based in Brooklyn, the group formed in 2004 in Denton, Texas, and recently released their first studio album in eight years, Culcha Vulcha.

Fresh from an international tour, Snarky Puppy began its North American leg at the New Orleans Jazz and Heritage Festival on April 28. They perform Thursday, May 5, at the Landmark Theatre, 362 S. Salina St. Local funk/hip-hop outfit Sophistafunk will open the show.

The membership shifts for different concert dates. The Syracuse band will include Jason “JT” Thomas on drums, Nate Werth on percussion, Caleb McCampbell and Shaun Martin on keys, Justin Stanton on keys and trumpet, Jay Jennings and Michael “Maz” Maher on trumpets, Chris Bullock on sax and flute, and guitarist Bob Lanzetti.

While out on the road, bass player and band leader Michael League chatted about the two-time Grammy-winning band and the new album.

When you started the band, what was the goal?

It was just a band of friends at the time and it still is to this day. I was writing music that was not exactly jazz, so I picked a group of guys at the school (University of North Texas) whom I thought could play it. One thing led to another and now it’s 12 years later. Touring and recording has always been like kids in a candy store: We love it.

Tell me about Culcha Vulcha.

It’s a nine-track album we recorded outside of El Paso, Texas, in December after our longest tour of the year. It’s similar to We Like it Here or GroundUP in that it’s an instrumental album of original music, except that we decided to make a real studio album. No cameras, no special guests, no live audience: just us in the studio with the time to really make things sound right instead of the normal pressure of live recording.

The record was particularly inspired by the music we’ve encountered during our travels over the last decade. We try to pick up little pieces of the musical cultures we experience and bring them back to the band.

Why did you record it at Sonic Ranch Studios?

Our keyboardist Bobby Sparks first told me about Sonic Ranch almost a decade ago and I never forgot about it. The studio complex is situated on one of the largest pecan farms in the world, so there’s an eerie serenity to the place. You live there while you’re recording, with three meals per day prepared by incredible Mexican cooks and 24-hour access to the studio itself. So it gives you a sense of comfort, relaxation and focus that can be missing from many recording environments. It’s just a funky place, with crazy artifacts and artwork, beautiful vintage gear, great stuff. I can’t say enough about it.

Have you ever made an album this way before?

We’ve never actually done this. All of our records have been recorded in two or three days in front of an audience. We wanted to switch up our format: movement equals life. And on the other side of that: complacency equals artistic death. I know our audience is used to the live in-studio video format, but sometimes you have to put the inspiration of the band as the priority over what you think your fans want. And this band is inspired by variety and new challenges.

This album captures influences you’ve gathered on your travels around the world. Tell me about what you brought back to the sound.

We try our best to experience as much local culture as we possibly can when we’re traveling. We’re definitely not “head back to the hotel after the show” people. As a result, we see a lot of music from around the world and meet a lot of musicians with different perspectives of life and art. Often times, we’ll take middle-of-the-night lessons with local players. You do your best to absorb what is being offered and bring it to your own musical personality in a way that isn’t pretentious or contrived.

Culcha Vulcha pulls in Turkish, Argentinian, Indian and Brazilian elements among many others, even if obscured in such a way that they are unidentifiable. At the end of the day, it’s just music. If the song means something, I don’t think there’s anything wrong with it.

What’s it like to have played more than 1,200 shows on six continents?

Tiring! And energizing as well. We wouldn’t have it any other way.

What have you learned from those experiences?

Musically, I’ve learned a lot about the importance of consistency. There’s never an excuse for not playing with your whole heart and focus. If you do, there’s no point in making music. I’ve also found that musicians play best when they feel comfortable, happy and free. A player performing the exact part with a closed-off heart can end up being less musical than someone playing the wrong part with the right attitude.

On the human side, I’ve learned a lot about loyalty, faith and unconditional love. When you spend that degree of time together with practically no privacy, the people around you become your family. And with that comes a multitude of other complex things. You have to stick together through it all until you really love the people for all of who they are — not just who they are when they’re at their best. And you need faith to believe that each person will always be trying to improve as both a musician and a human.

Take care of the music first: This is the centerpiece around which your whole business structure is based. Beyond that, we all need help to progress in the music world. People are more likely to put effort into helping a band that they are moved by and will often go to extreme lengths to do so. But they’ll only do it if they believe in you as a person, so integrity and a good attitude are just as essential to career growth.

Snarky Puppy and opening act Sophistafunk perform Thursday, May 5, 7 p.m., at the Landmark Theatre, 362 S. Salina St. Tickets are $30 and available at landmarktheatre.org or by calling 475-7979. A free mentoring session with the players takes place at the Landmark from 4:30 to 5:25 p.m., followed by an appearance at Sound Garden, 310 W. Jefferson St. The session is open to the public.