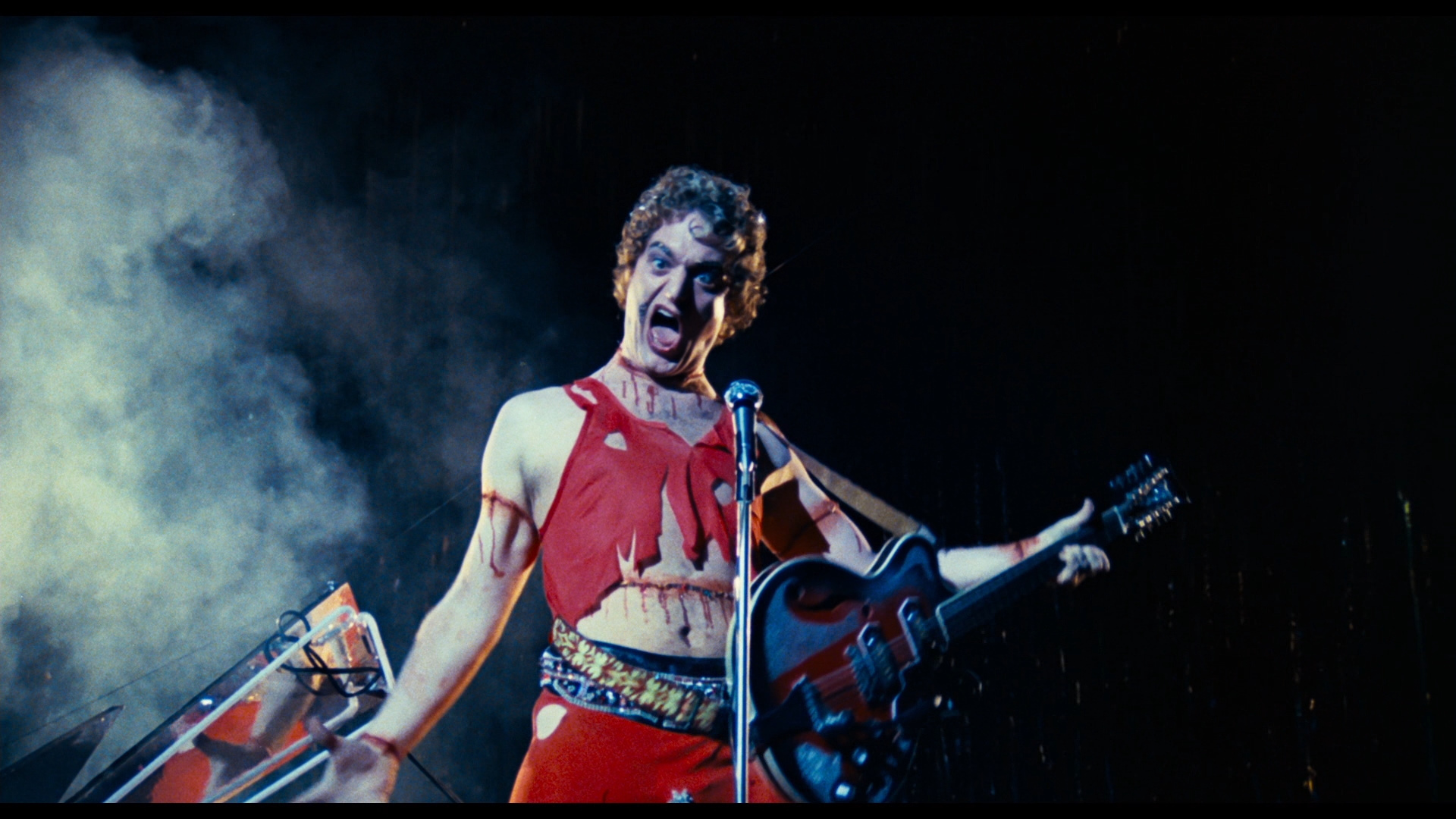 Horror movies and guest stars will be on deck April 28.

Gore, giggles and Gerrit Graham are on the menu of marathon mayhem during the 13th annual Salt City Horror Fest, which runs from 11 a.m. to 2 a.m. on Saturday, April 28, at Eastwood’s Palace Theatre, 2384 James St.

An unsettling octet of demented treats will unwind in old-school 35mm prints, accompanied by several celebrities who have connections to the movies that will be presented. Admission is $35; visit saltcityhorrorfest.com for information.

Things go immediately downhill, however, with the 12:50 p.m. showing of The Manson Massacre, a sleazy, no-budget 1971 exploitationer that didn’t surface locally until its August 1976 premieres at the former Penn Can Mall Cinemas and Lakeshore Drive-In. Since every dog has its day, expect this bowwow to pop up again next year when director Quentin Tarantino’s cinematic take on the Charles Manson saga will be released.

Gerrit Graham takes center stage to chat about his lengthy career at 1:55 p.m., followed at 2:35 p.m. with his performance in the title role of C.H.U.D. 2: Bud the Chud (1989), directed by David Irving, who will also be on hand at the showing. The afternoon concludes with the 4:35 p.m. screening of Creepshow 2 (1987), notable for the final screen appearance of sarong queen Dorothy Lamour.

Following a 6 p.m. VIP dinner with the fest guests (admission is an extra $30 and seating is limited) will be the 6:45 p.m. showing of Phantom of the Paradise (1974), director Brian DePalma’s inspired musical that merges Faust with Phantom of the Opera. The record-biz satire was a box-office bust yet has earned a deserved cult following, especially with composer Paul Williams’ great score and Gerrit Graham’s manic turn as an Alice Cooper-styled fop rocker named Beef.

At 8:25 p.m., guest Denise Crosby will regale the fest crowd with tales from her career on TV’s Star Trek: The Next Generation, followed by the 8:55 p.m. screening of 1989’s Pet Sematary, one of the better Stephen King movie adaptations.

As the evening winds down, Carey Eidel will take time from his day job as executive director of the Auburn Public Theater to chat about his career as an actor at 10:45 p.m. Eidel’s 1984 cult flick C.H.U.D., which means “cannibalistic humanoid underground dweller,” will unspool at 11 p.m. in an uncut version. And the fest bids farewell with a 12:35 a.m. showing of TerrorVision (1986), a science-fiction satire with Gerrit Graham once again demonstrating his scene-stealing skills amid the campy goofiness.