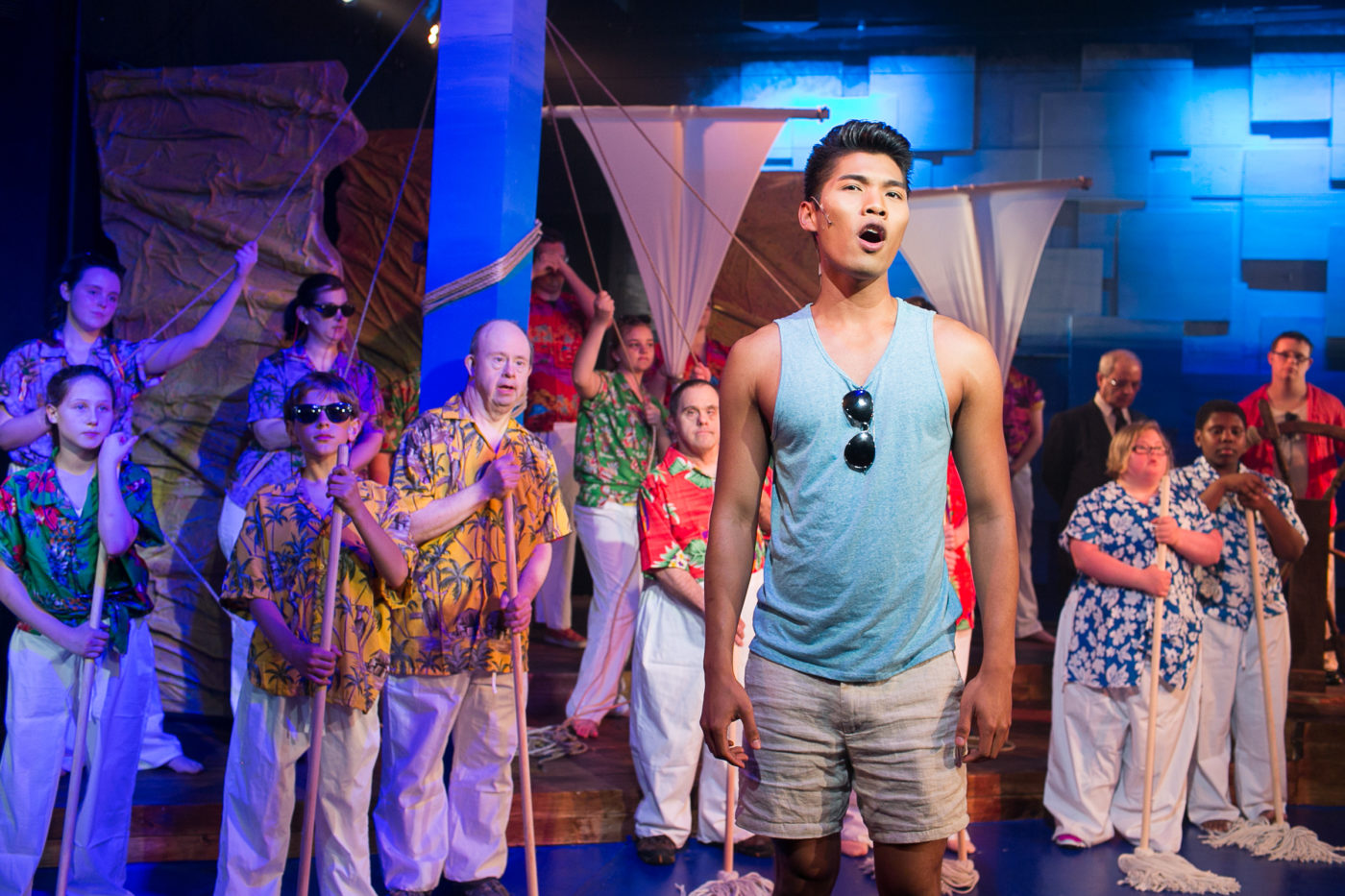 Redhouse’s production of Hans Christian Anderson’s “The Little Mermaid” tale is sure to keep your spirits afloat.

Disney mega-musicals, which are stage transformations of film properties, enjoy a well-deserved high reputation with audiences. Consider how long The Lion King has been a box-office champ. We don’t often catch them in this part of the world because they are usually thought to be destination productions that you have to drive to see.

Enter fearless director Stephen Svoboda, who works logistical miracles the way a lesser man might pedal his bicycle. For The Little Mermaid (through June 25), there are more than 70 people on stage at the Redhouse Arts Center, plus more costume changes than you could count. Along the way, Mermaid is witty, allusive, magical, hilarious and touching.

Saying this is Disney’s Little Mermaid, not Hans Christian Andersen’s Mermaid, means two things. First, the original tragic ending that caused the Danes to erect a statue to the Mermaid in Copenhagen Harbor has been scrubbed. Secondly, the musical team, headed by composer Alan Menken with lyricists Glenn Slater and Howard Ashman, delivers a stronger score than the show’s initial shortish run (only a year) might imply, with clever allusions that run as wide as calypso to Kurt Weill and Bertolt Brecht.

The Disney people generally cling to Andersen for other story elements. A naïve human prince, Eric (Thai-born baritone Napat Mingkwanyuen), is smitten with a beautiful voice he hears from the sea. It belongs to the redhaired mermaid Ariel (Shelley Cooper), a species Eric and his scowling adviser Grimsby (Navroz Dabu) think is mythical. Below the surface, Ariel and her pal Flounder (David Griffith) cannot grasp the world of humans, especially when they are confused by the misinformation of the talkative crab Scuttle (David Cotter).

Of more immediate concern, Ariel and Flounder are caught in a sibling civil war between her benign father, King Triton (Jeffrey Hyman), all dressed in white, and Ariel’s aunt Ursula (Julia Goretsky), a vicious black octopus with long tentacles and a huge pile of frosty white hair. Triton is assisted by his court composer, Sebastian (LaRon Grant) the crab, who speaks with a Jamaican accent. When Eric falls overboard, Ariel falls in love with him but can only be with him by becoming human, for which she must pay an exacting price.

Musical assignments, managed by Bridget Moriarty, are distributed widely, including to characters not cited here. As is the pattern at the Redhouse, director Svoboda imports voices for some of the most demanding roles and brings the best out of prime local talents for the others. His find in this production is baritone Napat Mingkwanyuen, a singer with substantial national and international credits for the role of Prince Eric, starting with his intro number, “Fathoms Below.”

Company regular Shelley Cooper already won her star with lead roles in the recent dual productions of A Midsummer Night’s Dream and Into the Woods, but here she is both a comic and tragic heroine. As Ursula, powerhouse Julia Goretsky, last seen as Emma Goldman in Ragtime, is the major scene-stealer in this huge production. When you dominate a cast topping 70, that’s grand theft musicale