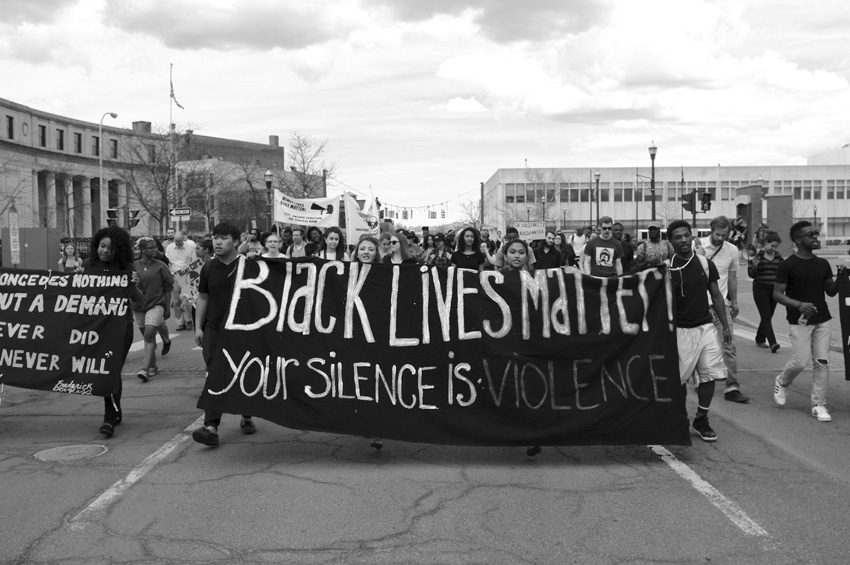 What we need now is a recommitment to Say Yes

If we could see before and after pictures of the streets of Baltimore that were the scene of (first and foremost) peaceful protests and then (when the cameras were rolling) violence and looting, the contrast would be easy to describe. A very poor neighborhood just got poorer.

It wasn’t just about the police and how they treated Freddie Gray. People much closer to the scene than you or me have observed that the anger that took over the streets of Baltimore has been percolating for a long time. The killing of Gray was the match that lit the fuse for days of street fighting and looting. Say what you want about the choices made by individuals, the social context is inescapable: The anger is fueled by poverty and lack of opportunity.

Maryland is the wealthiest state in the nation, and yet in her greatest city, Baltimore, more than a quarter of the people live in poverty. According to the Census Bureau, in 2013, Baltimore ranked 131st among U.S. cities in terms of the percentage of people living below the poverty line.

Syracuse? We were No. 23, and that was a big improvement over the previous year. Fully a third of Syracusans are poor.

In Baltimore, 68 percent of high school students graduate in four years. In Syracuse, our graduation rate is slowly improving, but still barely more than half graduate on time: 51.1 percent graduate in June, a figure that increases to 56.8 percent by August. Truth is, we aren’t doing as well as Baltimore in either education or dealing with poverty. So when people wonder if it can happen here, I think that the real question is: When will it happen here?

When poverty, crime and hopelessness collide, two groups of people are always at that intersection: teachers and the police. It’s easy to blame the police, and if the charges leveled by Baltimore prosecutor Marilyn Mosby hold up, they should be blamed for Freddie Gray’s death. But they can’t be blamed for an economy that leaves too many city people without hope, without opportunity.

Whenever the discussion turns to opportunity, we have to talk about education. Eliminating barriers to graduating from high school and helping more urban youth get to college and succeed: That’s a surefire way to help families, neighborhoods and cities climb out of poverty. What we like to do instead is to blame the teachers for failed schools and the cops for dangerous streets.

City of Syracuse Mayor Stephanie Miner, Onondaga County Executive Joanie Mahoney and then-Syracuse University Chancellor Nancy Cantor all endorsed Say Yes to Education because it offered scholarships as an incentive for our kids to finish school plus the social supports needed for those kids to make it.

We have allowed the simple promise of Say Yes to get swallowed in what starts to sound, in the face of such an enormous need, like petty bickering. Teachers have never been fully on board with Say Yes because they were not invited to help shape it and instead perceive it as an imposition from outside. Parents, administrators and outside experts have criticized the after-school programs for kids as uneven, poorly planned, and sometimes unproductive. And frankly, teachers battered by state mandates and violence in their own classrooms and hallways can’t be blamed for operating in survival mode.

But, as Say Yes national president Mary Anne Schmitt-Carey points out, Onondaga County has taken on a much larger role in providing health and social services to needy kids as a result of collaboration with the Syracuse school district. All of the Say Yes supports are now locally owned and driven, and Schmitt-Carey’s organization recommitted last week to backing the scholarships. We can’t let that promise fade.

One reason Say Yes inspired so much hope in 2008 was that it brought together the city, the school district, the county, the university, and private partners to work together on behalf of our kids. What we need now is a recommitment from all those partners. We’ve seen too many good ideas drown in our own pessimism. From the mayor, from the Central New York Community Foundation, from the superintendent on down, we need to hear an affirmation of Say Yes. The alternative is too harsh to bear.

News and Blues
Pedal Pushers Born to be Mild
To Top