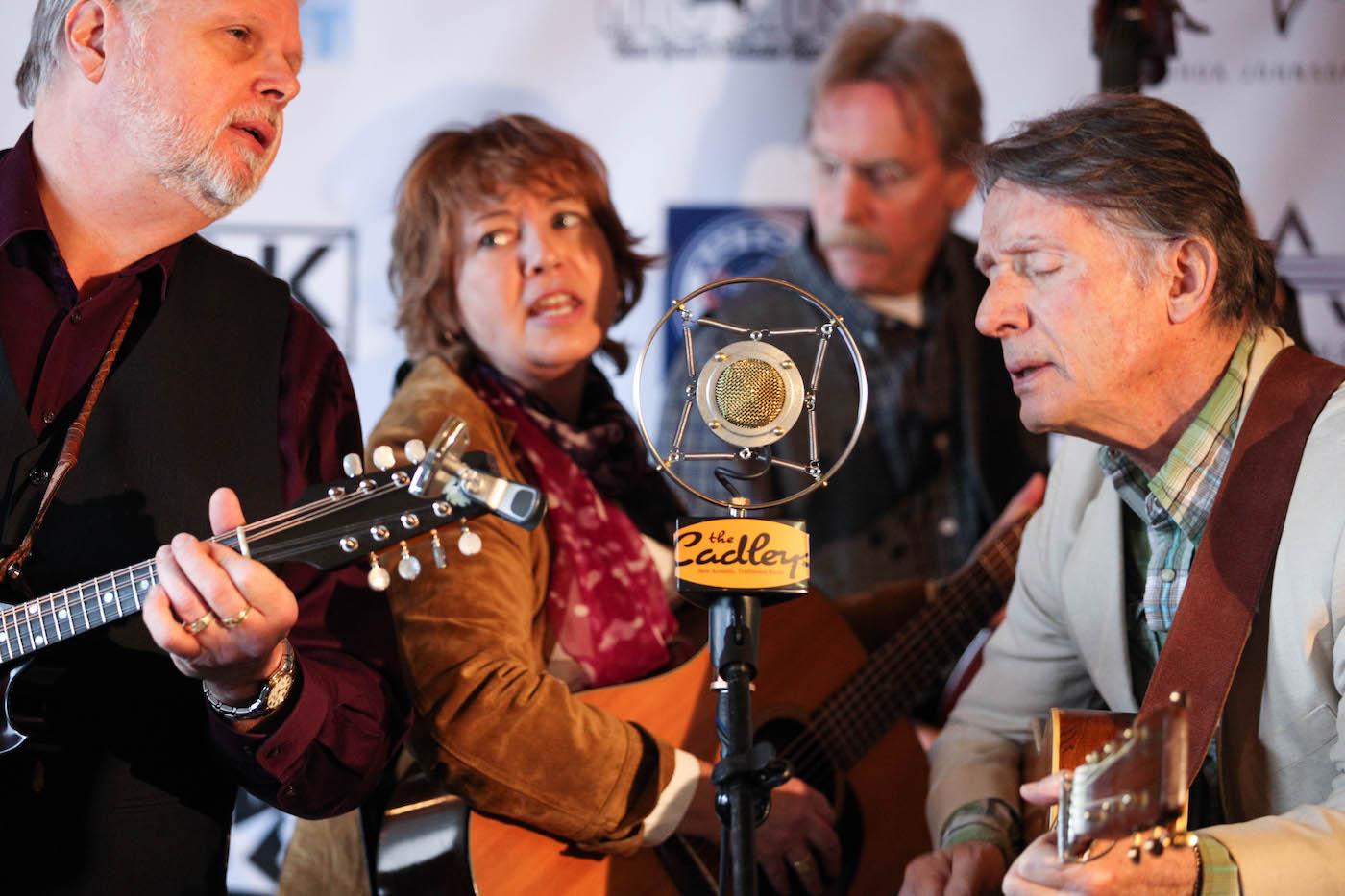 Various honorary awards to be presented at 2017 SAMMYs.

The Sammys board held a Feb. 8 press conference in the café section of Eastwood’s Palace Theatre. The Cadleys strummed and plucked soul-filled bluegrass before WAQX-FM 95.7 (95X) personalities Scott Dixon, Dave Frisina and others took to the lectern to announce this year’s nominees.

This year Buffalo-born prominent prog rock outfit moe. will be one of four Hall of Fame inductees to be etched into Central New York’s rich music history. The core members hail from Oneida County and have released 24 albums in nearly 30 years of performing together. The other quintet inducted is Jukin’ Bone, which formed in the late 1960s as Free Will. Vocalist Joe Whiting, guitarists Mark Doyle and George Egosarian, bassist John DeMaso and drummer Tom Glaister were featured on their 1971 RCA release Whiskey Woman. The last time they reunited for a live performance was for a 1993 Sammys ceremony.

Musicians Meegan Voss and Paul Case will also be inducted into the Hall of Fame. Voss, a singer-songwriter affiliated with Robert Cray and Solomon Burke among others, came onto the scene in the late 1970s with her alt-rock all-female outfit The Poptarts. She’s still in the business as well as Case, a Sylvan Beach native and blues-rock guitarist. The current Old Forge resident has shared the stage with Muddy Waters, John Lee Hooker, Lou Reed and many others.

Anthony and Patricia DeAngelis will be honored as Music Educators of the Year. They met at Syracuse University, they’ve been married for 60-plus years and their combined influence is immeasurable. The two continue to be influential members of the performance art community.

Syracuse University and Nottingham High School alum Vincent Falcone will receive the Lifetime Achievement Award. The military and musical veteran started his career in 1963, performed with myriad notable performers (including Robert Goulet, Jack Jones and Frank Sinatra) and served as a teacher and influencer for several local musicians. Syracuse New Times photographer and Hammond B-3 player Michael Davis was one of those Salt City musicmakers.

“Back in the late 1960s the only store in town that sold Hammond organs was Clark Music on Erie Boulevard,” Davis recalled. “I was just a kid playing very average guitar in a band but thought that I might be more valuable as a musician if I played another instrument. Organ, I thought, would be a good fit. Of course, the king of organs was the Hammond B-3. Very expensive, and to me at the time, very complicated to operate. I started to drop by Clark Music to gaze at the B-3s.

“One time a very well dressed and hip salesman came up to me and started to talk to me about the instrument. I’m sure he knew I was clueless about the Hammond and could be certain I wasn’t going to be buying one anytime soon. Vince Falcone sat behind the Hammond, played some Jimmy Smith-style jazz organ, explained to me how to get that sound and gave me what amounted to an insider’s lesson in all things Hammond organ. I stopped by the music store several more times. Vince was always kind and encouraging. I really didn’t know him very well but I did know he was a class act.”

The typically sold out Sammys Hall of Fame induction ceremony returns to the upstairs room at the Dinosaur Bar-B-Que, 246 Willow St., on Thursday, March 2, 7 p.m. Tickets can be purchased for $25.

The Sammy Awards ceremony will take place Friday, March 3, 7 p.m., at the Palace Theatre, 2384 James St. Performers will include the aforementioned moe. as well as the Spring Street Family Band, Chris Taylor and the Custom Taylor Band, The Ripcords with the Boneyard Horns, and Curtis “Tallbucks” McDowell and the Brownskin Band with special guest Bobby Green. Tickets are $20, and are happening at the Sound Garden, 310 Jefferson St., or at syracuseareamusic.com.

The Sammys People’s Choice Awards voting is currently available online at syracuseareamusic.com/peopleschoice. Choose your favorite artist or band, favorite venue to see live music and favorite festival or music series. Votes are accepted once per day.