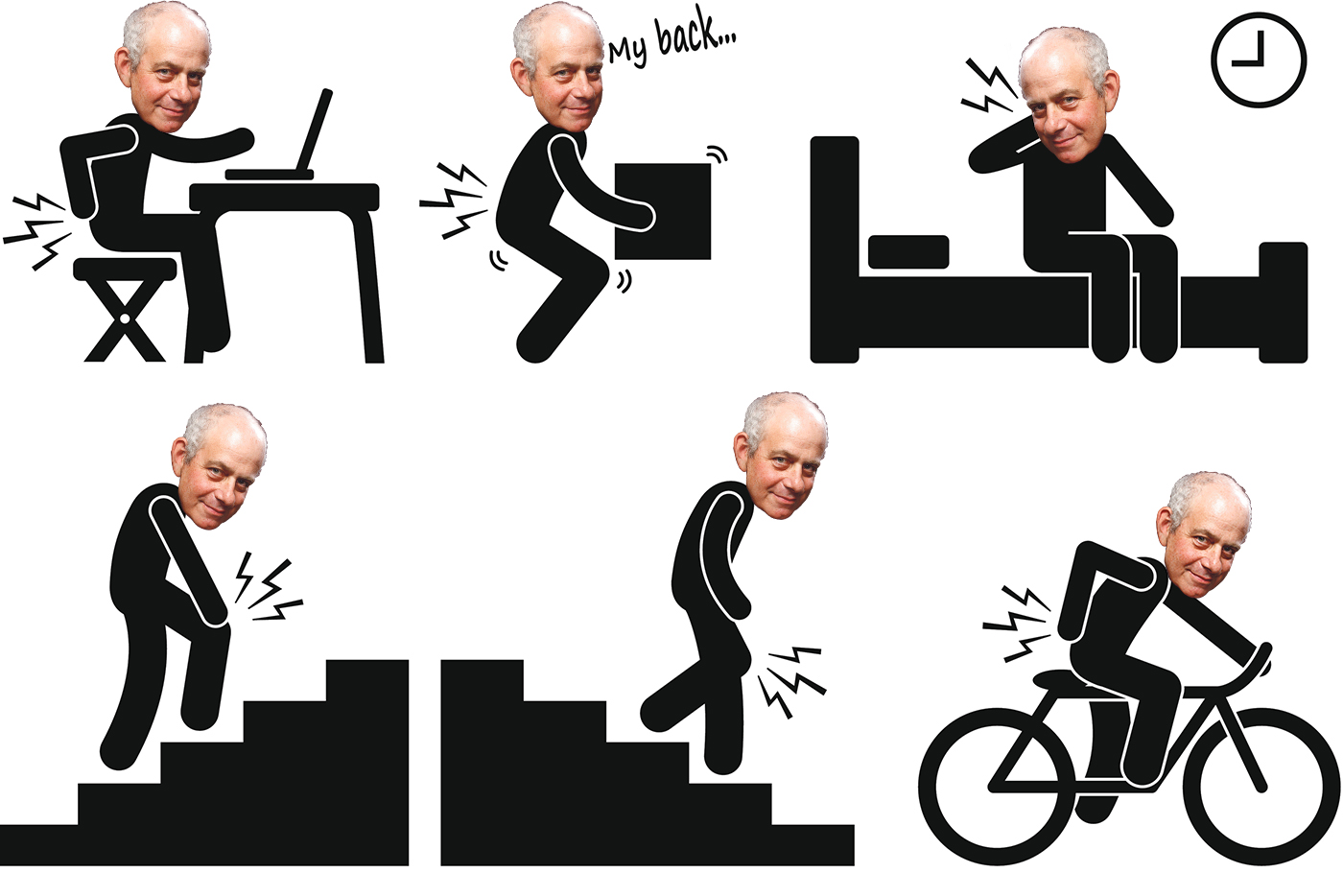 The winter months has the humor columnist in a funk.

This week’s humor column is about aging and mortality and the horrible suffering that accompanies the process. Hey, it’s winter in Syracuse. What do you want from me? Showgirls popping out of a cake?

Here’s the breakdown: My back hurts. My shoulder hurts. I have tennis elbow, and I don’t even play tennis. My head contains a bottomless pool of guck that drips into my lungs, making the simple act of watching my wife shovel snow exhausting.

And those are just the infirmities I can rely on. Throw in a neck twinge here, a spike of heartburn there, a fleeting-but-unnerving swelling of the foot or ankle, and there you have it: the beginning of the end, the inexorable slide into the eternal abyss. At this rate I’ll be gone by Valentine’s Day, the one plus being … I’ll be gone by Valentine’s Day.

Well, maybe not so fast. I am curious to see what new taxpayer-financed fandangle Gov. Andrew Cuomo will give our county executive, Joanie Mahoney, this year as a monument to their ardor. An Empire State Building in Elbridge. Gondolas in Geddes? A sun temple in Solvay? As long as it’s built outside the Syracuse line and we don’t need it, it’s sure to win Joanie’s heart, all six chambers.

Obviously, some of my malaise is my fault. I’m not by nature a “positive person” and this time of year brings out my darkest aspects. No doubt it would help my mood if I stopped locking myself in the bathroom with a bottle of maple rye and watching David Bowie’s “Lazarus” video until I fall asleep on a wet bath towel.

Now there was a man with a plan. Bowie showed remarkable courage and creativity in his final days. Who has the energy to kick it like that? Here I am, sucking down coffee and Red Bull like there’s no tomorrow, and I can’t even stay awake for two segments of Time Warner Cable’s Capital Tonight. OK, maybe I should cut myself a break there, but the point still holds.

Actually, I like Capital Tonight, especially when Joanie and Syracuse Mayor Stephanie Miner appear together. It’s like our very own Tribal Council of Survivor. One of these nights, I imagine that host Liz Benjamin will turn to our county executress and say: “Joanie, would you ever give the immunity idol to Andrew if it turned out that Andrew was still being investigated by U.S. Attorney Preet Bharara?”

Speaking of Time Warner, the cable giant isn’t exactly chasing my winter blues away. One morning last week we lost cable and internet service at the house. A helpful Time Warner phone person attempted to remotely reset our cable box. When that failed, I was told to try a manual reset. So there I was at 5:20 a.m., hunched over the box in the ergonomically correct “Quasimodo” position” when my lower spine did the equivalent of an unscheduled switch to Direct TV.

“Gosh!” I exclaimed to the helpful Time Warner phone person.

The manual reset didn’t work either. Later that day, a Time Warner home visit person informed my wife (I was in the bathroom watching the “Lazarus” video) that the guy who plows our driveway had plowed over the cable, severing it. The subtle implication was that this was somehow our fault — as if we’re the ones who strung a cable a few feet from a driveway that gets plowed every winter. Karma awaits these people. Thanks to free Internet streaming, cable and satellite TV will soon be as dead as I will be.

Until then, I’ll continue to enjoy the one part of my body that still feels great, and no, it’s not what you’re thinking. It’s my artificial knee implant. Glenn Frey of The Eagles could write a song about the depths I’ve reached, but now he’s gone, too. At least his songs will live on in car ads and cheap parodies like this one:

You know what they say about the Hotel California and Syracuse in winter: You can check out anytime you like, but you can never leave.