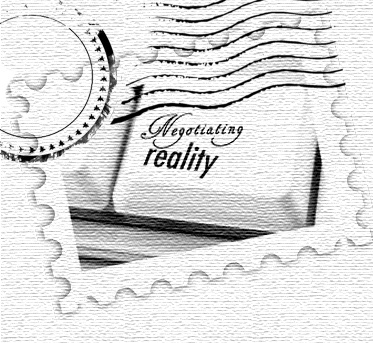 The website suggested I use a private delivery service

I recently had an experience so frustrating that I was left frozen in disbelief. I didn’t even have the energy to scream, curse or bang my head against the wall. All I can do is write about it, so others can learn from my experience and not suffer the same fate. This is what happened:

I ordered a copy of a death certificate for my mother, who died more than a decade ago. After duly filling out all the information online, I was directed by the city’s website to a private company, which would obtain the document for me (and charge a hefty fee to do so).  Since I’d moved away in the years after her death, I agreed to the charge. Just before my transaction was completed, the website suggested I use a private delivery service, rather than the U.S. Postal Service, so my document wouldn’t get lost in the mail.  Well, I figured if the first unreasonable fee was worth it to get the document, a second one was, too. After all, I told myself, we’re talking safety and security here, right? And I really wanted the package to get to me. So, rather than use the U.S. Postal Service free of charge, I paid a second fee and waited for the package to arrive.

Not many days later, it did. Sort of.  By chance, I happened to be home when it arrived but slow of foot. So off the package went with a note left behind saying it had to be signed for.  I called the Philippines or South Korea or perhaps Belarus.

Someone explained to me in long, numbing detail and poor English exactly why the package had to be signed for, no exceptions (sender request) and that the alternative was to pick up the package at a distribution center, which they said was 15 miles from my home.

I explained that I would be away at work during future delivery hours, but agreed to pick up the package at the delivery center. I figured I could go there on the weekend, since it was open only 9:30 a.m. to 6 p.m.

After I had received two nice notes informing me that the package had passed by my house again twice, I assumed it was now resting safely in the delivery center ready for weekend pick-up.  I called the company back to confirm this and discovered the delivery center didn’t allow pick-ups on weekends.  Oh, well.

The person on the other end of the phone then suggested, in a tone indicating great kindness, that I have the package delivered to and signed for by a neighbor.  I explained to her that I don’t live in 1948 and that all my neighbors work.  She made one final gesture of great good will: When sending the package back to its source, she offered, they can put a note on it stating I would prefer the package to be delivered with no signature required.  But she couldn’t guarantee that will happen.

So when I make my next request for the same certificate and pay the same excessive fee again, I am going to make one change to my order.  I will demand it be sent by the U.S. Postal Service.  It may not be safe, but at least there’s a chance I’ll get it.

To find out more about the United States Postal Service go here.

Points of Reference
Fireball UFOs are Back
To Top