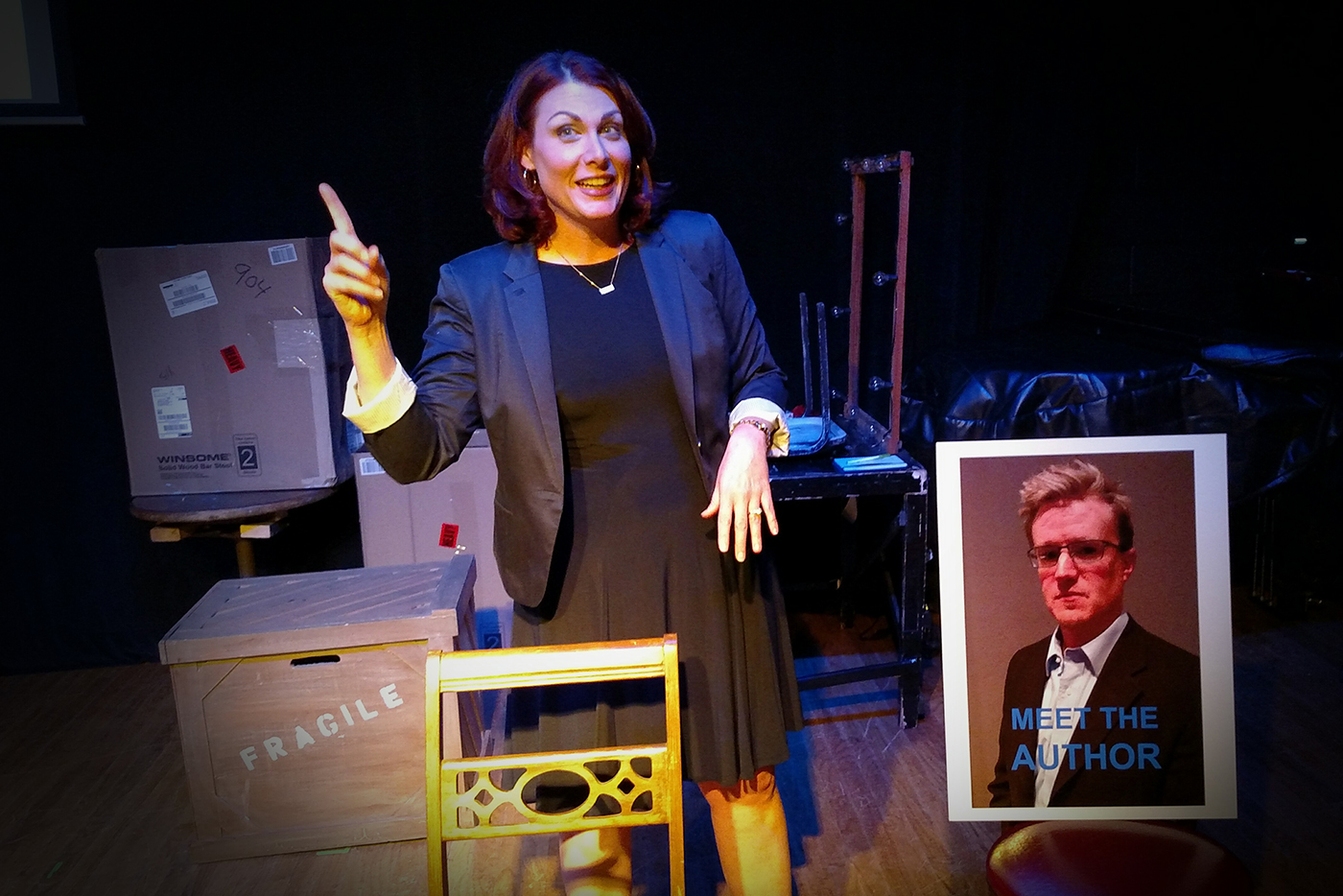 Most musicals celebrate the discovery of love, the triumph of love over obstacles, or the fulfillment of love in happily wedded bliss. Trying to know the depth of love in an affair and marriage after they ended, causing pain to both parties, calls for an unconventional package.

In Jason Robert Brown’s confessedly autobiographical The Last Five Years — a Rarely Done Productions mounting running through May 6 at Jazz Central, 441 E. Washington St. — he allows the character singing for him, Jamie Wellerstein (played by Paul Thompson), to give his side, just as the one singing for his ex, Catherine Hiatt (Aubry Panek), is to give her version of events. This is not divorce court. Instead, his narrative advances forward as hers is told in reverse time simultaneously.

Think of Five Years as a cross between I Do! I Do! and Harold Pinter’s Betrayal, but it’s also autobiographical. Not only is Five Years not hard to follow, but the device makes increasing sense as a means of addressing the vanished bright promise and anguish of loss the composer feels. The singers do not ignore each other. One is available to play a supporting role in a number timed for his or her trajectory. Dramatically, this means that every emotion is bracketed, every lament linked with what joy there was, every celebration with an adumbration of regret.

Jason Robert Brown was a young composer on the rise, with a 1999 Tony Award for the score of Alfred Uhry’s Parade, when Five Years opened in 2002. His counterpart is hot young Jewish author Jamie, hitting it big when John Updike was still reviewing for the The New Yorker and Borders was an important book retailer. He falls giddily in love with a “Shiksa Goddess,” the title of his exuberant first number, an Irish Catholic from Ohio. One key line reads, “I could be in love with someone like you,” in which he iterates all the negatives he would gladly tolerate for the love of her, like a pierced tongue or a shaved head. So what’s a little ethnic and religious difference?

Just before this Catherine has begun the double song cycle with the somber “Still Hurting,” lamenting her loss and devastation. Such a drastic shift in tone goes a long way toward explaining why director Dan Tursi still champions this show and why it needs his deft hand. The pace keeps changing direction and challenges audiences. Both singers express themselves as much bodily as they do musically. Not only are there constant radically different costume changes, but both singers adopt contrasting dramatic masks, comic and tragic.

Aubry Panek, long associated with Rarely Done, brings all the required assets. Starting out as a wounded butterfly, she is hilarious with “A Summer in Ohio,” surveying the travails of being within shouting distance of Cincinnati. Although some of Brown’s compositions sound a bit like Billy Joel, his lyrics often embrace witty wordplay, like an American Noel Coward. This invites Panek, a Syracuse New Times Syracuse Area Live Theater (SALT) winner, to sparkle in “I Can Do Better Than That,” as the young Catherine complains about the limits of growing up in the sticks.

Brown’s real-life wife Theresa O’Neill sued to have certain lines in The Last Five Years removed for reasons of her own. On the evidence within the show, Brown has deep empathy for what women feel and what Catherine wanted in their relationship, even though he eventually becomes the villain who crushes the idyll.

Tenor Paul Thompson, a welcome newcomer, is also highly physical. Active with the Baldwinsville Theatre Guild, he stopped the show with “Let the People Sing” in the January 2014 landmark production of Les Misérables. When he’s first discovering love here in the first act, he scampers over packing crates and furniture like a collie dog, never missing a note. Like Panek, he’s light-footed and adroit with Brown’s comic wordplay, most notably in the Yiddish-themed mock holiday ditty, “The Schmuel Song,” sung in front of a Christmas tree.

Given The Last Five Years’ unconventional structure, we should not be surprised that it has two climaxes, one sweet, the other filled with pathos. The first comes where the two narratives cross and the lovers are at equilibrium. “The Next Ten Minutes” is the celebration of their marriage, when all the negatives are forgotten. The second is Catherine’s very last song, “Goodbye Until Tomorrow,” when we know her new love is doomed.

Along with his splendid casting, Tursi indicates his deep regard for The Last Five Years by contracting top musical director Abel Searor, who leads an ensemble of three: piano, violin and guitar. All five performers lend the show a high professional gloss.